African-Americans And The United States Constitution 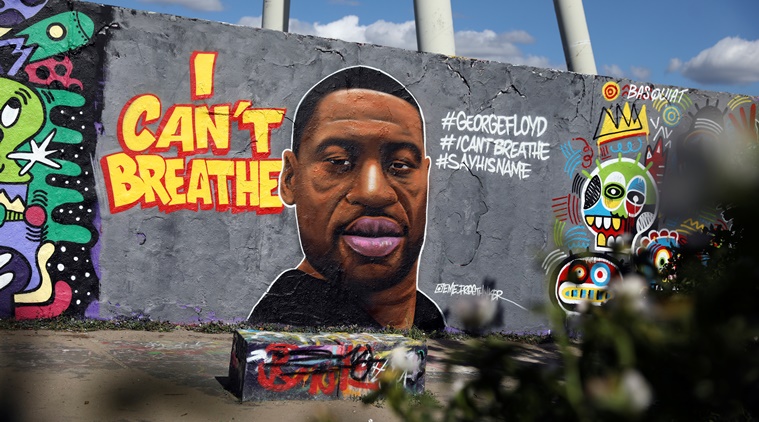 'I can't breathe!' These were the last words of George Floyd, an African-American citizen of the United States of America who died due to police brutality, recently. Floyd was arrested for allegedly using counterfeit currency for buying cigarettes. He was pinned down by officer Derek Chauvin who knelt Floyd's neck for over nine minutes, causing his death. Immediately after, the...

'I can't breathe!' These were the last words of George Floyd, an African-American citizen of the United States of America who died due to police brutality, recently. Floyd was arrested for allegedly using counterfeit currency for buying cigarettes. He was pinned down by officer Derek Chauvin who knelt Floyd's neck for over nine minutes, causing his death. Immediately after, the Police Department fired all the four officers involved in the episode, and Mr. Chauvin (the officer who pinned Mr. Floyd) was charged with murder, while the others were charged with abetment to murder.

This tragic episode has resulted in wide scale protests where Americans have taken to streets, highlighting issues of racism in the country and police brutality. The demand for equal treatment (in practice) has a long history attached to it. Unlike India, not all communities in USA were considered equals as per their original Constitution. The African Americans achieved equality after long drawn political, legal and social battles. In the present post, I aim to discuss this journey. This discussion is extremely important, given the recent events in USA and the call for truly achieving equality.

Before I proceed, it would be beneficial to briefly explain aspects of the American legal system and how they are different from India. USA follows a strict federal setup of governance wherein the federal government (US Const. art. 1 § 8) and the state governments have respective designated fields on which they can make laws. The fields for the federal government are limited (inter alia including collection of taxes for common defence and general welfare, regulation of commerce, establishment of post offices, constitution of federal courts etc.) and the remaining fields fall within the domain of the states, making them more powerful, unlike India.

In comparison to India, the procedure for amending the Federal Constitution is relatively tedious. The Constitution can be amended in two ways. First, on a proposal by 2/3 members of both Houses of Congress and second, by an Application of the Legislatures of 2/3 of several states, calling for a Convention. In both these cases, the proposed amendment shall be passed, if it is ratified by the Legislature of ¾ states. Due to the tedious process involved, US prefers the route of passing legislations rather than amendments and as a result, there have been fewer amendments in USA (27) in comparison to India (104).

African Americans were brought to USA (a group of enslaved colonies at the time) roughly around the 1600s, primarily because they constituted cheap labour. It is believed that in 1619, a Dutch ship brought 20 enslaved Africans and thereafter slavery spread rapidly. Later, slavery became associated with 'race' and the Blacks were considered to be slaves, which could be bought and sold.

In 1776, the thirteen colonies declared themselves independent via the Declaration of Independence and thirteen years later i.e. 1789 adopted a Constitution for themselves. Interestingly, the original Constitution had no Bill of Rights (India's equivalent of Part III Rights in our Constitution) and they were added later in 1791. Sadly, the rights enshrined in the Bill of Rights were not available to the African Americans and other minorities.

The practice of slavery was not uniform throughout USA, as there was a divide between the Northern and Southern states. Some northern states had abolished the practice, whereas it continued in the South. During the 1830s, Dred Scott an enslaved man was taken from Missouri (a slave state) to Illinois (state where slavery was outlawed). When Scott returned to Missouri, he filed for his freedom from slavery stating that his temporary removal to free soil made him legally free. The case ultimately reached the Supreme Court in the famous judgment in Dred Scott v. Sandford (1857), where the Court ruled against Scott stating that he was a slave sans legal rights and not a citizen.

"And these rights are of a character and would lead to consequences which make it absolutely certain that the African race were not included under the name of citizens of a State, and were not in the contemplation of the framers of the Constitution when these privileges and immunities were provided for the protection of the citizen in other States."

The decision was criticised by the Northern states as being unconstitutional, but there was nothing unconstitutional about it. The judgment complied with the US Constitution both in letter and spirit. The Constitution at the time did not consider African-Americans to be equal. For instance, (i) they were considered as 3/5 of a person during representations to the House of Representatives; (ii) Article 1(9) of the Constitution allowed slave trade for 20 years under the garb of 'labour'; (iii) Under Article 4(2) if a slave (termed as labour) ran away to another state, the master could get him back. Therefore, the decision was in accordance with the Constitution of the time.

B. Civil War and Emancipation Proclamation-

In addition to slavery, there was a sectional conflict between the Northern and Southern States in US. In 1861, the Southern State seceded from the Union and formed the Confederate States of America. The secession erupted into a civil war between the states, which lasted till 1865. During the war, President Lincoln issued an Emancipation Proclamation which freed the slaves. The Proclamation helped the Union win the war and Southern States were taken back to the Union. As a result, several benign legal changes were introduced in the country.

The Southern States tried their best to circumvent these changes in law and passed various legislations that acted as roadblocks in the path of equality for the African Americans. The states passed laws like the Grandfather Laws i.e. a man could vote only if his father or grandfather voted prior to the year 1867 (a time where most African Americans had been slaves), Literacy Laws i.e. the Election Officer would assess the literacy of an Applicant before registering him as a voter (the questions asked to the Whites were easy whereas the African Americans were asked tougher questions), Poll Tax Laws i.e. a man had to pay tax for being registered as a voter, an amount which the poor African Americans could not pay,.

These laws were accorded a judicial sanction by the Supreme Court in Plessy v. Ferguson (1896). Homi Plessy, a half African American was thrown out for boarding a white car. At the time, the Lousiana Separate Car Law prohibited boarding of a white car by an African American, even if she/he could afford it. The said law was challenged and eventually reached the Supreme Court. The Court upheld the state law using the infamous 'separate but equal doctrine' according to which the states could offer separate facilities to the two communities, so long as the facilities were equal.

"We boast of the freedom enjoyed by our people above all other peoples. But it is difficult to reconcile that boast with the state of the law which, practically, puts the brand of servitude and degradation upon a large class of our fellow citizens, our equals before the law. The thin disguise of "equal" accommodations for passengers in railroad coaches will not mislead anyone, nor atone for the wrong this day done."

The outcome of the decision was separate crematories, theatres, public places, places of worship, schools, localities for the African Americans. The quality of these facilities was extremely poor.

D.Brown's case and the Present-

The infamous separate but equal doctrine was put to bed in the landmark decision of Brown v. Board of Education (1954). Due to Kansas's segregation policy, Linda Brown an African-American girl was forced to attend an all-Black school far away from her house, despite living close to a White School.

She challenged the segregation policy and the case ultimately reached the Federal Supreme Court. The Court in a unanimous decision, overruled the doctrine and held that separate educational facilities are inherently unequal and deprive the plaintiff of the equal protection of the laws guaranteed by the Fourteenth Amendment. The judgment was the first step in the burial of this arbitrary doctrine.

Thereafter, the Congress also sprang into action and passed legislations which in effect annulled the Jim Crow Laws. For instance, the Civil Rights Act'1957 allowed federal prosecution for anyone who tried to prevent someone from voting. Civil Rights Act' 1964 guaranteed equal employment for all and empowered the federal authorities to ensure integration of public facilities. The Voting Rights Act'1965 banned voter literacy tests and the Fair Housing Act'1968 prevented housing discrimination on the basis of race, sex, national origin and religion.

As expected, the judgment in Brown's case was not received positively by the Southern States, which is why integration of schools was an uphill task. However, with time the laws of the country changed and people hoped that White Supremacy will die. The election of an African American as the President i.e. Mr. Barack Obama was considered to be the end of racial discrimination. However, the tragic death of George Floyd shows us that deep down, white supremacy still exists in the hearts of many.

Although, seeing the public outrage gives me hope that the situation has improved, but US is still miles away from achieving the ideals of Sir Martin Luther King Jr., when he famously remarked,

"I have a dream that my four little children will one day live in a nation where they will not be judged by the colour of their skin but by the content of their character."

(The author is a lawyer practicing in New Delhi. The post was first published on his personal blog "The 'Basic Structure".)