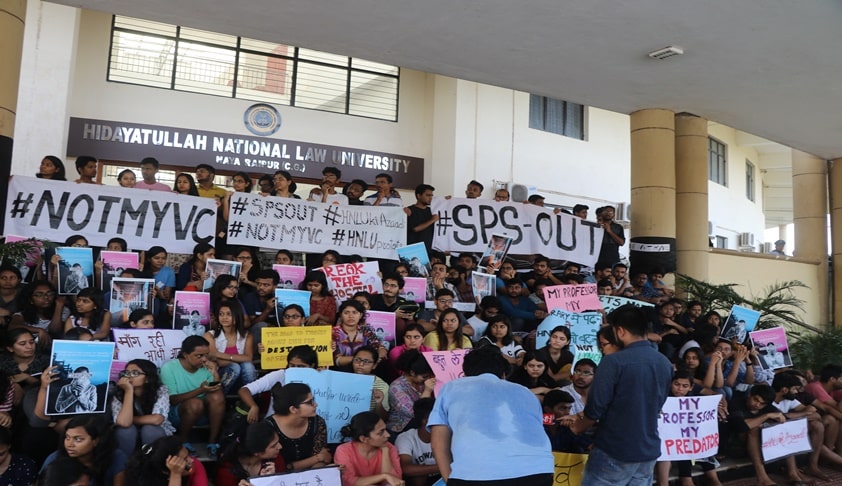 The best of academic institutions around the world have played a pivotal role in shaping public opinion and influencing the national politics. Be it the protest against the Vietnam war in the 1960s at Harvard or the protest against racial insensitivity at Yale in 2015, students across top universities have never shied away from speaking up their minds. Being intellectual hubs,...

The best of academic institutions around the world have played a pivotal role in shaping public opinion and influencing the national politics. Be it the protest against the Vietnam war in the 1960s at Harvard or the protest against racial insensitivity at Yale in 2015, students across top universities have never shied away from speaking up their minds. Being intellectual hubs, top universities provide ample space – physical and mental to the students and the faculty members to take strong and unbiased stands, start movements, and raise a voice against issues that plague the nation.

The freedom of speech and expression that the universities provide also stems from their commitment to generate leaders, not just followers. A presumption of generating leaders is allowing them to speak their mind, even when some of their opinions may be uncomfortable to the larger populace outside the university campus. It is also a tacit understanding that university atmosphere provides protection for all kinds of opinion, such that both the faculty members and the students can continue their 'search for the truth'.

In India too, the ancient practice of Gurukuls was to send the students to the teachers to mould their characters, build their skills and help them find a framework of truth that they could apply when they become rulers.

However, the lack of free expression visible across top national law schools in India, makes me question if the real vision behind these institutes, of generating leaders in law, is being fulfilled. Law and politics have a close association. Law students read cases of the past and the present which have deep ramifications on the society. So it is only natural that when any heated topic is debated across India, law students tend to have a voice and an opinion.

However, it is only Jawaharlal National University (JNU), Jamia Milia University (Jamia) and Aligarh Muslim University (AMU) which seem to have caught the national attention in terms of visible student activism. Where are the law students from top national law schools, who win debates but do not seem to be at the forefront of any active student movement in India? While students at Oxford, Harvard, Yale and MIT staged demonstrations against the police crackdown on students of Jamia Milia Islamia and Aligarh Muslim University (AMU), we haven't seen any such at National Law Schools. Similarly, students protested across several other universities in India including at Tata Institute of Social Sciences (TISS), IIM – Ahmedabad, Banaras University etc. This is not to suggest that students at National Law Schools should protest necessarily but the point is that since establishment in 1986 of the first national law school, law students do not seem to have a political voice which their counterparts exercise in other best universities across the world. Somewhere, a tight control in this regard from the university administration, and a lack of pushing the boundary from students seem to be reason.

Do the administration of these national law schools provide enough freedom of speech and expression which the national law students religiously read about in their law classes? While most law schools have active student societies, they have limited themselves to issuing statements in support or in opposition of issues. But no law school can claim to have an active platform for activism. While several national law schools have seen student protests earlier, they have been limited to internal issues such as ma-administration and corruption at HNLU, unhygienic food at RGNLU, or high fees at NLU-Assam etc.

While some may argue that politics has no place on student campuses and that the students can at most debate issues without taking any real action, one may ask where should this line be drawn? City University, Hong Kong, became the epicenter of the protests, wherein students converted the entire university into a fort, when police tried to break-in. But at other places, protests have been limited to sit-ins, occupation of university offices, strikes or demonstrations. So there hasn't really been any one standard. However, it is important that university campuses in general and law school students in particular do not adopt any violent means but the non-violent means of registering their protest should be available to them.

If Universities channelizes this well by creating adequate platforms, then it can be ensured that studies are not hampered. It is only when there is strong suppression of dissent, and the outlets of expression are clogged that students may turn violent. This applies to all non-violent protests in a democracy.

Therefore what's needed is a more robust engagement of law students at top national law schools with issues that closely intertwine with the law, and affect larger public interest. Law education would be incomplete if students do not learn, firsthand, how law can be used as an instrument to bring change and spearhead social movements. Law students in India, especially at the top law schools, which otherwise seem to compete with world's best law schools should not lag behind in this aspect too – i.e. allowing enough room for students to engage in what may seem politically hot issues. Our students should be given not just theoretical but real knowledge of how to 'think like lawyers' even on politically volatile issues, understand different interests and perspectives, invoke different tools of engagement, and offer the 'lawyerly solutions'. This initiative by those leading top law schools, would perhaps be a fitting tribute to Gandhi, who remained a law student all his life
Views Are Personal Only.
(Author is a practicing lawyer in Delhi)