An Abject Suit With 128 Issues And Its Peacemaking Decision 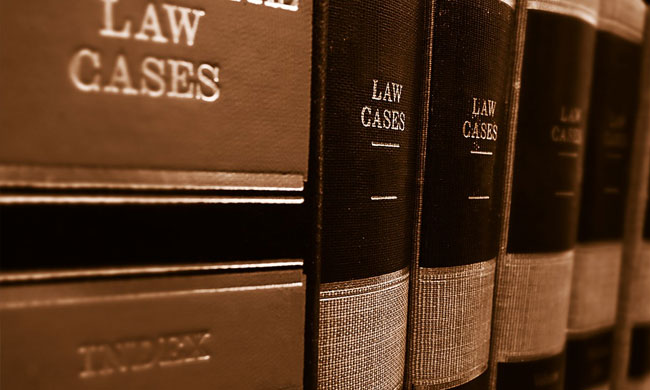 A civil suit for the main relief of declaration and its consequential reliefs was instituted by a non-descript woman claimed to be a right bearing 'justice seeker'[1] on the Original Side jurisdiction of the Bombay High Court, in the British India. The dominus litus had presented her plaint with an annexure of pedigree and with the grand narratives of facts and poignantly clear...

A civil suit for the main relief of declaration and its consequential reliefs was instituted by a non-descript woman claimed to be a right bearing 'justice seeker'[1] on the Original Side jurisdiction of the Bombay High Court, in the British India. The dominus litus had presented her plaint with an annexure of pedigree and with the grand narratives of facts and poignantly clear pleas, against 14 persons, even before the advent of the Code of Civil Procedure, 1908 (CPC). The plaint bearing a short cause title, 'Haji Bibi vs His Holiness Sultan Mohamed Shah, The Aga Khan' was taken on file and assigned Original Suit No: 729 of 1905. But the final judgment of the Bombay High Court was delivered after the CPC came in to effect.

The compendious averments in the plaint would reveals that one Hassan Ali Shah alias Mahommed Hassan Hoosaini, was the first Aga Khan, a spiritual head of the sect of Mahomeddans called as the Shiah Imam Ismailis, which is a community known as the Khojas of Bombay. A woman namely Haji Bibi, as a sole claimant who brought the law suit was the widow of Aga Moochool Shah, who was a son of Jallal Shah, a son of the first Aga Khan. She had detailed the offerings made to Aga Khan and vehemently questioned were those offerings only for the sole use and benefit of the then spiritual head or for the benefit of the whole khoja community. The plaint had also disputed the binding nature of the release dated 11 September 1901 entered in to between the fifth defendant in his own right and as an administrator of the estate of one part, and the first defendant. There were 48 spiritual heads, mode of prayers, offerings also referred to, in the plaint. On receipt of summons, the defendants entered appearance through their counsels and filed written statements.

SUPPORTING DEFENDANTS AND ORDER OF THEIR EXAMINATION

"Now I have been unable to find any definition of the word "plaintiff under the Indian, procedure; but I find, in the Judicature Act in England a section, viz. Section 100, which says that the word plaintiff" " shall include every person asking any relief (otherwise than by way of counter claim as a defendant) against any other person by any form, of proceeding, whether the same be taken by action, suit, petition, motion, summons or otherwise."
Therefore, I think, common sense tells us that "plaintiff ought to mean, "every person asking relief against another person." I have read the plaint and all the written statements since this case was last on, and the conclusion I have come to is that without doubt the plaintiff and the second defendant and defendants 9 to 14 must be considered as-to use a colloquial expression "being in the same boat", although no doubt defendants 9 to 14 are not seeking any relief possibly beyond that of the plaintiff and the second defendant, and therefore, you have these two forces arrayed against each other-the plaintiff and the second defendant and defendants 9 to 14 against the other defendants in the suit"

As stated above, the High Court first of all analysed the pleas and claims of each and every parties on the basis of their pleadings set out in the plaint and written statements. The line was also drawn identifying the actual contestants among the parties and the defendants who had supported the plaintiffs described in the colloquial expression 'being in the same boat'. Further, in the exercise of searching out a more appropriate and comprehensive word to indicate the defendant who accepted and admitted the plea or relief claimed by the plaintiff, the Court thought that in the absence of any specific definition for the term plaintiff it would be utter discretion of the Judge as to how to address or mention the parties to the suit.

However, the Court has also observed that there is no bar or nothing precluded the defendants who support the plaintiff's case to join with the plaintiff and lay a claim as joint plaintiffs. But it is also the right of the plaintiff, who is a master of the suit, and de jure author of the plaint, can choose his rival parties.

The Court while granting such an enormous liberty to the plaintiff in suing before the court of law, incidentally decided an extremely important aspect on the right of hot contesting defendants, amidst the sleeper cell defendants, who might clandestinely prejudice the cross examination and other phases of trial. It was held that in this case 'the plaintiff and such of the defendants who support the plaintiff's case wholly or in part, must address the Court and call their evidence in the first place, and then, the other party, namely the persons opposed to the plaintiff's case must address the court and call their evidence and so the case must be proceeded with in a proper legal and consistent manner.'[4] If the ninth defendant supporting the plaintiff was allowed to cross examine the plaintiff or adduce the evidence after the really contesting defendants 1 to 8, chaotic eventualities may arise or the defence put forth by the real rival party of the case might be diluted by the afterthought statements. Many a times the ambiguity or lacunae if any, created in the process of trial by one party may be clarified or filled up by the supporting party, if allowed to address after the contesting party exhausted the opportunity.

In the cases where colluding parties or the parties hand in glove with each others in the suit frame may cause prejudice the trial and disturb the adjudicatory process, the High Court has framed guidelines as to the order of examination of parties to the suit, to ensure fair trial in the civil courts, before the commencement of CPC.

After the parties settled down by making their pleas and claims in writing through the plaint and written statement the Court looked in to the pleadings on the date of first hearing of the suit and framed as many as 128 issues in the suit.[5] The contents of the final judgment delivered on 01 September, 1908 (after the commencement of CPC) do not consist of any particulars as to alterations or modification of issues or application from either side for reducing the number of issues.[6] It appears that the learned counsels represented the parties have adduced evidence touching all the issues framed in the suit. There was voluminous oral evidence recorded by the Court and through the advocate commissioners. The observation of the Bombay High Court regarding 128 issues framed in the said suit is given hereunder:

'Although in this suit no less than 128 issues have been raised, and the suit itself has attained the distinction of having taken up the longest time on record in this Court, the real questions at issue are of a simple character, and are not more than two in number. The first of these questions is: Are the offerings made by the Khoja community of Bombay to the Aga Khan made to him for his sole use and benefit or for the use and benefit of certain members of his family? (2) Was the release of the 11th September 1901 made between Shamsudin, defendant No. 5, in his own right and as administrator of the estate of Jungi Shah of the one part, and defendant No. 1 of the other, a sham transaction or collusive and fraudulent, and is it binding upon the plaintiff?'

Though the Court in the judgment pointed out that out of 128 issues only two issues are important and material, without omitting any issues, all the issues have taken in to consideration and after discussion, specific answers given with reasons and the newly (at the relevant time) enacted provision Order XIV Rule 2 CPC was scrupulously complied with.[7]

The speedy trial recognized as an inalienable right under Article 21 of the Constitution of India (1950) was duly considered in this suit by the Court as early as on1909 itself and the concern also expressed in the first paragraph of the judgment quoted supra, for the unavoidable long time consumption in the adjudication of suit.

Hon'ble Justice Benjamin N Cardozo, (Supreme Court, United States) has made a remark that 'every judgment has a generative power. It begets in its own image'.[8] The Haji Bibi case has its own generative power, for the reason that it has not only dealt with a highly sensational religious dispute and framed as many as 128 issues or looked into more than 250 pages oral evidence of witnesses or 445 exhibits on both sides, but convinced the hot contested litigants by positive words and compassionate language. The observation in the last paragraph (extracted hereunder) of the judgment reflects bona fide intention of Honb'le Justice Russell, who has resolved the dispute and wrote the judgment anticipated disappearance of differences of opinion that prevailed in the minds of the parties.

'In this judgment I have tried to avoid saying a word which may enhance feelings of religious animosity in the community or hatred among the members of the family, and I trust that the result of this case may be that gradually any feelings of such a character may disappear from the minds of the members of the family as well as from those of this large and important community.'[9]

A law suit is to decide which of the two claimants entitled to be and a judge determinates it, in his judgment. Of course, with the pronouncement of verdict the court becomes functus officio, but the judicial product commences its functioning and spirits starts to spread from it from the date of delivery.

The valuable purpose and noble vision of the judgment of Haji Bibi case was as expressed by Hon'ble Justice Russell, not only adjudicating the rights of the parties but also to dispel the hatred feelings and restore harmony and peace among them. Therefore, he employed euphemistic words, persuasive phrases and assigned convincing reasons to pacify the litigants to whom the judgment was meant and the entire sect of the Muslim. The noblest intention of its maker expressed in the last paragraph (quoted above) made this judgment to remain in the annals of judicial history for ever and the legal fraternity has been referring it often with deep reverence, for the purpose of conflict resolution with peacemaking through judgment.

(The author is a District Judge serving in the Special Court for CBI Cases in Chennai.)

[1] The author prefers to substitute 'Justice Seeker' instead of describing the litigant as plaintiff or defendant in this note.

[7] As per Rule 2 of Order XIV CPC, the Court shall pronounce judgment on all issues.