118A OF Kerala Police Act: An Affront On Parrhesia 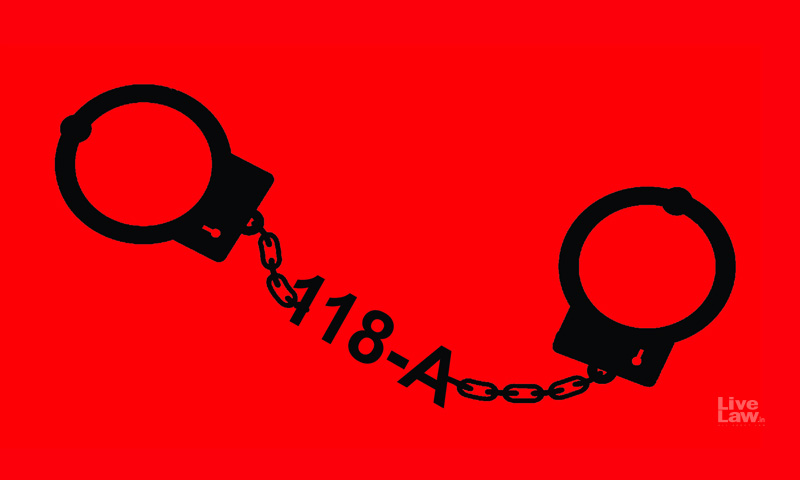 In exercise of the exceptional powers conferred by clause (1) of Article 213 of the Constitution of India, the Governor of Kerala promulgated an exceptional Ordinance amending the Kerala Police Act, 2011 (8 of 2011) and inserting a new provision 118A. Section 118A reads thus: whoever makes, expresses, publishes or disseminates through any kind of mode of communication, any matter...

In exercise of the exceptional powers conferred by clause (1) of Article 213 of the Constitution of India, the Governor of Kerala promulgated an exceptional Ordinance amending the Kerala Police Act, 2011 (8 of 2011) and inserting a new provision 118A. Section 118A reads thus: whoever makes, expresses, publishes or disseminates through any kind of mode of communication, any matter or subject for threatening, abusing, humiliating or defaming a person or class of persons, knowing it to be false and that causes injury to the mind, reputation or property of such person or class of persons or any other person in whom they have interest shall on conviction, be punished with imprisonment for a term which may extend to three years or with fine which may extend to ten thousand rupees or with both.

By inserting Section 118A in sub-section (1) of section 125 of the principal Act, the Kerala Police have been empowered to take cognizance of the offence of defamation and similar offences which hitherto were non-cognizable. The distinction is that in a cognizable offence the police get authority to arrest anyone who according to the subjective satisfaction of the police officer has committed an offence envisaged in the newly inserted 118A. This is an unusual power given the fact that offence of defamation and similar offences in the Penal Code hitherto were non-cognizable. The pressing need at this point of time to promulgate an ordinance of this nature is unclear.

Freedom of speech and expression lay at the foundation of all democratic institutions. The Preamble of the Constitution of India among other things speaks of liberty of thought, expression, belief, faith and worship. Holmes, J. in his famed dissent in Abrams v. United States,[1] that the best test of truth is the power of the thought to get itself accepted in the competition of the market; and that truth is the only ground upon which their wishes safely can be carried out. An informed citizenry is a precondition for meaningful governance. The ethos of honest discussion is generally of great societal importance. Brandeis, J. in his famous concurring judgment in Whitney v. California,[2] observed that it is the function of speech to free men from the bondage of irrational fears. In one the world's oldest democracies the term Parrhesia or 'uninhibited speech' meaning 'speak freely, boldly or frankly,' used by the playwright Euripides depicted ancient Athens as a place where all free men could speak freely when debating public issues. Necessarily the right to 'isegoria' or 'equality of speech' – including the right to address the assembly during 6th century BCE, was the cornerstone of the Athenian democracy.

As early as in 1915 the United States Supreme court held in Mutual Film Corporation v. Industrial Commission of Ohio,[3] 'that opinion is free and that conduct alone is amenable to the law.' Court went on to hold that moving pictures are mediums of thought, so are the theatre, the circus, and all other shows and spectacles, and their performances may be thus brought by the like reasoning under the same immunity from repression or supervision as the public press.

Freedom of speech of the press has been likened by the Supreme Court of India with the biblical gold-plated wooden chest, the Ark of the Covenant.[4] In Romesh Thappar v. State of Madras,[5] one of the earliest decisions on fundamental right under Article 19(1)(a) Supreme Court held that Liberty of circulation is as essential to that freedom as the liberty of publication. This right requires the free flow of opinions and ideas central to sustain the collective life of the citizenry.[6] Referring to freedom of press in Ministry of Information & Broadcasting, Govt. of India v. Cricket Assn. of Bengal,[7] Supreme Court observed that the freedom of speech and expression includes the right to disseminate information to as wide a section of the population as is possible, the access which enables the right to be so exercised is also an integral part of the said right. Dissemination of information envisaged in Article 19(a) of the Constitution takes within its fold all forms of communication namely Print, Visual, Internet and Social Media Sites. There must be reasonable ground to believe that the danger apprehended is imminent. past conduct furnished reason to believe that such advocacy was then contemplated. fear of serious injury cannot alone justify suppression of free speech and assembly. The International Covenant on Civil and Political Rights, for instance, protects the right to 'seek, receive and impart information'.

The judgment in ShreyaSinghal v. Union of India,[8] has been a watershed in our constitutional history. Judged by the standards laid down in the judgments of the Supreme Court it was held that it was quite clear that the expressions used in Section 66-A were completely open-ended and undefined. In Shreya Singhal Supreme Court held that what has been said about Section 66-A would apply directly to Section 118(d) of the Kerala Police Act, as causing annoyance in an indecent manner suffers from the same type of vagueness and over breadth, that led to the invalidity of Section 66-A, and for the reasons given for striking down Section 66-A, Section 118(d) also violates Article 19(1)(a) and not being a reasonable restriction on the said right and not being saved under any of the subject-matters contained in Article 19(2) is hereby declared to be unconstitutional. Supreme Court further said that what may be offensive to one may not be offensive to another. What may cause annoyance or inconvenience to one may not cause annoyance or inconvenience to another. The contrasting views in Director of Public Prosecutions v. Collins, by the Queen's Bench[9] and the House of Lords[10] on the very expression "grossly offensive" contained in Section 127(1)(1) of the U.K. Communications Act, 2003 according to the Supreme Court was a strong example of the lack of uniformity and subjective element involved in the matter of the clear meaning of the expressions and the deduction of offensive elements contained in them. Depending upon the Judge's notion of what is "grossly offensive", or "menacing" even judicially trained minds came to diametrically opposite conclusions. Needless to say, if the interpretation of offensive content of words (even without the complaint of the aggrieved) is left to the whims and proclivities of local police officers, it would lead to calamitous outcomes.

Section 118A creates an offence which is vague and over broad, and, consequently, unconstitutional under Article 19(1)(a) and not saved by Article 19(2). The words in the Section 'through any kind of mode of communication,' encompasses print media as well. The Section suffers from the vice of procedural unreasonableness. Unlike criminal defamation under Section 500 of the Penal Code, the safeguards available under Section 199 Cr.P.C would not be available for a like offence committed under Section118A. Such absence of safeguards in Section 66-A was noticed in Shreya Singhal by the Supreme Court and the provision was struck down as unconstitutional. The very same unconstitutionality hovers over Section 118A of the Kerala Police Act.

Internationally in varying degrees, nations and institutions have attacked the right to freedom of expression. The harshest forms pervade in totalitarian countries. As early as in 1862 Cockburn. C.J. in Seymour v. Butter-worth[11] observed that those who fill a public position must not be too thin skinned in reference to comments made upon them. Whoever fills a public position renders himself open thereto. He must accept an attack as a necessary, though unpleasant, appendage to his office'.[12] Offering mouthing platitudes to civil liberties is one thing and keeping them as tenets is quite something else. Supreme Court in Kartar Singh v. State of Punjab,[13] said that public men in such positions may as well think it worth their while to ignore such vulgar criticisms and abuses hurled against them rather than give importance to the same by prosecuting the persons responsible for the same."

Section 118A of the Kerala Police Act is neither necessary nor conducive to the best democratic traditions of the State. It would therefore be in the best of traditions that the Kerala Government has a thorough relook at the constitutionality and the pressing necessity of Section 118A.