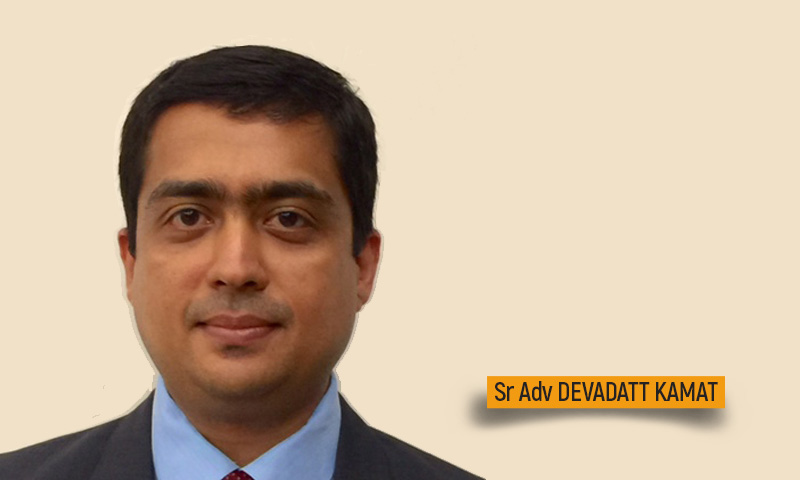 As India's Covid 19 cases continue to see exponential rise in certain States, opinions have been expressed by the members of the ruling dispensation at the Centre that President's Rule should be imposed in States which have not been able to contain the pandemic. These votaries of imposition of President's Rule argue that the Centre cannot be a mute spectator when there is a failure...

As India's Covid 19 cases continue to see exponential rise in certain States, opinions have been expressed by the members of the ruling dispensation at the Centre that President's Rule should be imposed in States which have not been able to contain the pandemic. These votaries of imposition of President's Rule argue that the Centre cannot be a mute spectator when there is a failure of State administration to effectively contain the spurt in Covid cases.

The legal questions which arise in this context are (i) Can a bad administration/governance by a State Government which otherwise enjoys majority in the State Legislature be said to be a failure of constitutional machinery as envisaged by Article 356? (ii) Whether the President (Central Government) can arrogate to itself the role of a super administrator of the Country and look through a magnifying glass as to whether there is maladministration by a State and impose President's rule in such a case?

To begin with, it needs to be stressed that President's Rule cannot be the answer to all problems facing the country. The power of the Central government to dislodge a State Government through the mechanism of Art 356 is a power which is to be exercised with extreme circumspection and as a last resort to ensure Constitutional adherence. Imposition of a President's Rule has the effect of tilting the delicate balance of Centre State relations in our Constitutional set up. Added to this is the growing propensity of the Party ruling at Centre to get rid of opposition governments in States through President's Rule.

This has been interpreted by the Supreme Court in a catena of decisions to mean 'a constitutional breakdown' or 'impossibility' in running the Government. Administrative lapses by a duly elected government thus cannot fall within the limited paradigm envisaged by Article 356. In the Constitutional, scheme the Central Government is not a super administrator looking over duly elected State Government for lapses in administration. Any such assumption of role of a super administrator by the Central Government is destructive of the quasi-federal structure of our Constitution. The panacea for bad governance is not President's rule but the voting out of such a government in the next elections. Besides, how does one determine what is bad governance or maladministration? Issues of governance are complex and come in various shades and hues. In a constitutional democracy, only the electorate is endowed with the power to assess the success or a failure of a Government.

The Sarkaria Commission recommendations in fact categorically deal with this issue and state " In the day-to-day administration of the State, its various functionaries in the discharge of their multifarious responsibilities take decisions or actions which may not, in some particular or the other, be strictly in accord with all the provisions of the Constitution. Should every such breach or infraction of constitutional provision, irrespective of its significance, extent and effect, be taken to constitute a 'failure of the constitutional machinery' within the contemplation of Article 356. In our opinion, the answer to the question must be in the negative."

A nine judge bench of the Supreme Court in 1994 in S. R Bommai v UOI (1994) 3 SCC 1 while approving the Sarkaria Commission's recommendations held that President's Rule cannot be imposed even on the ground of maladministration in a State by a duly constituted Ministry enjoying majority support in the Assembly. It was observed "that this power is not meant to be exercised for the purpose of securing good Government".

Similarly in 2006 in Rameshwar Prasad vs UOI 2006 2 SCC 1 , a Constitution Bench of the Supreme Court again reiterated that "the ground of maladministration by a State Government enjoying majority is not available for invoking power under Article 356".

In 2016, President's Rule was imposed in Uttarakhand by the BJP led Central Government on the ostensible ground that the Speaker had mismanaged the proceedings in the State Assembly and that the Central Government was entitled to look at proceedings of mismanagement/illegalities in a State Legislature. In a historic verdict, the Uttarakhand High Court struck down the imposition of President's Rule.

In the light of consistent constitutional jurisprudence which has emerged over the last twenty five years, any invocation of Article 356 by the Central Government on the ground that a State has not been able to contain Covid 19 or that the Centre is better equipped to deal with the pandemic in a State would be a case of a blatant constitutional misadventure. Political aspirations of the party ruling at the Centre for a regime change in the States cannot be constitutionally orchestrated by the usage of Article 356 using the facade of purported maladministration or bad governance.

(The author is a Senior Advocate practising in the Supreme Court)