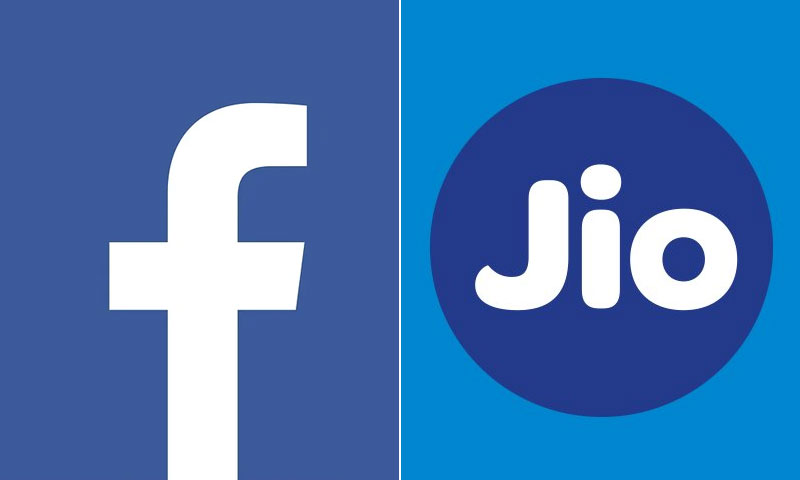 Reliance Jio bagged India's largest FDI deal in the tech industry with the nearly 10% stake sell to Facebook. Facebook and Reliance are considered as 'Data elephants' in the industry because of their dominance and control over the relevant market. Experts fear that this collaboration could lead to distortion of the market and unfair advantage. In a Data-driven country like India,...

Reliance Jio bagged India's largest FDI deal in the tech industry with the nearly 10% stake sell to Facebook. Facebook and Reliance are considered as 'Data elephants' in the industry because of their dominance and control over the relevant market. Experts fear that this collaboration could lead to distortion of the market and unfair advantage. In a Data-driven country like India, the dominance of the Fb and expansive network of Jio will have the colossal potential of restriction of data and creation of entry barriers for those who do not have access to this relevant data.

After the announcement of new kirana-model by reliance, experts believe that due to the prevalence of edge that exists in the sphere of Big-data, this new venture has the potential of kicking out many big players like Amazon-Walmart from the business. The Confederation of All India Traders (CAIT) pleaded to CCI that, the new venture should not be allowed to use the user data from their allied organizations like Whatsapp. Examining the allegations on Facebook for harvesting the user's data by Cambridge Analytica has increased trepidation among the users that this data and information might be manipulated over its platforms. In this article the authors have highlighted the possible consequences of misuse of Big Data by companies like Facebook and possible solutions to redress the misuse.

WHY IS IT WORRISOME?

Digital colonization In the context of the World Wide Web, it means that all the user-generated data is appropriated for one's use. In the age of "Digital India" it is very important to protect the citizen's data from multinational misappropriation. These data giants possess and have access to an enormous amount of data which may lead to digital colonization. This deal brings platforms like Whatsapp closer to Jio apps which will fuel the growth of Reliance in the e-commerce domain.

Blow to Net Neutrality- Net Neutrality is one of the fundamentals of the internet. The concept supports the level playing field for all players. This deal will not only distort e-commerce but also will affect the DTH and OTT platforms due to the monopolizing of data. Eventually, it will give a serious blow to the concept of Net Neutrality.

Payment bank concerns- The new payment feature of Whatsapp was rolled in India. The implication of this major deal will cause a deep disruption in the digital payments segment. The existing major players PayTM, PhonePe will be facing funds crunch. There's a high probability the newly established e-commerce chain by Reliance for small Kirana shops will have an exclusive Whatsapp-Pay option.

The enterprise with obtained datasets holds the opportunity to improve existing products and create new products that can enter into another relevant market. As no market exists for supply and demand of data, it becomes very difficult for competition authorities to address such issues. However, by covering a prospective market for data as an asset in a well-equipped law, it will be possible for the authorities to deal with competition concerns on the concentration of data in merger cases. It would be a breakthrough in considering datasets as a super asset for the online market.

European Union understood the quandary presented by the US companies in the form of "Surveillance Capitalism" therefore to regulate and control the data miners EU's General Data Privacy Regulations (GDPR) were enacted.

India too tried to enact the Data Protection Bill 2018, which deals with the data logging and user data storage by companies. Justice Srikrishna committee also suggested mandatory localization of personal data and requirement for keeping a copy of data which data fiduciary collects on a server located in India. But India still awaits the said legislation.

Competition Commission of India (CCI) is responsible to scrutinize investments and Merger & Acquisitions which are likely to harm competition within the relevant market.[i] It also analyses the share of the market of entities involved in the transaction. If it sees any possible chance of cartelization or receives any complaints regarding the concentration of market power, then it is authorized to take sou-moto action.

In the issues about Data-related disputes it is very difficult to identify under distinctions made in current law which are horizontal, vertical, and conglomerate mergers. In the cases where a merger does not lead to any of those three kinds of mergers, a combination of relevant datasets may still distort competition. CCI is yet to study the effects of big data and its effects on competition, In Taj Pharmaceuticals Ltd. and others v. Facebook and others where the dominant position of Google and Whatsapp was asserted by informant under Section 19.[ii] The watchdog refused by ruling that the essential elements of section 4 under which it have to be proved that the imposition of discriminatory terms in the purchase/sale of goods/services is lacking.

It is also worth noting that the Competition Act is not equipped to tackle harms related to privacy rights which stem due to the concentration of user's information with a monopoly creating asymmetries. These power asymmetries and lack of real consumer choice are driven by network effects that characterize digital markets.

Also lack of any regulations relating to OTT (over-the-top) therefore, there's a need to analyze this deal from a larger angle. Several Telecos have been raising concerns to Telecom Regulatory Authority Of India (TRAI) over the posing threat from the OTT players especially Whatsapp, signing the deal with Reliance Jio will cause several big players out of the business.

Therefore, it is very important for the government to carefully look into the Data-sharing agreement between the two and make sure that it should be transparent to both consumers and the government.

POSSIBLE SOLUTIONS FOR THIS PREDICAMENT

Over the last few years there have been a large number of data breaches by various data companies. It is imperative to note that the competition commission is not a data protection authority. Its role is to enforce freedom in the market and ensuring consumer welfare. There is no express in the Competition act for safeguarding the private rights. However, the watchdog in the case of Matrimony.com Ltd vs. Google[iii] has taken an effort to counter the aspect of Big Data by pointing out that whenever a user gives command in the search box using a particular keyword, the search engine seeks certain information from the users like their location, IP address, Operating System, device information. Such type of humongous volume of information generated after every search is what constitutes the "Big Data", which can be used to gain undue advantage by acquiring advertisers and targeting relevant ads. Therefore it can be said that the commission is not completely oblivious to the private rights of users.

Under clause 25 of the Data Protection Bill, 2018 it is the duty of the company who is holding data as a fiduciary, to report if any data has been compromised of its customers. After codification of this act it would be much easier to tackle the abuse of "Big Data". But until then CCI can have recourse to the Information and Technology Act, 2000. Under Section 43A of the act if a Body Corporate who is handling sensitive data of personal nature in a negligent manner will be held liable to pay damages to that individual. The CCI can bring an amendment to the act by linking Section 43A in order to protect the consumers against unlawful processing of personal data on the lines of German Competition Authority. Especially after the sale of stake to Facebook by Reliance Jio, the coverage of processed data will rise at rampant rate for Facebook. Thereby, it is now appropriate time for the CCI to bring in a suitable measure for safeguarding the interests of its consumers.

In today's world the data is priceless. As we are more dependent on technology and every time we use an app these companies gather more and more data about us. As the stakes of data will rise we will witness more deals between big data wealthy companies. It is high time for the legislators to give Indian citizens a real and effective law to protect their data privacy and guard them against the exploitation by the companies who have the potential to influence their shopping as well as political decisions. As we don't have a data protection regulator, there is nothing aside from the good conscience of Facebook and Reliance that will obstruct them from misusing our data. Although they can be held answerable to courts, still much can fall through the cracks.