Applying Basic Structure Theory To Strike Down Original Provision Of The Constitution: A Strange Tale In Honduras 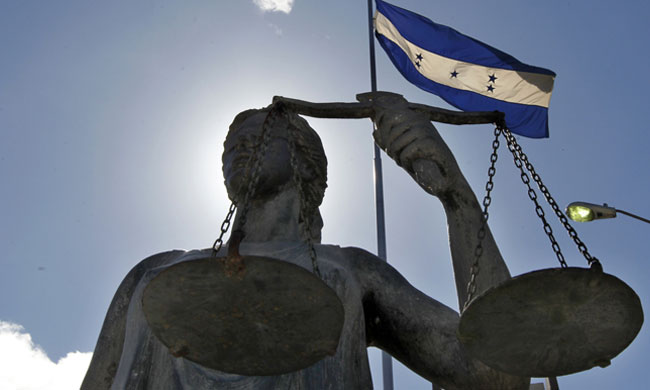 In 1973, the Supreme Court of India became the first Constitutional Court in the world to recognize implied limitation on amendment power (Basic Structure Theory) of the legislature in the famous Kesavananda Bharati Case.[1] The Supreme Court declared that the original constitution contains certain features that are beyond amendment. The judgment was denounced by many constitutional experts...

In 1973, the Supreme Court of India became the first Constitutional Court in the world to recognize implied limitation on amendment power (Basic Structure Theory) of the legislature in the famous Kesavananda Bharati Case.
[1] The Supreme Court declared that the original constitution contains certain features that are beyond amendment. The judgment was denounced by many constitutional experts who found the invocation of the doctrine as a facet of judicial overarch. However, with passage of time, the theory of implied limitation has been accepted in constitutional jurisprudence of several countries. The theory is significantly invoked in African and Latin American countries with Presidential regimes where elected heads tend to remove constitutionally prescribed term limits to manufacture permanency in office. For instance, in Colombia[2] and Benin[3] the doctrine was applied to strike down amendments that sought to remove term limits from the original constitution.
However in April, 2015 the Constitutional Court of Honduras applied the theory of implied limitations to declare several provisions of the original constitution to be "inapplicable"/ unconstitutional which were incorporated to protect the Presidential term limit. It's a unique expansion of the doctrine since the Court applied the theory, not against any amendment, but against provisions of original 1982 constitution. The Court declared an unamendable one term limit of presidential term
[4] including the protective provisions punishing attempt to amend that limit to be unconstitutional.[5]
The impugned provision, however, was successfully applied in 2009, when the then President Manuel Zelaya sought to place a motion before the Parliament to replace the 1982 Constitution. Although he did not express his intention or any plan to remove the term limits from the Constitution, but his opponents argued that the true motive was to do away with the eternity clauses in the constitution. Manuel Zelaya was removed as the President and Juan Orlando Hernandez of the National Party came to power. In 2015, he faced similar difficulty to continue with the Presidency and therefore he chose to challenge the constitutionality of the of Article 239 before the Supreme Court. However, before bringing the challenge, the Congress replaced four of the five judges of the Supreme Court after they had struck down legislations which were seen important to Hernandez government.
[6]
The Court while reviewing the validity of Article 239 held that domestic constitutional norms could be set aside if they are in conflict with fundamental norms of international human rights law. According to the Court, parts of articles 239 and 42 that subjects attempts to change the term limit to punishment were in direct conflict with fundamental rights of freedom of expression found in the Honduran Constitution and in international and regional human rights system, like Inter American system which are directly linked to the political right of the voters and candidates.
[7] It held that in a case of a 'collision' between some part of the constitution and others that were ' fundamental rights inherent to the human persons contained in the present constitution and international principles and human rights norm' the Court could declare certain parts of the Constitution 'inapplicable.[8] The Court saw protective clauses against removal of term limits in serious conflict with freedom of expression because the plain reading of the clause could stifle free speech of the political leaders and of the citizens that criticize existing legal system or proposed its changes.[9]

The Court viewed the strongly placed term limit clause in the Honduras Constitution to be highly exceptional or strange in comparative law. It noted that such exceptionality could have been justified in past due to domestic political scenes, but it no longer had sufficient justification in present times. It further argued that the decision of the court setting aside the eternity clause is justifiable as a peaceful exit from a constitutional situation that might create social and political conflict due to inability of the parliament to change or relax the rules concerning reelection.
[10]
The Honduran Court decision is in complete contradiction with the arguments of other Constitutional Court's view favoring term limit as important tool to protect democratic institution responsible for keeping check upon the Executive. The abolition of term limits in Honduras is viewed as a potential threat to liberal democracy because indefinite reelections may increase the risk of setting up of authoritarian regime eroding the concept of checks and balances.
[11] However, other see it as a pragmatic decision because the Court held that the such strict term limit clause was very difficult to remove and the decision allowed for the peaceful exit from such clause that could not be changed otherwise through democratic process.

[3] Translated version of the decision in DCC 11- 067 available at Constitution net; https://www.constitutionnet.org/case-law/report/dcc-11-067