Are Lawmakers Justified In Amending Section 45 Of Prevention Of Money Laundering Act, 2002? 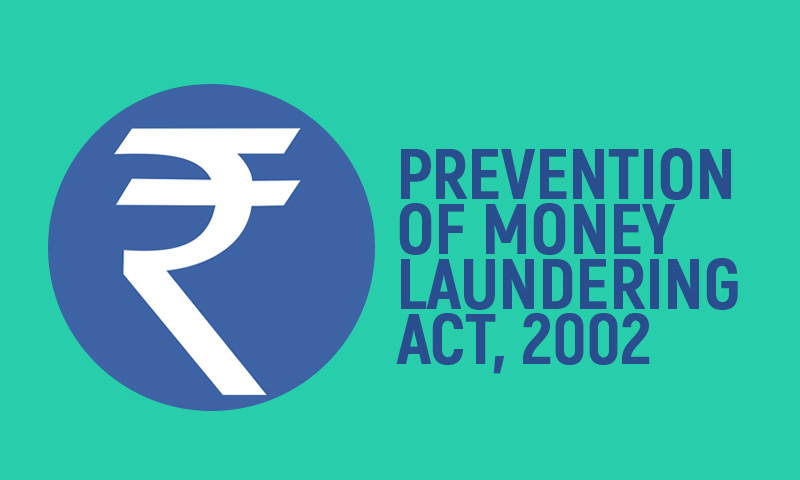 The Money Laundering Bill was introduced in the Lok Sabha on August 4, 1998 and was referred to the Standing Committee on Finance, which presented its report to the Lok Sabha on March 4, 1999. The recommendations made by the Standing Committee were accepted by the Central Government and accordingly the Bill came to amended along-with some other changes. Hereafter, the PML Act, 2002 came to be enacted.

When the Prevention of Money Laundering Bill was tabled before Parliament, Clause 44 (corresponding to Section 45 of the Act) provided that several offences punishable under the Act were to be cognizable, and the twin conditions for release on bail would apply only insofar as the offences under the Act itself were concerned. However, the enactment in 2002 and notification in 2005, showcased a radical change in the scheme. Section 45 enumerated that bail would be granted only if the twin conditions under Section-45(1) were met, where the offence was punishable for term of imprisonment of more than three years falling under Part A of the Schedule for the predicate offence. Interestingly, Clause 44 of the Bill referred only to offences under Sections 3 and 4 of the Bill, whereas Section-45 of the Act did not refer to offences under Sections 3 and 4 of the Act at all. A bare perusal of Section-45 read as-

"45.Offences to be cognizable and non-bailable- (1)Notwithstanding anything contained in the Cr.P.C., 1973 no person accused of an offence punishable for a term of imprisonment of more than 3 years under Part A of the Schedule shall be released on bail or on his own bond unless-

Thus, it became a pressing concern to look into the offences that were punishable for a term of imprisonment of three years or more under Part A of the Schedule, and not offences under the 2002 Act itself.

In Nikesh Tarachand Shah v. Union of India[i], the Constitutional Validity of Section-45 of the Act was challenged on the grounds of being manifestly arbitrary, discriminatory and violative of Articles 14 and 21. The arguments submitted by the Petitioner in a nutshell were-

Clauses 43 and 44 of Prevention of Money Laundering Bill, 1999 which correspond to Sections 44 and 45 of the Act were differently worded and dealt only with offences under the 2002 Act. However, after coming into force, the scheme radically changed and the twin conditions for bail would be applicable for the predicate/scheduled offences and not for the offences under the 2002 Act.

The predicate offence which would be the scheduled offence, and the classification of such offence being punishable with three years or more of imprisonment would be wholly irrelevant and would have absolutely no rational relation to the object of granting bail insofar as offences under the 2002 Act are concerned. The threshold of "three years or more" contained in Section-45 was manifestly arbitrary and it had no reference to the offence of money laundering.

A person punished for an offence under the 2002 Act, but denied bail because of a predicate offence contained under Part A of the Schedule would again render Section-45 manifestly arbitrary and unreasonable.

While canvassing their outlook, the Honourable Judges of the Supreme Court interjected that the twin conditions enumerated under Section-45 were also applicable for offences punishable under Special Acts like TADA, NDPS, MCOCA.etc., however, such conditions would have to pass a constitutional muster, after taking into consideration the nature and gravity of offences. The Court went on to observe,

"It is clear that this Court upheld such a condition only because the offence under TADA was a most heinous offence in which the vice of terrorism is sought to be tackled."

It was also observed that if such offences were combined with PMLA, the rigours would unnecessarily multiply. The Court further observed-

"34. A reference to paragraph 23 of Part A of the Schedule would also show how Section 45 can be used for an offence under the Biological Diversity Act, 2002. If a person covered under the Act obtains, without the previous approval of the National Biodiversity Authority, any biological resources occurring in India for research or for commercial utilization, he is liable to be punished for imprisonment for a term which may extend to 5 years under Section 55 of the Act. A breach of this provision, when combined with an offence under Section 4 of the 2002 Act, would lead to bail being obtained only if the twin conditions in Section 45 of the 2002 Act are satisfied. By no stretch of imagination can this kind of an offence be considered as so serious as to lead to the twin conditions in Section 45 having to be satisfied before grant of bail, even assuming that classification on the basis of sentence has a rational relation to the grant of bail after complying with Section 45 of the 2002 Act.

36. However, the learned Attorney General has argued before us that we must uphold Section 45 as it is part of a complete code under the 2002 Act. According to him, Section 45, when read with Sections 3 and 4, would necessarily lead to the conclusion that the source of the proceeds of crime, being the scheduled offence, and the money laundering offence, would have to be tried together, and the nexus that is provided is because the source of money laundering being as important as money laundering itself, conditions under Section 45 would have to be applied. We are afraid that, for all the reasons given by us earlier in this judgment, we are unable to agree.

"38. We must not forget that Section 45 is a drastic provision which turns on its head the presumption of innocence which is fundamental to a person accused of any offence. Before application of a section which makes drastic inroads into the fundamental right of personal liberty guaranteed by Article 21 of the Constitution of India, we must be doubly sure that such provision furthers a compelling State interest for tackling serious crime. Absent any such compelling State interest, the indiscriminate application of the provisions of Section 45 will certainly violate Article 21 of the Constitution. Provisions akin to Section 45 have only been upheld on the ground that there is a compelling State interest in tackling crimes of an extremely heinous nature."

In the backdrop of such observations, the Supreme Court was pleased to strike down Section 45(1) of the Prevention of Money Laundering Act, 2002 in its entirety, insofar as the Section imposed two further conditions for release on bail.

On March 29, 2018, a Notification was promulgated by the Government, thereby amending Section-45(1) of the Act. The said amendment, however, retained the twin conditions, where offences were punishable under the PML Act. A bare perusal of the Section reads as-

"45.Offences to be cognizable and non-bailable- (1) Notwithstanding anything contained in the Cr.P.C, 1973 no person accused of an offence [under this Act] shall be released on bail or on his own bond unless-

Were the lawmakers justified in retaining rigours of the twin conditions for every offence punishable under the Act?

In P.Chindambaram v. E.D.[ii] the Supreme Court, while granting bail to the Petitioner charged under provisions of PMLA observed,

"One of the circumstances to consider the gravity of the offence is also the term of sentence that is prescribed for the offence the accused is alleged to have committed."

"In paragraph 36 (Nikesh Tarachand Shah), it is clearly held that for grant of ordinary bail, presumption of innocence attaches. One of the primary reasons for holding the twin limitations contained in Section 45(1) of the said Act to be unconstitutional, the Supreme Court clearly held that "it is a drastic provision which turns at its head that the presumption of innocences which is fundamental to a person accused of any offence.""

Notwithstanding the Supreme Court's observations, the rigours of the twin conditions contemplated under the Section would still have to be satisfied with respect to every offence falling under the Act, which could not have been the forethought of the Supreme Court whilst declaring the provision unconstitutional. The Supreme Court clearly distinguished offences under Special Acts like TADA, NDPS, MCOCA etc from offences under PMLA holding Section-45(1) to be against the fundamental principle of presumption of innocence. Bearing this in mind, are the lawmakers justified?