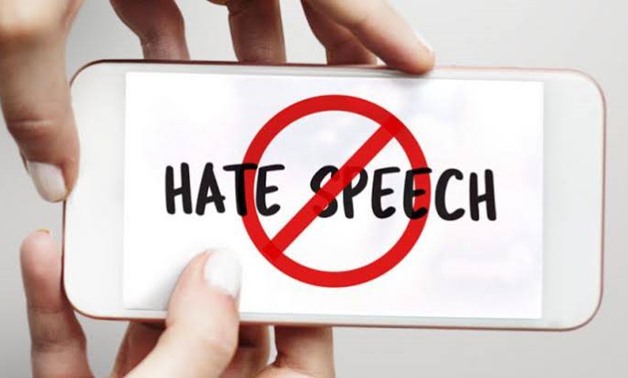 In the paradigm of fundamental right of speech and expression, hate speech casts a necessary limitation.

Though the Courts in India have proactively sanctified and upheld freedom of speech, the tool of speech when used as a mode to victimize and ostracize the minority has brought to the forefront the constitutional framework on hate speech and the rights of the victims of hate speech.

Though the definition of hate speech has not been crystallized in any legislation, the Supreme Court in the case of Pravasi Bhalai Sangathan versus Union of India[1] connoted hate speech with attempts to delegitimize people solely due to their affiliation with a particular caste, race or religion. Hence, hate speech lays the foundation for future attempts at violence, disapprobation and ostracism. The Haridwar Hate Speech case throws light on how hate speeches augment religious discords operating in Indian geopolitics, and how it has the potential to catalyse terrorism, genocide and ethnic cleansing in the world.

The judicial caution and circumspection to avoid trampling on the freedom of speech in India has deterred courts in setting a benchmark of what constitutes hate speech in India. In absence of an objective standard and definition of hate speech, an element of subjectivity is introduced in the treatment of hate speech. Additionally, the test of imminent danger of violence has curtailed the operation of hate speech as a restriction on freedom of speech. In the case of Shreya Singhal versus Union of India[2], the Hon'ble Supreme Court propounded the difference between advocacy, discussion and incitement to violence. The Court held the ground of incitement to offence and violence as the lynchpin to test whether the speech under consideration would fall under the category of hate speech and attract the restrictions of Article 19(2). It is pertinent to note that not all hate speeches necessarily operate as incitement to violence. Since hate speech is intrinsically defined by the status of its subjects, their caste and religion, it can have deleterious effects of further marginalizing them and making them vulnerable to future social disapprobation.

It is interesting to note how hate speech has assumed a different connotation and magnitude in the realm of internet and social media. The case of Bulli Bai App is just another example of how the application and modus operandi of hate speech in this era is dramatically changing. The conflux of technology, mass media and hate speech drives the vulnerable and marginalized to the edge of even more vilification and ostracism. Targeting women belonging to a minority religious group by uploading their profiles on an app for a supposed 'auction', violating their fundamental right to privacy and dignity, is an act rooted in communal hatred and gender based persecution. It brings to forefront the multitudinal folds of hate speech in our country, rooted in minority persecution, casteism, or gender based minority persecution. Though, to bulwark against caste based persecution, the Protection of Civil Rights Act, 1955 in section 7(1) prohibits incitement and encouragement of untouchability and insult on the ground of caste, legal framework in India lacks similar protection from gender based minority persecution.

In the midst of all this lies the core principle of our Constitution, the idea of human dignity. Article 21 encompasses the idea of right to life with dignity. It is the fundamental right of every person, irrespective of his caste, religion, creed, sex to be accorded dignity. Additionally, Article 14 upholds equality and Article 15 of the Constitution bars discrimination on grounds of religion, race, caste and sex. In the realm of a purposive construction, protection from discrimination must necessarily mean to include protection from incitement to discrimination as well. Protection from hatred and vilification on grounds of religion and race are not only reflected in our Constitutional ethos but also our international obligations. Article 20 (2) of the International Covenant on Civil and Political Rights, 1966 requires prohibition by law of any advocacy of national, religious or racial hatred that constitutes incitement to discrimination, hostility or violence. Similarly, the International Convention on Elimination of All Forms of Racial Discrimination, 1966 in Article 4 mandates punishing dissemination of ideas based on racial superiority, hatred or incitement to racial discrimination. The Hon'ble Supreme Court in Vishaka versus State of Rajasthan[3] and Chairman, Railway Board versus Chandrima Dass[4] laid down that in the absence of any inconsistency regard must be given to International Conventions and Declarations adopted by the United Nations in interpreting rights contained in the domestic law.

Hence, the focal point of constitutional framework and intent with respect to hate speech is to arrest the development and propagation of inimical ideologies and hostility through the mode of speech and not just instigation of violence. The rights of minorities and marginalized gain more significance because hate speech often works in tandem with silent persecution through representations targeting at making minorities segregated from the social and participatory democratic processes through psychological insulation.

Hate speech in as much as it operates as a rider to freedom of speech must operate not through a string of vague provisions but objective benchmarks. The Hon'ble Supreme Court pointed out in the case of Shreya Singhal versus Union of India[5] that any infraction on freedom of speech must fulfil the yardstick of reasonability and proportionality to pass the test of constitutionality.

The felt necessity of an objective standard of hate speech and a corresponding need to amend the penal laws was observed by the Law Commission in its 267th report. This was mirrored by its observation that though the penal provisions contained in section 153A (promoting enmity between different groups on grounds of religion, race, etc.), section 153 B (imputations prejudicial to national integration), section 295A (acts insulting religious beliefs), section 298 (words wounding religious feelings) and section 505 (statements conducing to public mischief) of the Indian Penal Code, 1860 provide for offences falling under the purview of hate speech, the same cast a slippery slope in as much as the same provisions could attract an offence of sedition as well as hate speech. In the absence of water tight compartments and the overlap between the different penal provisions, it recommended inserting sections 153C (prohibiting incitement to hatred) and 505 A (prohibiting causing fear, alarm or provocation of violence).

Therefore, even though hate speech has escaped a clear definition, it squarely falls as a reasonable restriction to freedom of speech and expression in most developed legal systems. This is in consonance with the idea that there is no absolutism rooted in fundamental rights and a balance between right to freedom of speech and protection from incitement of discrimination is the essence of democracy and an equitable society.

The alarm and unrest created by incendiary speeches in India is reflected by the growing response and call for action by the legal fraternity in India. In the end of 2021, in the aftermath of the inflammatory speeches made at two separate events organized in Delhi (by the Hindu Yuva Vahini) and Haridwar (by Yati Narsinghanand Giri), calling for genocide of Muslims and propagating notions of ethnic cleansing, 76 Supreme Court lawyers wrote a letter to the Chief Justice of India, seeking suo motu cognizance of hate speeches made in both occasions. The letter stated that such speeches not only constituted an act of hate speech, but in effect amounted to an open call for murder of an entire minority community, thereby threatening the fabric of unity and integrity of India and endangering the lives of millions of Muslim citizens. The letter seeks to initiate criminal proceedings against nine individuals under various provisions of the Indian Penal Code, including section 120 B (criminal conspiracy), section 153 A (promoting enmity between different groups on grounds of religion, etc.), section 153 B (imputations prejudicial to national integration), section 295 A (acts insulting religious beliefs) and section 298 (words wounding religious feelings).

The letter puts focus on the need for judicial intervention and effective enforcement of the existing penal provision regulating hate speech forthwith. It is no surprise that the lack of judicial and enforcement measures failing to contain earlier occasions of hate speech in India are highlighted in the letter. This gains importance in lieu of the fact that law enforcement officials have repeatedly failed at taking action to prevent and contain hate speeches in public. The lack of police action against hate mongering in the Jantar Mantar Rally in 2021 was raised in the petition filed by former member of Planning Commission Syeda Hameed and Academician Prof. Alok Rai in August 2021, calling for police accountability and punitive action against police officials for inaction in hate speech cases. The petition raised the dangerous direct 'cause and effect' relation between such vicious rabble rousing and the actual violence inflicted on the minority community pan India. Both direct and structural violence, economic and cultural marginalization, are increasingly being reflected in the removal of targeted minorities from economic and social spaces.

The burgeoning call for regulation of hate speech by the Supreme Court as the guardian of fundamental rights and minority rights, gains traction in the backdrop of the Hon'ble Supreme Court's observation in Amish Devgan versus Union of India[6], that hate speech is a flagrant violation of the unity and fraternity of India and impinges upon human dignity, which is an essential element of right to life under Article 21. The fulcrum of difference that separates hate speech from a mere offensive speech is quintessentially depended upon the vulnerability and minority status of the victims. This makes it all the more imperative to fill the lacuna of a regulatory framework on hate speech at the earliest.

The author is an Advocate practicing at High Court of Delhi. Views are personal.