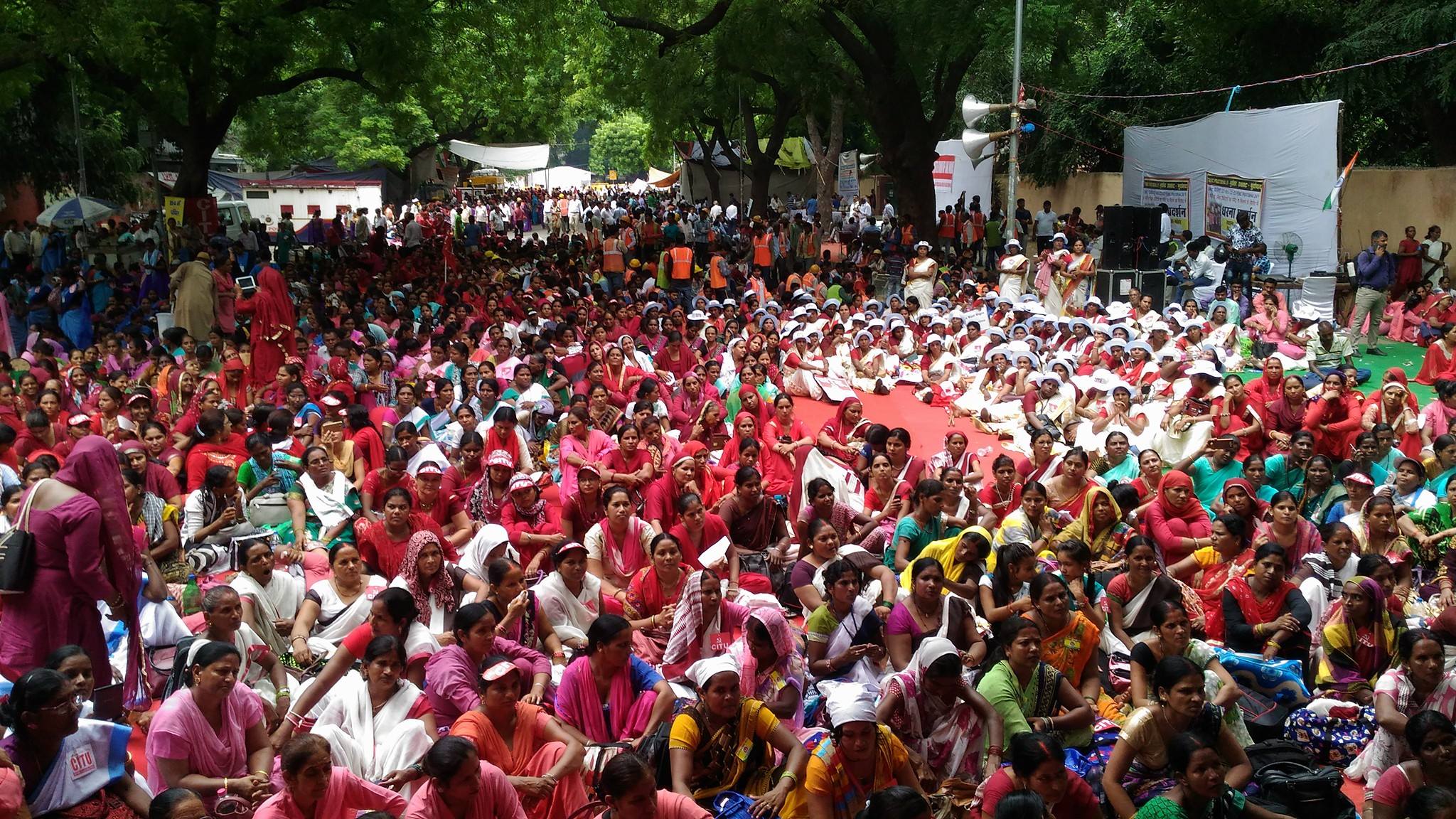 (Disclaimer : The term Womxn is an alternative term for the English language word women which has been regularly in use since 2015 to explicitly include transgender women and women of color. It has been used in a similar manner as womyn and wimmin, as a rejection of the folk etymology of 'woman' allegedly being 'of man'). For the very first time, this 18 September, will be celebrated...

(Disclaimer : The term Womxn is an alternative term for the English language word women which has been regularly in use since 2015 to explicitly include transgender women and women of color. It has been used in a similar manner as womyn and wimmin, as a rejection of the folk etymology of 'woman' allegedly being 'of man').

For the very first time, this 18 September, will be celebrated as the International Equal Pay Day, symbolizing the time immemorial efforts towards the achieving equal pay for equal work. In furtherance of Resolution adopted by the General Assembly on 18 December 2019 [on the report of the Third Committee (A/74/399)], Reaffirming also the commitment made to gender equality and the empowerment of all womxn and girls by Recalling that the 2030 Agenda for Sustainable Development. Drawing its sanctity from the United Nations commitment to human rights and against all forms of discrimination, including discrimination against womxn and girls, in specific.

Recently, #stoptherobbery campaign was introduced by the UN Women that creates awareness of the gender pay gap. It is estimated that globally, womxn only make 77 cents for every dollar earned by men for work of equal value, efficaciously being "robbed." According to the Gender Gap Index in 2020, India is at the 112th position. Reported, it will take India next 100 years to bridge the gap in areas of politics, economy, health and education.

The health policies, plans, and programmes in India bloomed during the national movement against colonial rule. The British authorities set up a Health Survey and Development Committee, commonly known as the Bhore Committee (1946) which among-st its major recommendations, stressed upon a comprehensive proposal for development of a national programme of health service in India. Later on in 1948, the Sokhey Committee recommended the bottom upwards approach while describing 'a people centred and pluralistic' model of development. However, in the post Independence era, the approach was not given much stress both within law and policy. The health sector has experienced both direct and indirect effects of the economic reforms and structural adjustments in India, which were welcomed in the nineties.

India's much debated health-care system became the limelight of debates during the pandemic, owing to its Gender Gap translation of policies and schemes. Although the Constitution does not explicitly guarantee a fundamental right to health, but the Apex court has time and again interpreted the right to health, by drawing its substance from Article 21 of the Constitution. The main objective of these dossiers is to read these international commitments through the municipal laws, offering a wider spectrum of understanding Article 21.

At a policy level, the National Rural Health Mission (NRHM) was launched in 2005 to strengthen the decentralized health planning and management.The NRHM reflects the revived commitment of the government to provide comprehensive health care, however, NRHM 2005 has been criticized by health activists and womxn's groups alike as being 'old wine in a new bottle'. The propulsion behind the NHRM scheme lead to the establishing of ASHA (Accredited Social Health Activist) at the village level as the tie-in for the rest of the rural public health system. The ASHA workers (as they are referred) have been instrumental in the eradication of polio and reducing the number of deaths during child birth. Recently, these all-female armies of contact-tracing health workers emerged as 'Corona warriors'.

ASHA workers are seen as 'volunteers' as per this scheme. The remuneration provided to them is often equated with honorariums that are given to temporary volunteers/workers. In the recent past, media reports have highlighted inappropriate taxing work hours, mental and physical harassment faced by these warriors. The 'honorarium' based arrangement amplifies the argument that care work as labour is gender-ed. Dagar, Bhardwaj and Bansal, in their latest qualitative study have attempted to explore the problems faced by Accredited Social Health Activist (ASHA) in performing their duties in selected areas of Delhi. Their study revealed that there are wide issues ranging from ill-equipped dispensaries, scarcity of resources, irregular incentives, workload, non-materialization of things, failure to achieve target, inadequate support from leaders, no value of ASHAs, so they always remain in a state of dilemma.

Right from non- payment of 'honorariums' to facing harassment and abuse, ASHA workers have experienced a deeply casteist and gendered apathy. Furthermore, there is huge discrepancy among the categories of organized/unorganized sectors, rural/urban areas and regular/contractual workers (Shroff, Mohapatra, 2020). Time and again, the Courts have interpreted the nature of this employment to be the one that cannot be regularized. But, State of Punjab and Others vs Jagjit Singh, has proved to be promising. In 2016, the Supreme Court ruled that all types of temporary workers and daily wagers are entitled for wage parity with the regular workers provided they perform similar work.

Recently, the Social Security Bill, was introduced which seems to be a tool of empowerment when a simple paper reading of the document is done. This was done with an ambitious goal to condense the nine labour related Acts into 'The Code on Social Security, 2019' in the previous year. The Central or State Government are deemed to notify specific schemes for gig workers, platform workers, and organized workers, which seems to be devoid of clarity. The point of scrutiny for us, within the ambit of this article is the magnanimous definition of 'employee'. The term'employee' as defined under Clause 2(26) of the Code, has skipped the backbone elements of our health-care system such as Anganwadi and ASHA workers, who were enclosed in the earlier drafts, as has been pointed out in a recent report by the parliamentary Standing Committee on Labour.

Upon interpreting the occupational aspects of health, it is necessary to have a detailed examination of womxn's work in terms of nature of work, hours of work, the remuneration, pay scale, all natural effects on her physical as well as mental health . The most common occupational hazard for women is over-work. Over working has further grave implications on the health of womxn.

A short term goal could be expanding definition of 'social security' for workers and expanding the definition of 'employees' to include Anganwadi and ASHA workers. While a long term goal could be a gender-based review of textbooks in several disciplines of medicine to conduct a critical review of standard texts, is a step forward to lessen the gender differences in the provision of decentralized health care. Narrowing the gender wage gap requires work at all levels of psychological, policy and legal formulation.