Blurred Lines: The Impact Of Covid-19 On The Rule Of Law 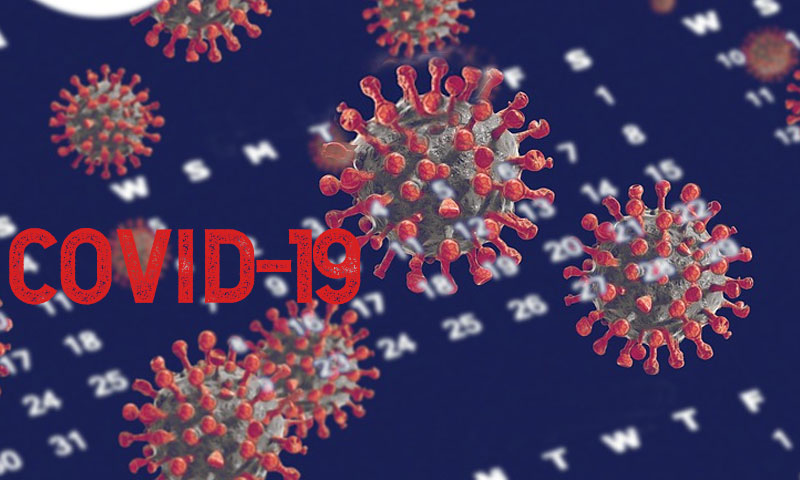 The onset of the Covid-19 pandemic has had multifarious effects on the laws of governance and the concept of "Rule of Law" across jurisdictions. Governments found themselves in precarious positions where they had to take immediate, unprecedented actions, the ramifications of which became a matter of life and death for millions of people. This resulted in ordinances and make-shift orders being passed swiftly without proper standard procedure and/or due care. During this time, in more cases than not, the parliamentary and legislative procedure of establishing and promulgating laws was often bypassed. The Executive arms of Governments wielded power without restraint and/or any scrutiny as they passed executive orders to firefight and limit the spread of Covid-19, while providing resources to affected citizens.

Most would assume the existence of certain safeguards and democratic controls on the decision-making of the Executive even during times of a pandemic. But on the contrary, numerous internationalorganisations and NGOs have cited violations, including the 2021 'V-Dem Report',which decried the global trend towards democratic decline through increasing autocratisation of states, whereby the use of the pandemic threat was used by certain governments to consolidate power within the Executive. Such negative practice from a rule of law perspective was exacerbated where the separation of powers was weakened by the marginalisationof parliaments, and the minimisationof judicial scrutiny.

It was often observed that the Executive dominated decision-making over pandemic response to the extent that they appeared to 'rule-by-decree', operating with such a latitude of discretion as to act beyond the scope of Rule of Law. This significantly diminished the doctrine of Rule of Law in a state, which in itself is a paramount pillar of democracy. A.V. Dicey set out the meaning of "Rule of Law", wherein he concluded that the term included at least three concepts: first, the supremacy of the law as opposed to arbitrariness or even wide discretion by governments; second, the equality of all persons before the law; and third, in England, principles establishing the rights of individuals developed by case law through the centuries in that country. The Indian Constitution has established a socialist, democratic and welfare state which is governed in accordance with the principles of Rule of Law.

During the Covid-19 pandemic, the Indian administration drew its statutory power from the Disaster Management Act, 2005 on a federal level and under the colonial Epidemic Diseases Act 1897 on a state level. Neither of the acts pertain exclusively to Covid-19 or a response to a pandemic as India did not have any legislation pertaining exclusively to a health emergency. The scope of powers granted by these acts are very expansive which gives the executive far-reaching powers to bypass the legislative process, effectively removing any checks and balances and obviating the requirement for parliamentary debates and discussions.

The lockdown brought life to a standstill in India, resulting in huge personal and commercial losses for individuals and businesses alike, the impact of which is felt even today. The lockdown imposed a comprehensive transport ban, only hours before it came into effect. Such action left millions of people stranded, without employment and without any government aid or support. Shortage of medical infrastructure, inter alia, beds in hospitals, medicines and doctors led to one of the worst health crisis suffered by India in modern times. Such was the emergency that the Indian judiciary also had to step in and thereafter played an integral part in administering the distribution of vital resources such as oxygen at a time when its scarcity was acutely being felt by hundreds of thousands.

Multiple writ petitions were filed by desperate citizens seeking for judicial intervention in procuring medicinal oxygen and hospital beds. There were disputes between the Centre and the states pertaining to the allocation of resources completely undermining the federal system of India. The Hon'ble High Court of Delhi took matters into its own hands to ensure that relief was provided to those in need by passing appropriate orders and directing public agencies to take immediate measures with appropriate accountability. Such desperate times led to a dissolution of the usual walls of separation between the legislature, executive and judiciary.

In India, the traditional separation of powers is the legislature as the primary law maker, the executive the enforcer of laws and the judiciary the interpreter of the laws ceased to exist and the segregation of powers blurred contrary to the Rule of Law. India did not possess the appropriate mechanism and infrastructure medically, legally or administratively to face a deadly pandemic such as COVID-19. This experience has alerted the Indian lawmakers of the necessity to implement efficient and sustainable law-making to deal with emergent public health emergencies, for a large country like India.

Therefore, during the pandemic the ethos of the doctrine of Rule of Law were significantly compromised resulting in multiple infractions on various levels. India, being the largest democracy with a population of over a billion people, requires the functioning of all its factums i.e., executive, judiciary and legislature in perfect harmony. In order to future proof and safeguard itself from such unprecedented challenges, India needs comprehensive management, the best modus operandi is to initiate a specific and targeted codified legislation to limit arbitrary and ambiguous wielding of power in the event of an emergency. A specifically enacted law would provide the vital clarity and accessibility to the citizens. Further, only such restrictions on freedoms of movement, work or expression should be imposed which are realistic, proportionate and indispensable. It would also foreclose, to some extent, possibilities for nebulous directions and abuse of powers. To protect Rule of Law, the government must comprehend the significance of transparency in governance and initiate measures to restore the trust of the public in a welfare democracy such as India. There must be initiatives undertaken to encourage public consultation and dialogue while ensuring that the doctrine of separation of powers between the executive, legislature and the judiciary is upheld even in challenging and unforeseen times such as those experienced during the Covid-19 pandemic.

The author is an Advocate practicing in the Delhi High Court. Views are personal.