CAB: A Bill That Robs India's Conscience And Secularity 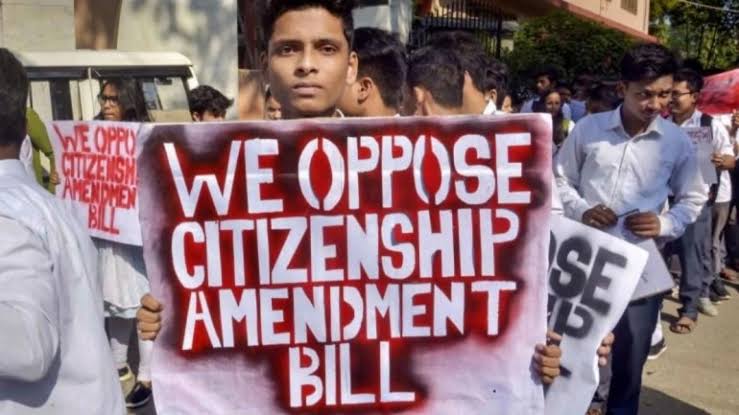 To our amazement and disbelief, the lower house of the Indian Parliament has passed the Citizenship (Amendment) Bill 2019 with a provision to exclude Muslim refugees (persecuted or otherwise) from Pakistan, Bangladesh and Afghanistan in granting citizenship of India. If the Bill is passed by the Rajya Sabha, the upper house, we will be set to witness as how religious affiliation...

To our amazement and disbelief, the lower house of the Indian Parliament has passed the Citizenship (Amendment) Bill 2019 with a provision to exclude Muslim refugees (persecuted or otherwise) from Pakistan, Bangladesh and Afghanistan in granting citizenship of India. If the Bill is passed by the Rajya Sabha, the upper house, we will be set to witness as how religious affiliation of an individual is not only deciding his/her civic identity in a secular State but also all the rights that emanate from citizenship will be religiously determined. Our Constitution is a mirror image of the Idea of India that is inclusive, harmonious, secular and progressive. Can any rightly guided citizen afford to witness the construct of New India turning fast against the very spirit of Idea of India? More importantly, is it constitutional, legal or even fair to let the criterion of religion decide the idea of secular citizenship? In all probabilities, we sincerely doubt its constitutionality, legality and fairness.

Be that as it may, we cannot completely deny the merit and progressive aspects of the Bill as it provides an opportunity to a large chunk of illegal migrants from Pakistan, Bangladesh and Afghanistan to be the citizen of India. It is a significant move forward in the ways of evolving the refugee law to deal positively with the refugees in India. But its utter selectivity in extending the given logic while denying citizenship to persecuted minorities within Muslims like Ahmadiyas, Baloch, Shias from Pakistan, Bangladesh and Afghanistan, exclusion of persecuted groups from other neighbouring countries like Rohingyas from Mynamar, Madhesis from Nepal, Tamil Elam from Sri Lanka and Muslims from China conspicuously strip of the idea of secularity, progressiveness and inclusivity from the proposed Citizenship Amendment Bill.

Equally important, the idea of religious persecution or forced migration is not necessarily linked with the group's religiosity alone. Any group or individual including atheists irrespective of their affiliation with minority or majority groups may be subjected to persecution or forced to flee from the country if their views do not conform to the dominant sectarian clergy norms enjoying the support of the ruling establishment.

We must note that the constitution of India has guaranteed fundamental rights to all the persons irrespective of any religion. The benevolence of the drafters of the Constitution can be seen in the fact that it has guaranteed more rights to its minorities.The most significant fundamental rights such as right to life and right to equality are ensured even to non-citizens. The Supreme Court has persistently held that the fundamental right enshrined under Article 21 and Article14 applies to all irrespective of the fact whether they are citizens of India or aliens. This protection was extended to Chakma Refugees while hearing the matters of Louis De Raedt vs. Union of India [(1991) 3 SCC 544] and State of Arunachal Pradesh vs. Khudiram Chakma [1994 Supp. (1) SCC 615]. Later, in National Human Rights Commission vs. State of Arunachal Pradesh [1996 SCC (1) 742] widely known as Chakma refugee case, the apex court re-affirmed the liberality and progressivism of the constitution. The Bill, by distinguishing illegal immigrants on the basis of religion settles the concept of equality, a fundamental right and basic structure of the Constitution. The Bill will not pass the test of reasonable classification because it discriminately and arbitrarily excludes Muslims from its compass. Power to pick and choose as proposed in this Bill has been discarded as arbitrary and against Article 14 in several landmark cases of Supreme Court. [The State Of West Bengal vs Anwar All SarkarAIR 1952 SC 75 &Shri Ram Krishna Dalmia vs Shri Justice S. R. Tendolkar AIR 1958 SC 538]. The basic idea of a secular India is at stake and Bill if enacted will make it only less inclusive and increasingly more unjust country.

The alleged Bill also attenuates the norm of international human rights law and refugee law. Though India has neither ratified the Refugee Convention (1951) nor its 1967 Additional Protocol, nevertheless, it has extended constitutional protection to refugees without any religious discrimination. India became a member of the Executive Committee of the High Commissioner's Programme (EXCOM) in 1995 which supervises the material assistance programme of United Nations High Commissioner for Refugee (UNHCR). Membership of the EXCOM indicates greater commitment to refugee jurisprudence. Apart from this, India voted affirmatively to adopt the UN Declaration of Territorial Asylum in 1967 and accepted the principle of non-refoulma as envisaged in the Bangkok Principles 1966, and acknowledged as jus cogens which is binding on all nation-states irrespective of fact whether state has signed the refugee convention or not. Being a signatory to ICCPR, ICESCR, CEDAW and most significantly the Convention against Torture (CAT) 1984, India is under an obligation to provide asylum to a person who has any fear of persecution irrespective of religion of the person.

This recent trend in the Supreme Court has already created a perception that the apex court will be siding with the Government in all cases involving high-stakes. Hence, in the prevailing state of affairs, the expectation from SC to objectively examine the Bill on the tenets of the constitution is also bleak. All hopes therefore rests on the house of elders.