Can Judges Use Court As A Platform To Voice Personal Views? 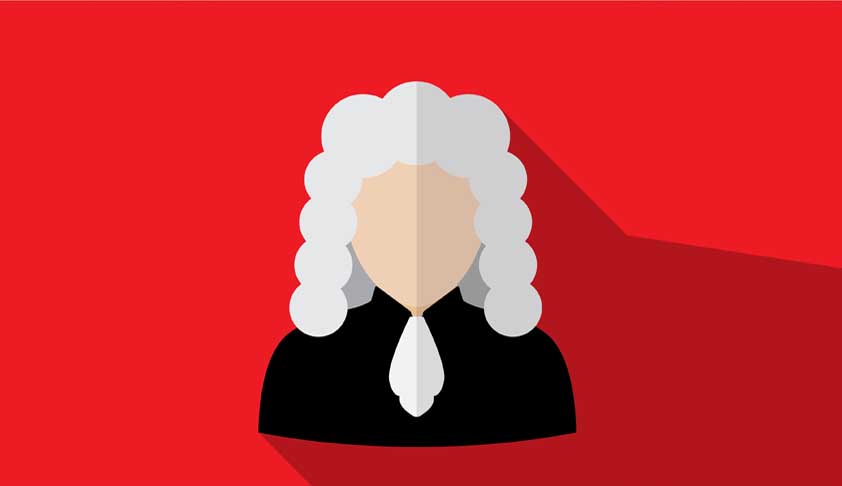 x
Judicial restraint is to be exercised to ensure that all statements made by a judge are backed by evidence and are germane to the issue being considered.

While dismissing a petition filed by a faculty member to quash a show cause notice issued by an educational institution against him following sexual harassment complaints by 34 students, a single bench of the Madras High Court made few observations. "Certain laws, which are in existence for easy access to women , lend itself to easy misuse that women will find it hard to resist...

While dismissing a petition filed by a faculty member to quash a show cause notice issued by an educational institution against him following sexual harassment complaints by 34 students, a single bench of the Madras High Court made few observations.

"Certain laws, which are in existence for easy access to women , lend itself to easy misuse that women will find it hard to resist the temptation to 'teach a lesson' to male members and will file frivolous and false cases" and " this is the right time for the government to think of suitable amendments in those laws in order to prevent its misuse, so as to safeguard the interest of the innocent masculinity too" observed Justice S.Vaidyanathan of the Madras High Court in the order. The judge referred to alleged instances of misuse of the anti-dowry law and wondered, "whether those laws are invoked by women with genuine reasons".

Curiously, the Court did not find any reason to quash the notice issued by the internal complaints committee against the professor for alleged sexual harassment. Therefore, it puzzles one's mind to think what was the relevance of these observations in the judgment.

Not stopping there, Justice Vaidyanathan made sweeping observations about Christian educational institutions that , " now there is a general feeling amongst the parents of students, especially female students, that co-educational study in Christian institutions is highly unsafe for the future of their children and though they impart good education, the preach(sic) of morality will be a million-dollar question." The judge also made certain remarks about Christian missionaries and their role in "compulsory conversion of people of other religions into Christianity."

Again, one wonders how these observations, which seem like unsubstantiated personal views, were relevant to the case. 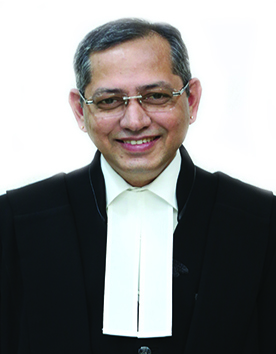 This is not the first instance of Justice Vaidyanathan using the privileged platform of judicial office to express personal views. In the case of Rasu vs the Superintendent of Police and others, the petitioner had approached the High Court, for permission to conduct a cultural programme in a temple .The Court permitted him to do so subject to certain conditions. The case was listed after the programme was over to report compliance and Justice Vaidyanathan, at that stage, decided to impose a dress code to be followed by all temples in the State of Tamil Nadu. The statutory body that had to comply with this direction, the Hindu Religious and Charitable Endowments Board, was not a party to the proceeding and was therefore impleaded, suo motu, on the same day, to facilitate immediate compliance.

This order was challenged by the government and two groups working on gender rights. The Division Bench, in the appeal, held that the reason stated by the single Judge to justify the order runs contrary to the word of caution by the Supreme Court in 'Meerut Development Authority case' in which it said, "it would seem to us it would be wise for the courts not to venture into this unchartered minefield. We are not exercising our will. We cannot impose our values on society. Any such effort would mean to make value judgments. This illustrates the danger of judges wrongly, though unconsciously, substituting their own views with the views of the decision- maker, who alone is charged and authorised by law to exercise discretion."

The Bench therefore set aside Justice Vaidyanathan's order on 4th April, 2016 and said that "prescribing a dress code for the devotees worshipping in temples was not an issue, which arose directly or indirectly in the petition. There was no prayer by the petitioner seeking the prescription of a dress code. The petition had practically become infructuous, as the main relief claimed was granted and that order had also been complied with. Therefore, there was nothing in the petition to be further adjudicated."

There are other instances when Judge Vaidyanathan made statements that one can hope is personal and not that emanating from the office he holds, including the most shocking one made in July, 2014 that criminal punishment for those involved in forgery should be chopping off of the arms.

It is an established judicial norm that judges do not venture into issues that are not the subject matter of adjudication. Judicial restraint is to be exercised to ensure that all statements made by a judge are backed by evidence and are germane to the issue being considered. The Court room cannot be used as a platform to voice personal views and opinions, as every word uttered by a judge carries weight and meaning. In the sexual harassment case, the issue before the Court was not the quality of functioning of minority educational institutions or the safety of their campuses, but an individual's challenge to the notice issued by the educational institution in discharge of it's disciplinary functions. The observations made by the judge were, therefore, not relevant and necessary.

Secondly, judges should not make sweeping generalizations, unsupported by empirical data or evidence. Such statements raise apprehensions about the neutrality and impartiality of judges- values that are crucial to the very survival of the justice system. The authority of courts rests on sustained public confidence in its impartiality and integrity. Impartiality is a state of mind or attitude, not just in relation to the parties of a particular case, but also in relation to the issues before the Court. It connotes absence or bias, both real and perceived. It is true that judges are human and not infallible, but the office they hold is one of public trust demanding high standards and it their responsibility to ensure that they always strive to diminish any perceived impartiality by their conduct.

Also, obiter observations against a party who is not present before the Court result in violation of principles of natural justice.

The Bangalore Principles of Judicial Conduct mandates that a judge shall perform his or her judicial duties without any favour, bias, or prejudice and ensure that his or her conduct, both in and out of court, maintains and enhances the confidence of the public, the legal profession and litigants in the impartiality of the judge and the judiciary.

The negative stereotyping of all Christian educational institutions by a judge will lead to apprehensions in the mind of a reasonable observer about his subjective impartiality. This statement is not supported by any data and is factually incorrect. Sexual harassment complaints have been made by students in colleges and Universities that are not managed by minorities.

The expression of an assumption that most women misuse laws intended to protect them reveals a gender bias that no judicial officer should have. It can be rightly assumed that from now on, any woman approaching the Court for relief against a man in a domestic violence offence or a dowry complaint has to, at the outset, prove her credibility and establish that her action is not motivated by an intention "to teach him a lesson." This negates the limited progress made in the realm of gender rights jurisprudence after decades of struggle by women, who still face a hostile and discriminatory justice system.

There is a real danger that the observations made by Justice Vaidyanathan may be perceived by a reasonable person to be misogynistic and gender insensitive. It may have far reaching consequences - investigative agencies that are reluctant to treat gender related offences as serious will be emboldened to make it even more difficult for women to register complaints.

Surely that does not augur well for the justice system.

(The author is an advocate practicing at the Madras High Court)