Caught In The Undertow – Section 31D Of Copyright Act 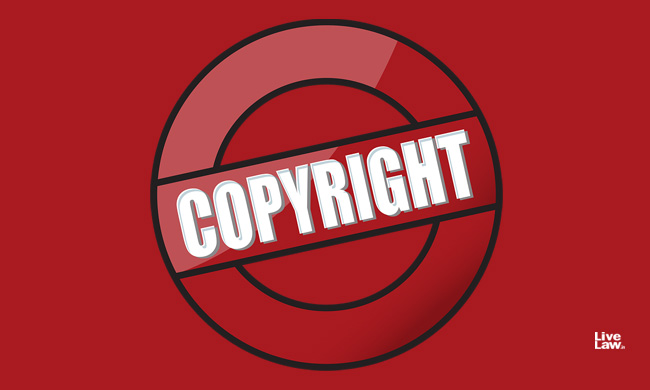 Section 31D was introduced into the Copyright Act, 1957 ("the Act") by the 2012 amendments, which are considered to be the most significant amendments to India's copyright law. The Section pertains to Statutory Licensing provisions in respect of sound recordings, literary and musical works applicable to radio and television broadcasting organisations. A Statutory License can...

Section 31D was introduced into the Copyright Act, 1957 ("the Act") by the 2012 amendments, which are considered to be the most significant amendments to India's copyright law. The Section pertains to Statutory Licensing provisions in respect of sound recordings, literary and musical works applicable to radio and television broadcasting organisations.

A Statutory License can be commonly understood to mean a license inherently granted by the statute itself; to elaborate in simpler terms, the statute grants the license without the requirement of any further license/authorization from the copyright owner. Statutory Licensing, by its very nature, goes against the principle of a free market and is against the rightful authority of the owner of any intellectual property to determine the value of its intellectual creation or asset.

As mentioned earlier, the application of Section 31D of the Act extends to Radio and Television broadcasting organisations only. In the backdrop of multiple legal disputes between music labels and an infant private radio industry, statutory licensing provision was introduced under the Act with the chief intention to support the emerging private radio industry in India. Addition of television in itself under the Section was an after-thought. The same becomes evident from the parliamentary debates pertaining to the Copyright (Amendment) Bill, 2012, which led to the introduction of Section 31D into the Act. Relevant extracts from the Parliamentary Debate recorded in the Parliament Report dated 22.05.2012 are reproduced hereinbelow: -

"…. There is another statutory license under section (d). This was again a matter of great debate…..

…Therefore, there was some debate as to whether it should be limited only to radio, and TV should be kept out of it. But ultimately, we decided that TV should be included in it. So, broadcasters, in general, are now subjected to statutory rights."

In 2012, when the Parliament was debating over the specific nuances of Statutory Licensing, the internet was very much in existence, to say the least (YouTube came to India in 2008!).

Even back in 2010, when the Parliamentary Standing Committee on Human Resource Development submitted its 227th Report on the Copyright Amendment Bill, 2010, it ornately discussed the issue of copyright protection in light of technological advances which also finds mention in the very introduction of the report:

"The Copyright (Amendment) Bill, 2010 seeks to amend the Copyright Act, 1957 with certain changes for clarity, to remove operational difficulties and also to address certain newer issues that have emerged in the context of digital technologies and the Internet…."

The Parliamentary Committee, while discussing the inclusion of Section 31D made no mention whatsoever to the inclusion physical formats, digital modes or any other form of exploitation of music other than through radio and television.

It can, thus, be safe to conclude that there is no ambiguity about the intent of the legislature to limit the applicability of Section 31D to radio and television broadcasting.

In spite of a seemingly loud voice of dissent from various stakeholders of the music industry, against the inclusion of any form of Statutory Licensing provisions under the Act, Section 31D and its corresponding Rules 29 to 31 were implemented to cover statutory licensing provisions limited to broadcasting organisations i.e. radio and television, as a part of the amendments to the Act in June, 2012.

The said provision could never be exercised by the broadcasting organisations owing to the defunct status of the erstwhile Copyright Board (now merged into Intellectual Property Appellate Board). It, however, continued to be a sword hanging over the head of the copyright owners.

To add insult to injury, on September 5, 2016, the Department of Industrial Policy and Promotion (now Department for Promotion of Internal Industry and Trade) suo moto issued an Office Memorandum (hereinafter referred to as "OM") declaring Section 31D to include internet-based platforms within the scope of 'broadcasting organizations' under Section 31D. This was an Executive organ of the state colouring the statute with an interpretation that not only blatantly surpassed the actual words of the legislation but also went way beyond the object and intent of the Parliament for introducing Section 31D in the Act.

While the said OM's standing was not tested in a court of law for a couple of years thereafter, it was utilized by the internet-based platforms as an overhanging weapon whenever negotiations with copyright owners of music became 'unfavourable' or 'unreasonable'.

These off the radar disputes eventually culminated in two major players on either side of the tussle, Tips Industries Ltd. ("Tips") and Wynk Ltd. ("Wynk"), knocking on the doors of the honourable Bombay High Court in 2018, wherein Wynk relied on the OM. The High Court elaborately examinedthe issue of applicability of Section 31D to internet organisations to rightfully conclude that Section 31D contemplates only radio and television broadcasting.

Further, while deciding upon the validity of the afore-stated OM issued by the erstwhile DIPP, the Hon'ble Court held it to "lack statutory flavour" for being inconsistent with the provisions of the Copyright Act, 1957 and Copyright Rules, 2013.

An appeal has also been filed before the Division Bench of the Bombay High Court against the Order. The Division Bench has only stayed the injunctive relief granted to Tips by the Katthawala J.'s single bench, on the condition that Wynk deposits a sum of INR 5 Crores in the Court.

Communication to the public v/s Broadcast:

'Communication to the Public' is defined under Section 2(ff) of the Copyright Act, 1957 as follows:

"communication to the public" means making any work or performance available for being seen or heard or otherwise enjoyed by the public directly or by any means of display or diffusion other than by issuing physical copies of it, whether simultaneously or at places and times chosen individually, regardless of whether any member of the public actually sees, hears or otherwise enjoys the work or performance so made available.

Explanation. — For the purposes of this clause, communication through satellite or cable or any other means of simultaneous communication to more than one household or place of residence including residential rooms of any hotel or hostel shall be deemed to be communication to the public;

Section 14(e)(iii) of the Copyright Act grants to the owner of a copyright in Sound Recordings the exclusive right to communicate the sound recording to the public. The services offered by interactive internet-based platforms to the extent of their streaming function are in the nature of communication to the public; the same can be deduced from the typically standard rights (license to communicate to the public by streaming, caching, hosting, making available, etc.) sought under a license by any internet-based streaming platform from the music provider.

In the case of download function offered by internet-based platforms, it is needless to state that permanent/cached download of music amounts to commercial rental/sale of music. The aforementioned Parliamentary Committee was also of the same opinion, which was yet again reiterated by the Hon'ble Bombay High Court in the Tips v/s Wynk matter. Selling or giving on commercial rental or offering for sale or commercial rental is an exclusive right granted to the owner of copyright in sound recording under Section 14 (ii) of the Act. It is safe to thus conclude that offering songs for download would be covered under a different category of rights under the Act which is securely beyond the scope of Statutory Licensing provisions under the Act and thereby, forms no part in this unending saga.

On the other hand, 'Broadcast' has been defined under Section 2(dd) of the Copyright Act, 1957 as follows:

"broadcast" means communication to the public—

From a bare perusal of the definition of 'broadcast' under the Copyright Act, 1957, it becomes apparent that right to 'broadcast' is a sub-set of the right to 'communicate to the public' and thus, is a right exclusively available to the owner of copyright. The Legislation made an exception with regard to radio and television broadcasting organisations for the reasons stated herein earlier.

However, if one were to actually go with the argument (for whatever reason) that internet - based streaming platforms are broadcasting organisations along with radio and television, one would arrive at a rather absurd and unprecedented conclusion that the terms 'broadcast' and 'communication to public' are synonymous and inter-changeable. It would further imply that it is the right to communication to the public itself that is granted under the Statutory Licensing provisions of Section 31D, which would ultimately mean that the owner of copyright in the sound recording does not have the exclusive right to/authorise the communication to the public at all, and is left with the mere right of remuneration, based on rates fixed by the Intellectual Property Appellate Board or any other adjudicating authority that may come to replace it.

Such an interpretation not only mutilates the exclusive rights granted to the copyright owner under the Act, which happen to be the essence of any copyright protection regime, but also is in conflict with global practices and International treaties which India has signed and ratified (Berne Convention, WIPO Performances and Phonogram Treaty, etc.).

This constant subsidization of the cost of music licensing, be it for usage in an otherwise flamboyant big fat Indian wedding or through an internet-based platform that valuates at a billion dollars or more or under the garb of ease of doing business, seems to come from a misplaced sense of entitlement that music need not be paid for.

Section 31D was introduced with the specific intent to support the upcoming Private Radio industry in India. The Private FM Radio Industry is now a full-grown giant whose revenues are approximately three times the size of the revenues of entire recorded music industry. The protection is redundant in itself. What is, however, worrisome is the demand or inclination towards extension of such a shield to internet-based platforms whose valuations fall short of no less than a few hundred million dollars each, which prima facie appears to be a clear deviation from the original intent of the legislation.

(The author is the General Secretary of Indian Music Industry(IMI), the apex body representing the recorded music industry on a pan India basis).