Having A Central Bank Digital Currency: Path Ahead 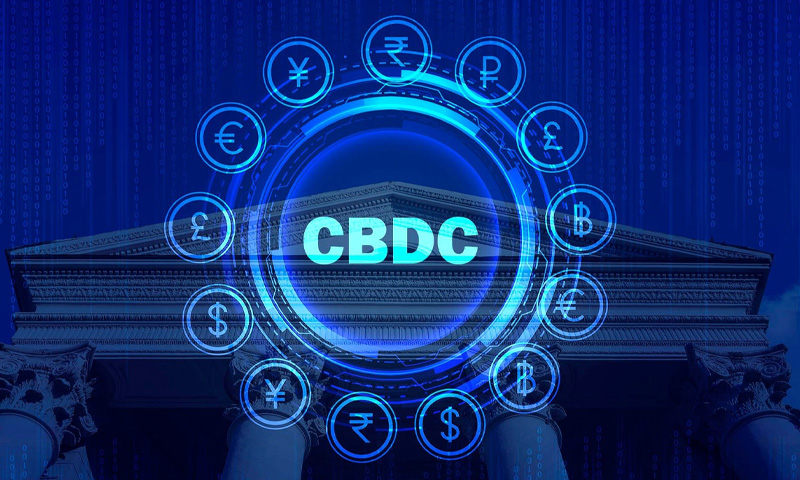 In the Union Budget for 2022-23, Finance Minister Nirmala Sitharaman announced that the Reserve Bank of India (RBI) will introduce the Central Bank Digital Currency (CBDC) as India's official digital rupee in 2022. In a major boost to crypto players, a 30 percent tax rate has been imposed on income from transfer of virtual digital assets. While the Government is yet to...

In the Union Budget for 2022-23, Finance Minister Nirmala Sitharaman announced that the Reserve Bank of India (RBI) will introduce the Central Bank Digital Currency (CBDC) as India's official digital rupee in 2022. In a major boost to crypto players, a 30 percent tax rate has been imposed on income from transfer of virtual digital assets. While the Government is yet to regulate the investment, transaction and use of private cryptocurrencies in India, the Government's decision to launch an official digital currency or a Central Bank Digital Currency (CBDC) is a step towards a big institutional makeover that might change the nature of money entirely. This is in line with the upcoming approach of central banks across countries, many of which are in stages of experimenting some or the other form of an official digital currency in circulation.

As a new techno-financial innovation (after the success of decentralised financing and launch of e-wallets and payments apps), CBDC poses significant technological, monetary, legal and regulatory risks and therefore requires a carefully calibrated model and a nuanced implementation and distribution strategy to counter the challenges, if implemented. To this end, the RBI has indicated that the launch shall be done in a phased manner, while use-cases with minimum disruptive effect are examined and a legal framework is laid down alongside. There is little detailed thinking currently available on the subject in public domain, and this concept note is an attempt to structure some primary factors (legal and regulatory) that are central to the execution of CBDC in the Indian context. This concept note basis it's understanding on the reports of the RBI, Bank for International Settlement, International Monetary Fund and industry insights by experts etc on CBDC and virtual currencies.

What Is A Central Bank Digital Currency (Or CBDC)?

A CBDC is a digital representation of a country's fiat currency, backed by its central bank. Unlike private cryptocurrencies like Bitcoin and Ethereum that are volatile, unregulated and oftentimes function as assets brought with money, a CBDC has value equal to its paper counterpart, is a claim on the Central Bank and is money in every sense of the term. Unlike traditional reserves and settlement accounts of a central bank which are also digitally stored but are available only to a select few institutions like banks, CBDCs are intended for wider access or use making them a better potential for retail transactions. RBI has indicated its intention to launch a general purpose CBDC but is still in the process of exploring the design aspects and scope of it. The key questions on design of CBDC pertain to:

The regulatory and legal framework needed for the execution of CBDC shall depend intrinsically on the above stated design choices for the CBDC. Some major legal and regulatory challenges associated with different models of CBDC are addressed below and are likely to be addressed by the RBI in near future.[1]

RBI's power to issue CBDC as a currency

Section 25 of the RBI Act provides that "The design, form and material of bank notes shall be such as maybe approved by the Central Government after consideration of the recommendations made by the Central Board."

A simple reading of this provision shows that a bank note does not have to be made of any specific material or technology or even that it should be in physical form as long as the Central Board approves its form. Thus, Section 25 of the RBI Act can be interpreted to mean that RBI has implicit powers to issue CBDC in the form of digital bank notes. However, reading CBDC within the term "bank notes and coins" would be a stretch in case a more innovative model of CBDC, such as a token-based model, or one carrying interest, is adopted by the RBI. Hence, it would be recommended that appropriate legislation be drafted with explicit reference to currencies being in the form of bank notes, coins, and digital tokens so that innovative features of a CBDC are not restricted by the existing laws. Other ancillary provisions that are necessary for the issuance of CBDCs such as those pertaining to printing and minting of currency, planning of their circulation, withdrawal, demonetisation and destruction of currency should also be amended.

Legality of CBDC as a legal tender

Section 26 of the RBI Act provides that every bank note shall have the status of a legal tender in India. While a very simplistic understanding of CBDC as a bank note under Section 25 would automatically give it the status of a legal tender under Section 26, such an approach can be fundamentally problematic if the characteristics of legal tender are not met by CBDC. According to the RBI, a legal tender is a coin or a banknote that is legally tenderable for discharge of debt or obligation. This would mean that people and organisations have to accept a currency that is accorded the status of a legal tender as payment. While financial institutions using a wholesale CBDC limited to financial and other institutions would easily shift to the CBDC mode of payment as an easy substitution to direct account transfers, a largely issued retail CBDC might become problematic for those parts of the population which are not capable of using it, from a fairness perspective, if it is mandatorily imposed on them as a legal tender. Instead of making it mandatory, RBI should adopt an approach where the adoption of CBDC as a mode of payment is encouraged by providing incentives in legislation to promote its use or at the least, an indicative approach to use CBDC should be adopted where users are given the freedom to contractually agree upon other forms of payment. Specific measures outside law to make CBDC more convenient and inclusive for all must also be undertaken.

Both wholesale and retail CBDC transactions over a certain size would need to comply with Anti Money Laundering/ Combating the Financing of Terrorism regulations. To this end, CBDC can be designed to provide user and transaction information to RBI but that would raise privacy concerns and the possibility of State surveillance. On another extreme end, complete anonymity to transactions would facilitate money laundering and illegal financing. This would require RBI to trade-off between satisfying privacy concerns and mitigating risks to financial integrity. The central banks of G7 countries in a report currently notes that full anonymity is not plausible with CBDC as CBDC will need to be compliant will anti-money laundering laws, so a key issue for the RBI will be deciding what data should be stored, who has access to what parts of the data and under what circumstances. One of the advantages of CBDC is that with a CBDC in place, the Government will be better equipped to prevent illicit activities and transactions as cryptography and public ledger make it easy for RBI to track money throughout its jurisdiction. Keeping these concerns in mind, it is probable that the RBI shall opt for a permissioned variant of DLT as a permission-less DLT will complicate RBI's task of monitoring transactions and the monetary supply. Along with implementing AML/CFT framework, RBI will also have to develop its own framework on customer due-diligence. Moreover, the regulatory processes around IT and cybersecurity are not updated to deal with the CBDC and need to be made more robust before adopting this technology

RBI's powers to transact directly with the public

The path forward is currently uncertain, and design choices could drive very different operational and policy outcomes. Retail CBDCs can provide to a government, the ability to observe the real-time macroeconomic situation in a country, thus creating avenues for more effective implementation of monetary policies. They could cut the operating expenses of the Indian financial industry if large cash expenses can be replaced with CBDCs, for instance the cost of printing, transporting, storing and distributing currency. This could make finance more accessible for the 190mn people who lack bank accounts in India. But, the introduction of CBDC would require significant investment in infrastructure to create and maintain a digital currency network through accounts or through tokens. These cost-cuts and expenditures must be accounted in the cost-benefit analysis to determine the practical utility of CBDCs. Such cost-benefit analysis must also account for the potential save in black money, counterfeit currency and tax evasion that are likely to reduce with successful deployment of CBDCs. Other than this, a digital currency developed by India could help retain public preference for Rupee which is likely to dwindle with prevalence of virtual currencies based in US Dollars. Digital currencies could also expand governments' toolkits by letting them make instant payments to citizens and cut interest rates below zero. Imagine a UPI where CBDC is transacted instead of bank balances- the need for interbank settlement will disappear and time-zones would no longer be a hindrance in currency settlement. For ordinary users, the appeal of a free, safe, instant, universal means of payment is obvious.

It is this appeal, though, that creates dangers. Unconstrained, CBDCs could fast become a dominant force in finance, particularly if network effects made it hard for people to opt out. They could destabilise banks, because if most people and firms stashed their cash at the central banks resulting in reduced intermediation of banks, lenders would have to find other sources of funding with which to back their loans. If retail banks were sucked dry of funding, someone else would have to do the lending that fuels business creation. This raises the queasy prospect of bureaucrats influencing credit allocation. CBDCs could alter geopolitics, too, by providing a conduit for cross-border payments and alternatives to the dollar, the world's reserve currency. Small countries fear that, instead of using local money, people might switch to foreign e-currencies, causing chaos at home. CBDC could also be a potential target for cyberattacks and illicit activity. CBDC architecture could be extremely resistant to such threats because of multiple entry points to a CBDC network compared to existing network. Governments and financial firms need to prepare for a long-term shift in how money works, as momentous as the leap to metallic coins or payment cards. That means beefing up privacy laws, reforming how central banks are run and preparing retail banks for a more peripheral role.