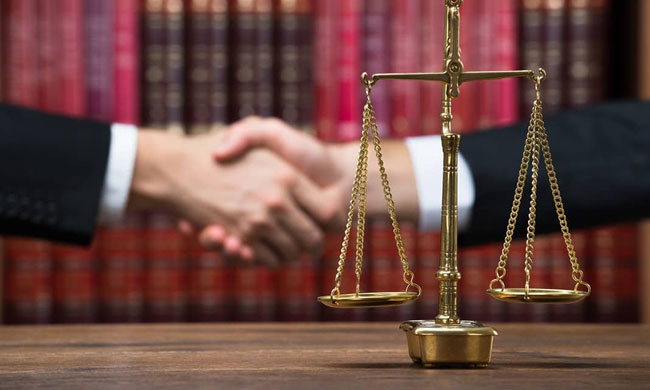 Recently, I, attended a top-notch law firm's panel discussion event. One of the topic was Third Party Funding in Litigation. Like most of the lawyers, my knee jerk reaction was- no we can't -our Bar rules bar that. It's unethical and immoral for us. Was I wrong or was I right? I guess both. I was right that we the lawyers cannot fund litigation or take contingency fee. But I was wrong at the...

Recently, I, attended a top-notch law firm's panel discussion event. One of the topic was Third Party Funding in Litigation. Like most of the lawyers, my knee jerk reaction was- no we can't -our Bar rules bar that. It's unethical and immoral for us. Was I wrong or was I right? I guess both. I was right that we the lawyers cannot fund litigation or take contingency fee. But I was wrong at the same time. Topic was third party litigation funding (TPLF). This means that any but a lawyer can fund it. TPF is nothing but another asset class. I did my quick research and found it's one of the most successful asset class in recent times! I did my own research and found that off quoted one is recent decision of Supreme Court in case of Balaji(Foreign Lawyer entry case). However, that case (on this point) didn't inspire much confidence. In the Balaji's judgment Para 35 comes under contentions raised heading and further couldn't find more discussion on it. So, it lays no ratio, its merely an obiter dicta in Balaji's case. Not satisfied I researched further and my research took me to a 1954 judgment. This 5 judge decision is authored by Justice Vivian Bose and is titled G' a Senior Advocate of the Supreme Court, In re,. In this case, Mr G, Sr Advocate entered into an agreement with his client that the client will 50% of whatever he win and in lieu there of- the client was paying fraction of Mr G's fee and Court fee. The five judge bench of the Supreme Court in this case, upheld suspension of Mr G, a Senior Advocate but in para 11 of this judgment makes it abundantly clear that TPLF is not banned in India. It provides that:

"11. Now it can be accepted at once that a contract of this kind would be legally unobjectionable if no lawyer was involved. The rigid English rules of champerty and maintenance do not apply in India, so if this agreement had been between what we might term third parties, it would have been legally enforceable and good. It may even be that it is good in law and enforceable as it stands though we do not so decide because the question does not arise; but that was argued and for the sake of argument even that can be conceded. It follows that there is nothing morally wrong, nothing to shock the conscience, nothing against public policy and public morals in such a transaction per se, that is to say, when a legal practitioner is not concerned. But that is not the question we have to consider. However much these agreements may be open to other men what we leave to decide is whether they are permissible under the rigid rules of conduct enjoyed by the members of a very close professional preserve so that their integrity, dignity and honour may be placed above the breath of scandal. That is part of the price one pays for the privilege of belonging to a kind of close and exclusive "club" and enjoying in it privileges and immunities denied to less fortunate persons who are outside its fold. There is no need to enter its portals and there is no need to stay, but having entered and having elected to stay and enjoy its amenities and privileges, its rules must be obeyed or the disciplinary measures which it is entitled to take must be suffered. The real question therefore is whether this kind of conduct is forbidden to the elect or whether, if it was once forbidden, the ban has since been removed, either directly or by implication, by legislative action."

Thus, in this case, though the lawyer was suspended but TPLF was held to be legally enforceable and good. Thus, if a lawyer does TPLF its bad but if there is a fund which does it as an investment it's a good idea and merely an asset class.

Champerty and maintenance are common law doctrine which is applied to avoid frivolous litigation. Maintenance is meddling by a disinterested party in affairs of a dispute while Champerty is an illegal agreement in which a person with no previous interest in a lawsuit finances it with a view to sharing the disputed property if the suit succeeds.

Order XXV CPC deals with Security for Costs. To my surprise, I found that Third Party Litigation Funding is expressly recognized by High Courts of Bombay(1983), Gujarat(1983) and Madhya Pradesh(since 1960) .

Globally, TPLF is a new black. It originated in Australia and is applied by many more jurisdictions. It is a commonplace in UK, US, Canada, Singapore, Hong Kong and most of Europe. Historically, on grounds of Public Policy TPLF was barred under the Statute of Westminster 1275. However, 1967 Criminal Law Act has done away with tort as well crime of champerty and maintenance. Thus, even English Law has don't prohibit TPLF. TPLF is a self regulated activity in UK through Code of Conduct of Association of Litigation Funders(ALF). In US, TPLF is recognized by few states only. Recently, Ireland Supreme Court in case of Persona Digital Telephona frowned upon TPLF and barred it.

Most of the Class Action Suits are fought by TPLF. With Class Action Suits making inroads in India, investors should look at TPLF as an interesting asset class to invest in. This is potentially a win-win situation for Indian lawyers too. They will be paid decently and will put in quality research and resources to deliver. On the bleak side, when viewed as an asset class it could lead to jump in frivolous cases filed by TPLF. Another area where TPLF can make huge inroads is under Competition Law.

Thus, it's abundantly clear that TPF is not banned. It cleared one moral and ethical dilemma from my chest.