Child Trafficking After Covid-19: Govt Must Move To Bolster Laws 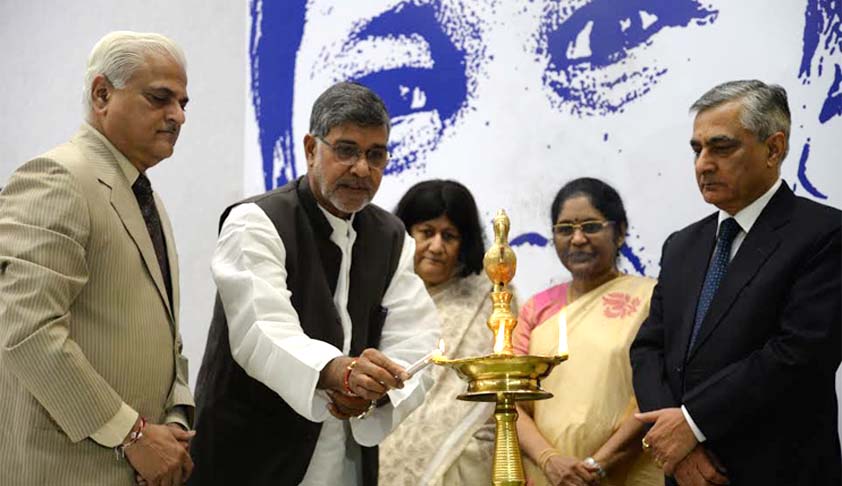 For most of us, the crisis during the lockdown will have an expiry date. We are all waiting with bated breath that impending date when the lockdown is lifted and it is safe to resume our lives. But spare a moment's thought for those whose predicament will worsen once the lockdown is lifted – those who would be pushed into unemployment, hunger, poverty and despair due, already made worse...

For most of us, the crisis during the lockdown will have an expiry date. We are all waiting with bated breath that impending date when the lockdown is lifted and it is safe to resume our lives. But spare a moment's thought for those whose predicament will worsen once the lockdown is lifted – those who would be pushed into unemployment, hunger, poverty and despair due, already made worse by an extended lockdown. For thousands of Indians, Covid-19 is far from the worst that could happen to them.

Two likely scenarios are likely to emerge once the lockdown is lifted. Employers will resort to extreme measures to get their businesses back running and afloat, even at the risk of violating the law, by employing child labour which is cheaper than other labour, employing and exploiting bonded labour in lieu of debts given especially during the lockdown, longer working hours than are permitted under law, longer working days, lower wages, etc.

The second scenario relates to employees, desperate to ingratiate employers and keep their jobs or seek new avenues. They are led by the basic need to feed their families, having depleted whatever meager savings they might have had. Many may have still found it possible to sustain themselves on bare minimum during the lockdown due to the help being distributed, but become destitute once the country reopens. In these circumstances, exploiting the vulnerabilities of the credulous labour class would be rather easy. In this context, most susceptible and vulnerable are women and children.

The threat posed by Covid-19 is unprecedented, and is likely to lead to human trafficking, especially of women and children. This could manifest in two principal ways -- sex trade and child labour. It, therefore, cannot be overstressed how and why policy responses need to be formulated and existing laws implemented effectually to protect women and children. Child labour, being cheaper, easily available, and easier to control and exploit will increase manifold.

Till recently, before the lockdown, a bench of the Delhi High Court Chief Justice was closely monitoring a PIL by Bachpan Bachao Andolan (BBA) on rescue and rehabilitation of child labour in Delhi, and an entire structure of coordination between different departments was worked out to effectively implement the Delhi Action Plan for Total Abolition of Child Labour. However, as the situation becomes graver, the response to it must be stronger.

In addition to children, the vulnerabilities of women, especially girls, in the given scenario are colossal. Families' desperation may push women and girls into sex trade and sexual exploitation. Although laws are in place to deal such a likely situation, the systems and safeguards would need to be actively reviewed. Other forms of exploitation such as child marriage, criminalised by the 2006 Prohibition of Child Marriage Act as well as POCSO, could also go up.

After rescuing some 90,000 children from child and bonded labour over the past few decades, BBA's experience has shown that trafficking is rampant under the garb of placement agencies. Due to the lack of the implementation of a regulatory framework, unregulated placement agencies are thriving in employing trafficked persons and placing them in homes and other places of work, normally with little or no wages and terrible conditions. The regulation of these placement agencies has been a long drawn battle and continues even today.

The central government must therefore step in with effective and timely policies, reforms, procedures and, if necessary, amendments in the existing laws, to prevent trafficking and exploitation staring millions in the near future. It is undeniable that unless these measures are put in place with alacrity before the lockdown is lifted, however meticulously the authorities may endeavour to put these in place after the lockdown, they will not be effective. What can be done to prevent the exploitation of women and children in the coming months?

While humanity has been posed an extraordinary challenge by Covid-19, we will be remembered in the years to come by our response to this crisis. If the government acts with alacrity and efficaciously, before the lockdown is lifted, we may well look back upon this time of crisis and be proud of the way we handled it.

(The writer is a practicing Lawyer at the Delhi High Court. Her areas of expertise include child rights and other human right issues)