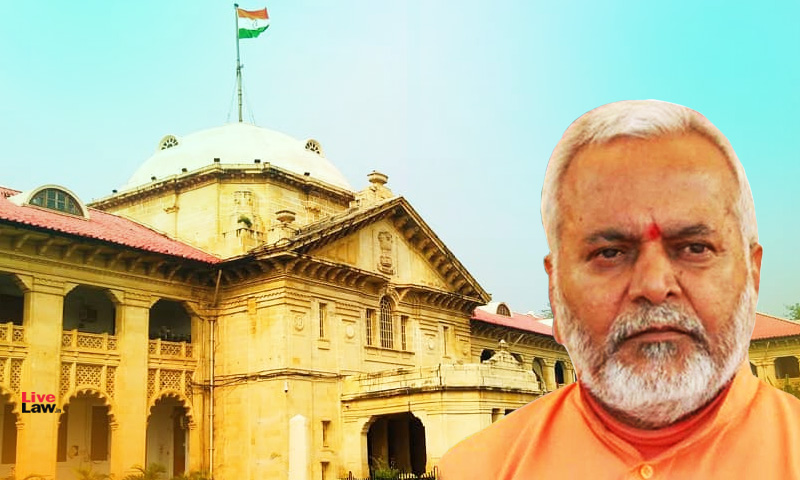 The Allahabad High Court speaking through Hon'ble Justice Rahul Chaturvedi has grantedbail to former Union Minister and BJP leader Swami Chinmayanand. Chinmaynand is accused of sexually exploiting a 23 year old LL.M. student at SS Law college where he is a Director. Previously, District and Sessions' Judge, Shahjahanpur had denied the bail application of Chinmayanand. In my...

The Allahabad High Court speaking through Hon'ble Justice Rahul Chaturvedi has grantedbail to former Union Minister and BJP leader Swami Chinmayanand. Chinmaynand is accused of sexually exploiting a 23 year old LL.M. student at SS Law college where he is a Director. Previously, District and Sessions' Judge, Shahjahanpur had denied the bail application of Chinmayanand.

In my humble opinion, the bail order of the High Court is bad in law and is based on range of myths about rape and consent. The bail order fails to understand scope of a bail order and focuses on irrelevant factors while ignoring relevant ones. More disturbingly, the order plays on textbook rape myths to allow bail to the accused Chinmayanand.

The 25 page long bail order blurs the distinction of a bail order and final order. A bail order is only required to appreciate the concerns of liberty of an accused and various factors (like nature and gravity of charge, severity of the punishment in the event of the conviction, danger of accused absconding or fleeing, reasonable apprehension of the witness being tampered with and so on) and determine whether the accused should be allowed bail or not. [1] A bail order is not required to determine the guilt of the accused.

In the current bail order, the High court acknowledges this distinction and records the 'word of caution' provided by the Supreme Court of India in P. Chidambaram v. CBI whereby the court had deprecated the practice of giving any finding on merit while deciding bail application.[2] And yet this order does precisely this! The court singlemindedly focuses on the merit of the allegations and casts heavy doubts on the prosecution story. The entire bail order focuses on nothing but merit of the FIR filed against the accused. In fact in Para 30, the court goes up to commenting upon insufficiency of medical evidence in indicating sexual exploitation of the victim. It is not within scope of a bail order to comment upon sufficiency of evidences and decide the guilt of the accused.

Second, the court on one hand does what it is not supposed to do, and on the other hand, it ignores what it is supposed to do. The likelihood or reasonable apprehension of the witnesses being tempered with is a relevant factor in determining bail application.[3] The court in the current order not only acknowledges relevance of this factor, it even acknowledges that apprehensions that accused Chinmayanand may temper/influence evidences. It states in Para 32-

"It is apprehended by the complainant that the accused applicant -Swami Chinmayanad alias Krishna Pal Singh is an affluent giant robust personality of Shahjahanpur, therefore, he may infringe law of the land in any manner, he has the capacity to influence/tamper the evidence and thus fair trial in his home town i.e. Shahjahanpur may be affected. The apprehension raised by the complainant is not unfounded...."

The second and highly problematic aspect with the bail order is its reliance on rape myths to allow bail to the accused. The court showed lack of understanding of sexual violence and experiences of women and decided the application on stereotypes about a 'real rape victim'.

The major rape myth relied on by court is 'why did not she not speak' myth.

The major reason cited by the court for doubting the victim and consequently allowing the bail application of the accused is that she did not speak up. Court observes that the victim did not make any complaint or even 'whispered' to her family about her alleged sexual violation. The court found it 'mind boggling', 'disturbing' and 'matter of concern' that the victim kept mum throughout the entire long period for almost 9-10 months when she was allegedly harassed. (Para 13)

Taking this into account, the court calls that the relationship between the accused and victim a 'complete matter of quid pro quo' and holds that the victim along with her accomplice seems to have advanced for hatching a conspiracy against the applicant to satisfy their greed for extracting 'more'. (Para 31)

(In fact, in this reference the accused argued it to 'astonishing' that a girl whose virginity is at stake does not utter a single word to her parents)(Para 8).

Without commenting upon the merit of the case, this kind of reasoning fails to understand that failure to report or speak up immediately does not necessarily mean that the woman was a willing party to the act and subsequent rape charges are false. Scholars like Jennifer Temkin have identified it as one of the most common rape myths that a genuine rape victim reports the incident to authorities without delay. [4]

Sexual violation can leave the victim with range of emotional psychological traumas- feeling dirty, feeling used-up, useless, feeling broken, losing control, PTSD etc. Sohaila Abdulali, a rape survivor herself shares in her work that a rape survivor may find it difficult to do smallest of things after years of their abuse, say wearing a scarf around neck or taking a particular road.[5] Thus, each women's experience and reaction varies. While some women may share and speak about their violation immediately, others might take years to speak. During the #MeToo movement we saw range of accounts where women took years to understand, acknowledge and speak about their violations.

In our own judicial system the Supreme Court was heavily criticized for its decision in Tuka Ram v. State of Maharashtra (Mathura Rape case) for failing to understand the vulnerable position of a 13-14 year old girl Mathura in front of mighty authority of police officers. Court was criticized for its failure in understanding why Mathura could not resist and raise alarm for seeking help.[6] The decision of the court was called 'extraordinary decision' 'sacrificing human rights of women' in an open letter written to the then CJI by various scholars. [7]

In this case, the accused is a powerful politician; he has been a minister in Union government. Clearly he has political and social power to threaten the life and security of the victim and her family. Further he is the Director of the college where the victim was studying. That itself puts him in a position of power as compared to the victim (even if he weren't a minister). He has requisite power to negatively impact her education and her career. Further, the accused being in position of trust, and respect (being the Director of her college), the psychological and emotional consequences of the alleged violation could have been multi-fold. All these factors have potential to impact the decision and ability of the victim report her incident to authorities or even share her experience with her parents. Court does not discuss these possibilities even once and merely on the ground that she did not speak for 9-10 months casts doubts on truth in the prosecution story. The fact that she did not inform anyone for 9-10 months does not ipso facto conclude that it is a false case and that she is lying.

The failure to understand the power imbalance and hierarchy in the current order shall also be seen in context of the fact that the police after its investigation submitted its report under Section 376-C against the accused, which reads-

(a) in a position of authority or in a fiduciary relationship

Abuses such position or fiduciary relationship to induce or seduce any woman either in his custody or under his charge or present on premises to have sexual intercourse with him, such sexual intercourse not amounting to offence of rape shall be punished....

Clearly thus the order of the court failed to understand the gender realities and issues of hierarchies in its order. It is also important to point out here that the observations of the court go against the spirit of Section 146 and Section 53A of Indian Evidence Act, as per which past sexual experiences of the woman is immaterial in determining the question of sexual consent.

In conclusion, the bail order of the court is bad in law and is regressive. On one hand it plays on range of rape myths and gender prejudices in arriving at its conclusion and on the other hand it ignores the jurisprudence on bail by discussing merits of the allegations in bail order. This bail order only goes on to highlight the long road judicial education and training has to take in developing a gender just judiciary.

(The author is an alumnus of RMLNLU Lucknow and NLU Delhi and has taken feminist critique of Constituent Assembly Debates for her LL.M. thesis).

[7] They wrote- "Your Lordship, does the Indian Supreme Court expects a young girl 14-16 years old, when trapped by two policemen inside the police station, to successfully raise alarm for help? Does it seriously expect the girl a labourer, to put up such stuff resistance against well-built policemen so as to have substantial marks on her body." See Upendra Baxi, Vasudha Dhagamwar , Raghunath Kelkar and Lolita Sarkar- An Open Letter to Chief Justice of India.