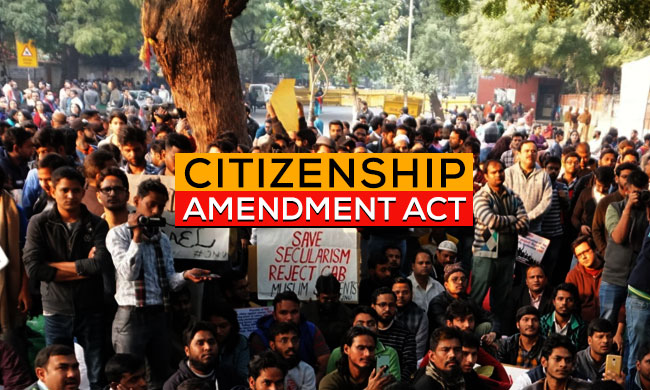 The Citizenship (Amendment) Bill, 2019 is finally a law, passed by both the Houses of the Parliament. Presidential assent was just a formality, which is also complete. While the principles of non-refoulment and fundamental right against discrimination based on religion have gone for a toss, the objections against the law are not just these. The law is also against the...

The Citizenship (Amendment) Bill, 2019 is finally a law, passed by both the Houses of the Parliament. Presidential assent was just a formality, which is also complete.

While the principles of non-refoulment and fundamental right against discrimination based on religion have gone for a toss, the objections against the law are not just these. The law is also against the lingual and cultural autonomy guaranteed by the Part III of the Constitution, Article 29(1) of which declares:

Any section of the citizens residing in the territory of India or any part thereof having a distinct language, script or culture of its own shall have the right to conserve the same.

Along with anti-discrimination provisions- Article 14 and 15, Article 29 is the operative provision that should hit CAB if the matter goes to the Supreme Court. Assam, Tripura and Manipur are seeing massive protests against the bill because it will legalise the citizenship of numerous Bangla speaking Hindu immigrants who have come from Bangladesh over the period of time. CAA is therefore also seen as a regional vote bank gimmick in addition to exhibiting itself as the tool to execute the quintessential pan India Muslim bashing Hindu Rashtra fantasy.

Local population in North East, like any other community revere culture and language, which they feel would be threatened by the increased presence of Bengali population. While Section 3(4) of CAA does exempt "tribal area" of North Eastern states, a large part (especially in Assam) is still covered by it. And this makes the primary basis for the ongoing protests. As a result, two columns of army are deployed in Tripura while a third is placed in Assam. Internet in Assam has been shut down. At least five people have been killed in firing by the police as angry protesters defied curfew. Now, only the difference of scale remains between Assam and Kashmir; and this just seems to be the beginning.

Unfortunately, an advocacy in favour of lingual or cultural preservation also runs the risk of giving a misplaced legitimacy to the kind of politics stoked by organisations like Shiv Sena. Again, a Constitutional caveat to such a situation is present. There has to be a balance between freedom of citizens and rights of the locals. While resources, property and other economic opportunities are commonly shared by Indians, the components under Article 29 are community specific. In the case of CAA, it will bring the Bangladeshi Hindu immigrants under direct patronage of the ruling dispensation and that would perhaps lead to the dilution of North Eastern identity as it exists today. In effect, it will adversely compromise the diversity, in the unity of which an ideal Indian marvel.

Question of foreigners and extent of state intervention

As far as "foreigners" are concerned, their status as refugees or illegal immigrants can be decided by the government of the day by proper empirical analysis and taking into consideration the authoritative definitions available for each category. In December 2014, the Supreme Court of India through Justice Gogoi and Justice Nariman clearly stated that their rationale for ordering an assessment of illegal immigrants in Assam was based on the influx of "infiltrators" through the "porous" eastern borders of India. Regarding refugee status, the court said it "can be granted and has been granted in India through executive orders" even if there is no existing domestic law for refugees in the country.

Therefore, protests against CAA in North East should not be seen against "foreigners" as a singular category per se. It is more to preserve culture and language, which is something that principally belongs to the owner community first and then to others (if they are interested). That is why culture and language feature nowhere in the Union, State or Concurrent lists in the Seventh Schedule of the Constitution. State has no prerogative whatsoever to meddle with these intimate possessions of "people" of the land. In the most recent memory, the Jalikattu uproar came closest to the expression of local people's association with their culture irrespective of the religion to which they belong. There were large protests, cancellation of trains and demonstrations in Tamil Nadu against the ban on the practice because people saw it as a direct assault on their culture. While many outside Tamil Nadu batted for animal rights, the Supreme Court referred the matter to the constitutional bench seeking an Article 29(1) based assessment of the Prevention of Cruelty to Animals (Tamil Nadu Amendment) Act, 2017 that exempted Jalikattu in order "to preserve the cultural heritage of the State of Tamil Nadu". The decision is yet to come but if the North Eastern contingent approaches the Supreme Court (which they probably will), with its own objections on CAB, either of them can become first of its kind judicial debate in the history of independent India.

We should also not shy away from history lessons. It is a recorded fact that discontent in erstwhile East Pakistan had genesis in lingual imposition of Urdu as a state language. When in 1952, the police killed at least seven people who were demonstrating in favour of Bengali language, it became a raging issue. The day, February 21 began to be celebrated as "Bengali Language Day" and the demonstrators killed were given the status of martyrs. A sense of cultural deprivation seeped in. Along with political, socio-economic and military isolation, the cultural distance led to the war of Bangladeshi independence in 1971. It will be an exaggeration to argue that CAA dispute will assume proportions of that level, but seeds of discontent will be definitely sown.

(Author is a Assistant Professor at Bennett University)