Civil Rights At The Bar Of the High Courts: Section 144 in Karnataka, Privacy In UP 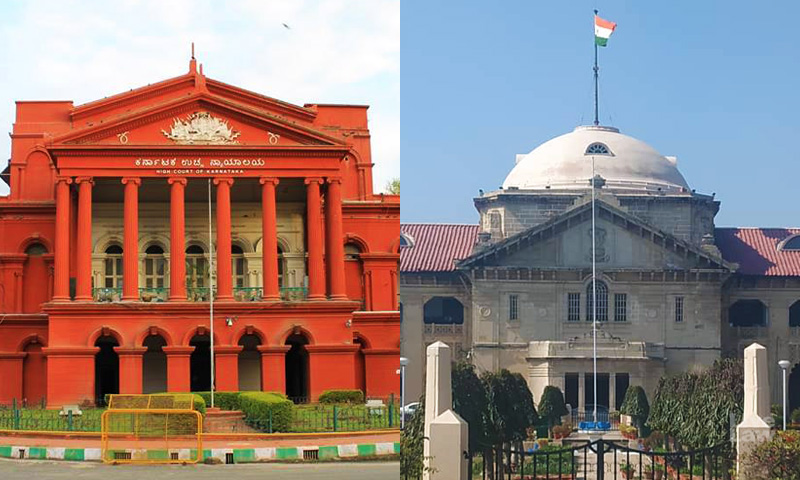 On 13th February 2020, in Sowmya Reddy v State of Karnataka, the High Court of Karnataka held that the imposition of Section 144 throughout the city of Bengaluru for a period of three days, had been unconstitutional. The Section 144 order had been imposed between 19th and 21st December 2019, in the wake of anti-CAA protests. The arguments before the High Court took a now-familiar form:...

On 13th February 2020, in Sowmya Reddy v State of Karnataka, the High Court of Karnataka held that the imposition of Section 144 throughout the city of Bengaluru for a period of three days, had been unconstitutional. The Section 144 order had been imposed between 19th and 21st December 2019, in the wake of anti-CAA protests. The arguments before the High Court took a now-familiar form: the petitioners argued a violation of the rights to free speech and assembly, while the State responded by citing law and order concerns, and asked the Court to defer to administrative assessment of the on-ground situation.

In a closely-reasoned opinion – that proceeded primarily on procedural grounds – a division bench led by Oka CJ. struck down the order, but also clarified some important points with respect to the scope and limits of the State's discretion when acting under S. 144 to ban protests and assemblies. Noting the importance of the fundamental rights at issue, Oka CJ. reiterated the "lest restrictive" standard that had recently been affirmed by the Supreme Court in Anuradha Bhasin (paragraph 15). In this case, however, there was no necessity for the Court to test whether banning protests throughout the City of Bengaluru met the "least restrictive" standard, as the S. 144 order suffered from multiple procedural flaws.

The Section 144 order was based on eight letters that the Deputy Commissioners of Police ["DCPs"] had addressed to the Commissioner of Police (who, under Section 144, also acts as the District Magistrate – the competent authority to issue orders). Th Court found that these letters were worded in more or less identical terms, and generically spoke about how, in the course of protests against the CAA/NRC, "anti-social elements" might take the opportunity to damage public property and breach law and order. The District Magistrate/Police Commissioner's S. 144 Order effectively reproduced the content of these letters. Now, Section 144 of the CrPC requires the District Magistrate to form an "opinion" that such an Order is required, with "material facts" to justify it. As Oka CJ. noted, however, the impugned Order did not record an "opinion": it simply reiterated reliance on the police reports (without any accompanying enquiry), and did not set out any material facts (paragraph 18).

On a survey of precedent – and especially Anuradha Bhasin – Oka CJ. went on to observe that the "objective parametres" upon which the "subjective satisfaction" of the District Magistrate/Commissioner was to be based included (a) the least restrictive standard, (b) proportionality, and (c) the existence of an "urgent situation". The "reasons" accompanying a Section 144 Order, thus, would have to demonstrate that these objective parametres had been considered by the Authority, and how that had been done so (paragraph 22). In this case, it was obvious on the face of it that none of this had been done (paragraph 23) – and in fact, this was doubly problematic because – as had been held in Anuradha Bhasin – the absence of reasons made it essentially impossible for aggrieved parties to mount a challenge (because how do you challenge an order without knowing the grounds on which it has been issued?) (paragraph 26). The Court also rejected the attempts of the State to supplement its reasons during the hearing, noting that if an order was made on certain grounds, then the reasons would have to be reflected in the order – they could not be "improved on" later, if a challenge was made.

The Court ended by noting that even if the State had provided grounds, the Section 144 order clearly violated the parametres laid out in Anuradha Bhasin (paragraph 30). The Court did not, however, go any further into the question (as it did not need to). The actual finding, therefore, remained confined to the procedural argument. Thus, what flows from the judgment of the High Court is the following: at the minimum, a Section 144 order must (a) reflect the material facts and the reasons underlying its passage; (b) these reasons cannot be generic in nature ("in the interests of maintaining law and order" etc.), but must cleave to the constitutional standards set out in Anuradha Bhasin (least restrictive standard, proportionality, urgent danger); and (c) the reasons are subject to judicial review (although that was unnecessary in this case, as the State had failed on both (a) and (b)).

The importance of Oka CJ.'s judgment is that it reiterates the centrality of the "culture of justification", that we have discussed previously on this blog. Recall that the culture of justification – borrowing from South African scholar Etienne Mureinik posits a culture in which "every exercise of power is expected to be justified; in which the leadership given by government rests on the cogency of the case offered in defence of its decisions, not the fear inspired by the force at its command." The culture of justification, obviously, is redundant if S. 144 orders can be passed mechanically, if they can simply reiterate the clauses already there in the Constitution ("security of the State", "public order" etc.), and if the State can avoid scrutiny by simply invoking deference and refusing to explain itself. It is that manner of impunity that the Karnataka High Court judgment seeks to address.

More recently, earlier today, the Allahabad High Court passed an important judgment on an issue that it took up suo motu yesterday. After the CAA protests in UP, the government had passed orders directing individuals that it alleged were responsible for destruction of public property, to pay financial compensation for the said destruction. The legality of these orders – that purport to flow from a 2009 Supreme Court judgment – is currently itself under challenge before the SC. In the meantime, however, the UP government put up hoardings and banners in prominent public places in Lucknow, where it identified the accused individuals, with their names, photographs, and addresses spelt out, ordering them to pay compensation or have their properties confiscated.

In a brief, lucid, and tightly-reasoned judgment, a bench of Chief Justice Govind Mathur and Ramesh Sinha J. found this to be a gross violation of the fundamental right to privacy. Before the Court, the State argued that the purpose of the hoardings was to "deter the mischief mongers from causing damage to public and private property." As the Court noted, however, the State's action was entirely without statutory foundation:

Under the Code of Criminal Procedure, 1973, the power is available to a Court to publish a written proclamation requiring appearance of a persons against whom a warrant has been issued and such person is concealing himself to avoid execution of warrant. No other power is available in the Code to police or the Executive to display personal records of a person to public at large. There are certain provisions empowering the investigating agencies or other Executives to take picture of accused for the purpose of their identification and record but that too is not open for publication. The only time these photographs be published is to have assistance in the apprehension of a fugitive from justice.

In other words, therefore, given the serious privacy harms at issue when personal data is forcibly taken by the State – and made public – existing law only allowed for that in a set of narrowly-tailored circumstances: for example, look-out notices against individuals hiding from the court process. Even where personal data was required for identification (such as, for example, in the Identification of Prisoners Act), it could not be made public.

Mathur CJ then linked this with the constitutional guarantee of privacy, invoking the Puttaswamy judgment to observe that any breaches of privacy would have to meet the tests of legality, proportionality, and procedural safeguards. Legality had already been violated, in the absence of a statute. With respect to proportionality, Mathur CJ held that the State action clearly violated the "necessity" prong of the proportionality standard:

And as far as the State's justification of deterrence went, the Court noted that it failed the simplest test of internal consistency:

… learned Advocate General failed to satisfy us as to why the personal data of few persons have been placed on banners though in the State of Uttar Pradesh there are lakhs of accused persons who are facing serious allegations pertaining to commission of crimes whose personal details have not been subjected to publicity. As a matter of fact, the placement of personal data of selected persons reflects colorable exercise of powers by the Executive.

The State, therefore, was directed to remove the hoardings, as they constituted a disproportionate invasion of the right to privacy.

The judgment of the Allahabad High Court is an important one, as it is one of the first judgments after Puttaswamy to apply the proportionality standard under Article 21, and follow through to its logical conclusion by invalidating the State action under consideration. Mathur CJ.'s judgment expressly measures executive action against both the legality and proportionality standards, assesses the justifications offered by the State's counsel, and finds them lacking. Going forward, therefore, it provides a model of judicial reasoning rights-adjudication post-Puttaswamy.

The judgments of the Karnataka and Allahabad High Court raise a few important points for consideration: