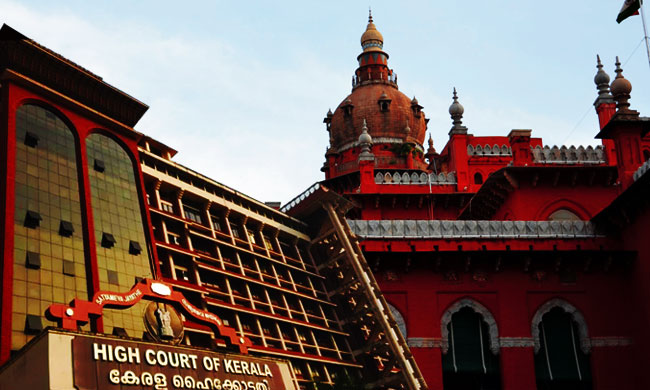 This month has seen two important civil rights judgments come out of the High Courts. The Kerala High Court reaffirmed the narrow scope of sedition, while the Madras High Court reaffirmed the right of self-determining one's gender identity. Neither judgment broke new ground; but affirming – and entrenching – existing jurisprudence is often equally important, especially in circumstances where the possibility of erosion is ever-present.

The Kerala High Court, Sedition, and the UAPA

In Union of India v Shameer and Ors, a group of men were convicted of sedition (along with other provisions under the IPC and the UAPA). The gravamen of the offence, according to the Prosecution, was that in 2006, the accused organised a meeting where seditious pamphlets (of the banned SIMI organisation) were distributed, and seditious speeches were made. Two of the accused had stated that:

Indian army are killing Muslims who are doing jihad in Kashmir. Other Muslims are being tortured with oppressive laws like TADA, NSA etc., against which all of us should fight under the leadership of SIMI.
Present India was made by Britishers. Earlier, we were ruled by Nizams and Mughals. We should go back to that Old India for which we should fight through SIMI and no one else can destroy SIMI.

On the basis of this, the NIA Court convicted five out of the seventeen accused, of both sedition as well as membership of a banned organisation [SIMI] under the UAPA, and acquitted the rest. Both the convicted men, as well as the State, appealed. The Kerala High Court began by noting that if at all anyone had committed an offence, it was the two speakers – Accused No. 2 and 3. There was no evidence to demonstrate a larger conspiracy involving the people who had booked the hall, and therefore, at the threshold, the other convictions could not stand.

What this left, it will be seen, was a pure speech offence: the convictions of accused nos. 2 and 3 were purely on the basis of what they had said at the meeting. In this context, the bench of Shaffique and Menon JJ. held, reading S. 124A narrowly, that the offence of sedition had not been made out because the speech did not target the government established by law in India. The Court read the references to the Nizam and to the Mughals as expressing discontent with the way that India was governed, but that this, in itself, did not rise to the level of sedition. On the question of the UAPA, the Court held, following Arup Bhuyan, that the mere fact of holding a meeting – and even clapping and applauding through it – did not constitute the offence of "membership" of a terrorist organisation.

The High Court's narrow reading of the substantive part of the definition – of both sedition and the UAPA – is welcome. Indeed, there has been very little judicial analysis of what, precisely, "government established by law" means in the context of S. 124A, and the High Court's narrow interpretation does well by Article 19(1)(a) of the Constitution. To this we can add one further point: even if the Court had found, in this case, that the speech in question was against the "government established by law" (S. 124A), and that the accused did come to the meeting with the intention of "propagating SIMI ideology", it would still not constitute either the offence of sedition, or of membership under S. 10 UAPA. After Shreya Singhal and Arup Bhuyan, it is clear beyond cavil that the appropriate legal standard to apply in these cases is that of "incitement to violence"; mere speech – including advocacy of revolutionary ideas – does not make out either offence. In this case, the High Court did not need to address that issue because of its findings on the content of the speeches, as well as on the nature of the meeting, but we should not lose sight of that larger point.

Meanwhile, in Arunkumar & Sreeja v The Inspector-General of Registration, the High Court of Madras was called upon to decide whether a marriage between a man and a transwoman could be validly solemnised under the Hindu Marriage Act. G.R. Swaminathan J. held that it could, correctly noting that "by holding so, this Court is not breaking any new ground. It is merely stating the obvious."

The dispute arose when the Registrar of Marriages refused to register the marriage, on the basis that Sreeja, as a transwoman, did not count as a "bride" within the meaning of the Hindu Marriage Act, as the scope of that expression was limited to "woman". The Madras High Court held, however, that the Registrar's actions were contrary to the ruling in NALSA v Union of India(subsequently upheld in Puttaswamy and Navtej Johar); at the heart of the NALSA ruling was the principle of self-determination as to gender identity. Consequently:

… the second petitioner herein has chosen to express her gender identity as a woman. As held by the Hon'ble Supreme Court this falls within the domain of her personal autonomy and involves her right to privacy and dignity. It is not for the State authorities to question this self-determination. (paragraph 9)

In view of this, Swaminathan J. held, the word "bride" in the Hindu Marriage Act had to be interpreted with the times, and in light of the principle of self-determination of gender identity.

It would … include an intersex person/transgender person who identifies herself as a woman. The only consideration is how a person perceives herself. (paragraph 15)

Interestingly, the Court then also went on to note the existence of multiple genders beyond the male/female binary, as well as going on to ban sex re-assignment surgery for minors (i.e., below the age of consent). As the Court noted:

A person who is in the Third Category is entitled to remain beyond the duality of male/female or opt to identify oneself as male or female. It is entirely the choice of the individual concerned. (paragraph 24)

There are a few important points to be noted about this judgment. This is perhaps the first time after NALSA that a Court has interpreted existing legislation in order to bring it line with the principle of self-determination of gender identity. It is, therefore, a landmark moment where the NALSA dictum has finally been given some kind of teeth, and a precedent has been set for future disputes involving the need for updating our existing laws that remain stuck within the male/female binary. This judgment constitutes the blueprint for doing so. Secondly, it is a judgment that moves beyond the rhetoric of self-determination of gender identity and applies it to a situation where real consequences follow from that recognition (in this case, the right to marry). Of course, unlike affirmative action, marriage is not a situation involving the identity-targeted distribution of scarce benefits; it is, therefore, a relatively easy case in which to affirm the principle of self-determination (it remains to be seen how the courts will navigate situations where the distribution of scarce benefits does turn upon gender identification).

Perhaps most importantly, however, by placing the self-determination of gender identity – as well as the choice to opt out of the gender binary – upon a constitutional pedestal, Swaminathan J.'s judgment casts serious doubt upon the constitutional validity of the much-criticized Transgender Bill. Recall that that bill denies rejects self-determination of gender identity, as well as maintaining the gender binary and denying the primacy of choice. With the Madras High Court's judgment, however, locating both these principles within Part III of the Constitution, it is evident that in its existing form, the Transgender Bill will fail constitutional scrutiny.

The last few years have seen an unfortunate, top-heavy shift towards the Supreme Court when it comes to constitutional cases. This has led to a gradual erosion of the High Courts as important forums for developing and articulating important constitutional principles. While I believe this has been a mistake, there does remain an important task for the High Courts, even under status quo: and that is to ensure that constitutional principles are entrenched through repeated and consistent application. Without that, Supreme Court pronouncements remain mere words and can be very swiftly eroded or forgotten. And this is why the judgments of the High Courts of Kerala and Madras are significant additions to the struggle for a progressive civil rights jurisprudence in India.

Gautam Bhatia is a Delhi based lawyer.