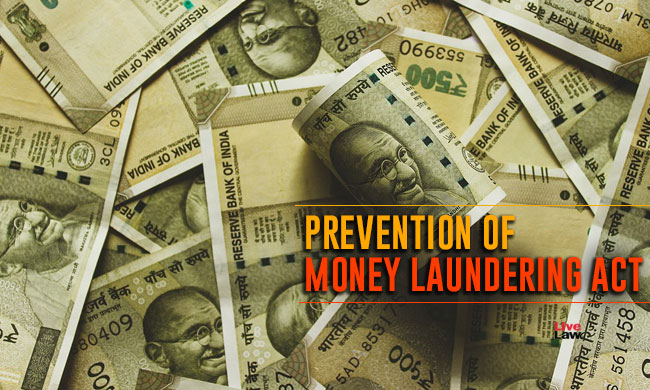 Laundering, in basic terms, is understood as the process of making a dirty, clean look. This is not as we have understood in recent times as cleansing of the money tainted with viruses using a dis-infectant but, cleaning of the bad money (money earned through illegal means) making it appear as a clean(laundered) money, earned legally. In other words, it is nothing but making money generated out of criminal activity (ill gotten) as money made from a legitimate source. Placement, Integration and layering were the foundational steps and process of typical money laundering. Inflation of cash receipts, where illegal funds are flown in and then projecting as if more genuine transactions had taken place has been a traditional method of money laundering

It all started with "Cleaning Cash in China"- An interesting "CCCs", were the history traces to 2000 years ago when Chinese merchants cycled money through various intricate businesses transactions to hide the income from the government. One of the greatest launders of the modern era, we all would have heard of the Pablo Escobar, Medellín Cartel, who became the finest laundromats of converting the "dirty cash" made by selling of drugs to a clean cash, which not only awakened the agency for conversion but also acted as an eye-opener by showing the entire world that selling of narcotics and money made through funding of illegal terrorism were the genesis for this cleansing system. Like the dirty money on one side and clean money on the other, this method has not only fueled the black economy in our country which has indirectly fallen on the heads of the common public by inflation in indirect taxes over the period of years in different names but also has resulted in the Country's strained economy.

1. Section-2(u): "proceeds of crime": Means any property derived or obtained, directly or indirectly, by any person as a result of criminal activity relating to a scheduled offence or the value of any such property;

2. Section-3: Offence of money-Laundering: Whosoever directly or indirectly attempts to indulge or knowingly assists or knowingly is a party or is actually involved in any process or activity connected proceeds of crime including its concealment, possession, acquisition or use and projecting or claiming it as untainted property shall be guilty of offence of money-laundering

Dissection of Section-3 of PML,Act

Can a SuperStructure be Laid without a Foundation?

We all know that for raising a superstructure we always need a strong foundation, so is the peoceedings U/s 3 of the Act to be punished U/s 4 of the Act.The above dissection, is of Sec-3 of the Act which goes to the root of the scheme of the Act, shows that for an offence of money laundering, the chain factor is the "proceeds of the Crime".

As stated in Sec.2(u) of the Act, it should have been derived out of a criminal activity which forms part of the schedule.

For which first whether a crime has been committed has to be determined, to know if the money is actually derived out of a crime or not (which can be proved only based on the outcome of predicate offence) (now even the Joint trial being removed), Can a prosecution be separately initiated which is contradictory to the foundation of the Act. Without knowing if the money itself forms part of the crime, slamming a prosecution is similar to raising a super structure without a foundation which has to ultimately fall to the ground. Ultimately if the accused is acquitted in such scheduled offence, based out of which the accused is alleged to have generated illegitimate money wouldn't anymore be a crime money since acquitted.

Per Contra, amendment gives powers to the department to file a closure report if no material is found for which they will have to again determine if the criminal activity is committed. If it is not a crime money then Sec.3 wouldn't get attracted.

There it is evident from the above judgments that absence of predicate or if there acquittal from the predicate offence, prosecution cannot be initiated. This not only tells that but also establishes the fact that the Act itself is interlinked and dependent on the outcome of the scheduled offences. This has been the scheme of the Act and the way in which it had been framed.

From the bare reading of the PML,Act its object and significance are understood as controlling the money laundering from taking place and also to take charge over the "proceeds of crime". Thus establishing the nexus between initiation of proceedings under the Act and predicate offence as un disolavable. Though Sec 3 and 4 of the act projects it as a "stand alone" super structure its roots are derived out of "proceeds of crime"- the foundation, which falls under schedule thus making it indirectly dependent upon.Therefore it cannot be considered to be a stand alone process.