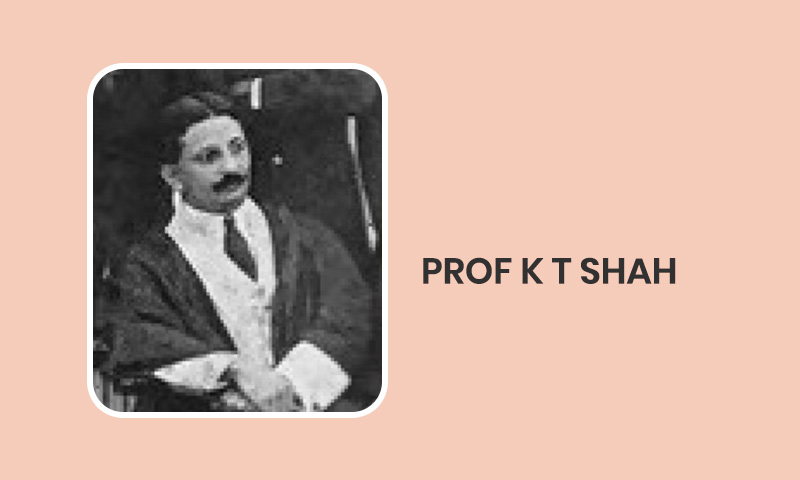 I shall not die, these seeds I've sown will save My name and reputation from the grave And men of sense and wisdom will proclaim When I have gone, my praises and my fame! -Persian poet Ferdowsi concluded the Shah Nama (The Books of Kings), a long epic poem that is still considered as the national epic of Iran, with the above verses. As far as contemporary India is concerned,...

I shall not die, these seeds I've sown will save

When I have gone, my praises and my fame!

-Persian poet Ferdowsi concluded the Shah Nama (The Books of Kings), a long epic poem that is still considered as the national epic of Iran, with the above verses. As far as contemporary India is concerned, its national epic is its Constitution. Many towering statesmen played remarkable roles in the moulding of the Constitution. The contribution of Dr Ambedkar, Jawaharlal Nehru, Sardar Patel, Sir Alladi Krishnaswamy Iyer and B.N. Rau to the herculean task has been duly acknowledged. The seeds they sow have germinated, grown, bloomed and flourished. But,the praise of some founding fathers of the Constitution gone unsung. Prof. K.T. Shah is one among the forgotten heroes of the Constituent Assembly.

Born on February 10, 1888, K.T. Shah was a socialist economist and lawyer trained in the London School of Economics and the Gray's Inn. Elected to the Constituent Assembly from Bihar, he left a lasting imprint on Indian Constitution. He was a member of Sub-Committee on Fundamental Rights. On 11th July 1946, Nehru, as the Congress president, appointed an expert committee to prepare the material and draft proposals for the Constituent Assembly. K.T. Shah was a member of the expert committee. The committee scrutinized the Objective Resolution as framed by Nehru. Later, the task was passed to B.N. Rau, the constitutional advisor.

The Constituent Assembly was dominated by, in Granville Austin's phraseology, 'the oligarchy' of the Nehru-Patel-Azad-Prasad Leadership. The opposition in the Assembly was vocal; but ineffective due to the lack of a common perspective. "There were of course, many critics within the [Congress] party. They ranged rabid Hindi-supporter to a secular socialist; from a strong advocate of presidential system to a convinced parliamentarian…the always-in-the opposition persons were hardly heard. On several occasions, however, the leadership wanted to understand the critics or even accommodate them especially when questions of minor adjustments were involved. A few important names in this group were H.N. Kunzru, K.T. Shah and Shibbanlal Saksena"- says Shibanikinkar Chaube (Constituent Assembly of India: Springboard of Revolution, 2000). K.T. Shah was on the side of this perpetual oppositionand formed Social Democratic Party along with 11 other members on 26th August 1949 to work in the Assembly.

K.T. Shah floated some ideals in the Assembly that were radically antithetical to those of 'the oligarchy'. He was an ardent votary of presidential system of government vis-à-vis parliamentary system.
Shah wanted to include Secular, Federal and Socialist in Article 1 and moved amendments twice for the same; Dr. Ambedkar rejected both the amendments at the meeting of the Drafting Committee. But Shah was vindicated when the terms Secular and Socialist were enshrined in the Preamble by the 42nd Amendment.

K.T. Shah vehemently argued that the Directive Principles should be made justiciable. Granville Austin comments: "K.T. Shah…was perhaps the most doctrinaire socialist in the Constituent Assembly. He supported Ambedkar…believing also that there must be a specified time limit within which all the Directive Principles must be made justiciable. Otherwise they would be mere 'pious wishes' and so much window dressing for the social revolution'' (The Indian Constitution: Cornerstone of a Nation, 2014).

Shah and H. V. Kamath proposed that ministers should be obligated to declare their interests, rights and properties before they assumed office. This proposal was aimed at curbing corruption in politics. Ambedkar, in his reply in the Constituent Assembly on December 31, 1948 said that mere disclosure was insufficient and that "we have a better sanction for the enforcement of the purity of administration, and that is public opinion as mobilised and focussed in the Legislative Assembly". In Association for Democratic Reforms v. Union of India case (2000), the Supreme Court of India made it mandatory for the candidates contesting elections to Parliament and State Assemblies to file self-sworn affidavits declaring, inter alia, full information regarding their financial background. Thus, Shah's proposal has been, to a great extent, accepted later.

Shah envisioned a greater role for judiciary in providing social transformation. In a debate on November 19, 1948, he said that "[The judiciary] is the only authority that we are going to set up in the Constitution to give effect to whatever hopes and aspirations, ambitions and desires, we may have in making these laws and in laying down this Constitution." The subsequent rise of the phenomena of judicial activism and Public Interest Litigation jurisprudence underscored Shah's view point. The Supreme Court evolved a stance that its powers for the protection of the constitutional rights of citizens are of widest amplitude and there is no reason why the Court should not adopt activist approach and issue directions to the State which may involve taking positive action with a view to securing enforcement of the fundamental rights.

Shah, while debating over the right to property in the Assembly, proposed a proviso that 'natural wealth, like rivers or flowing water, coastal waters, mines and minerals or forest' would not be recognized as private property. The gist of Shah's argument is the Public Trust Doctrine that primarily rests on the principle that certain resources like air, sea, waters and the forests have such a great importance to the people as a whole that it would be wholly unjustified to make them a subject of private ownership. In M.C. Mehta v Kamal Nath (1997), the Indian Supreme Court applied Public Trust Doctrine with regard to the protection and preservation of natural resources. It was again a win for K.T. Shah.

Shah vehemently advocated for the right to employment as a fundamental right. In Olga Tellis v.Bombay Municipal Corporation (1986), the Supreme Court held that the word 'life' in Article 21 includes the 'right to livelihood' too. The great win of Shah in the Constituent Assembly was that his proposal of abolition of grant of titles by the state was incorporated in Article 18.

K.T. Shah had a wonderful insight transcending his times on the concept of equality before law, and equal protection of laws. He observed: "…equality is not merely equality of treatment before the established system of Law and Order but also of opportunity for self-expression or self-realization that may be inherent in every human being. One important condition for the due maintenance of such equality is that no restriction be placed in such matters on any human being on the grounds of sex, race, speech, creed, or colour. All these have in the past been used as excuses for exclusiveness, which must go if equality is to be real and effective for all persons''(quoted by Gautam Bhatia in his The Transformative Constitution: A Radical Biography in Nine Acts,2019). Gautam Bhatia opines that Shah's concept of equality as non-discrimination has been nurtured by the Delhi High Court in Naz Foundation Case (2009).

(Author is an Under Secretary to the Government of Kerala)