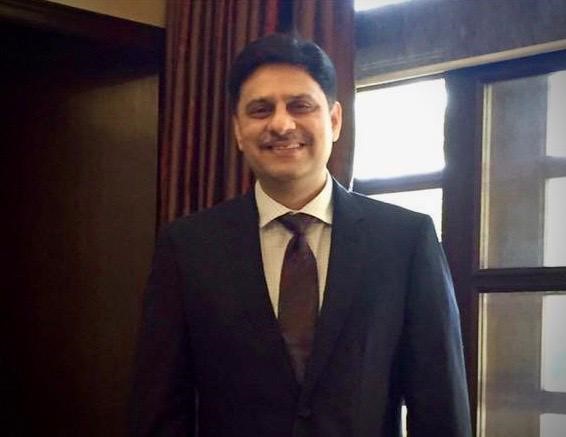 While striking down the stringent provisions for bail under the Prevention of Money Laundering Act, the Supreme Court speaking through Justice R.F. Nariman traced the historical evolution of the provisions for bail and iterated the golden principle that "Grant of bail is the rule and refusal is the exception. An accused person who enjoys freedom is in a much better position to look after...

While striking down the stringent provisions for bail under the Prevention of Money Laundering Act, the Supreme Court speaking through Justice R.F. Nariman traced the historical evolution of the provisions for bail and iterated the golden principle that "Grant of bail is the rule and refusal is the exception. An accused person who enjoys freedom is in a much better position to look after his case and to properly defend himself than if he were in custody. As a presumably innocent person he is therefore entitled to freedom and every opportunity look after his own case." The Court further went on to hold that "unless pre-trial bail is preserved, the presumption of innocence secured only after centuries of struggle would loose its meaning" [Nikesh Tarachand Shah's case].

It is a matter of grave concern that despite such numerous pronouncements, many prisoners languish in jail for several years at the trial stage. Supreme Court itself has in a way, sent dichotomous signals by denying bail in certain cases while categorizing them as 'serious economic offences' etc. Such categorization may also require a rethink especially when registration of cases on certain preconceived notions, prejudices and beliefs coupled with archaic, unfair and biased investigation as well as the spectacle of a media trial, is not an uncommon phenomenon in our country.

The 21st Law Commission of India in its 268th Report submitted to the Government in 2017, expressed an unequivocal opinion that 'the existing bail system in India is inadequate and inefficient to accomplish its purpose.' Myriad aspects were taken into consideration and several recommendations were made ranging from modifications in the existing bail provisions to crumbling prison infrastructure. Interestingly, the Commission also stressed upon the 'Need for a Central Intelligence Data base and Electronic Tagging'. The Commission borrowed the definition of electronic tagging or monitoring from the Legislation of New Zealand to imply electronically monitored bail, where a person must remain at a specified residence at all time unless permitted otherwise and compliance is monitored via an electronic anklet worn by such person.

Though various recommendations made by the Commission may not find acquiescence by many, but indubitably, the necessity for drastic reforms in this crucial area of personal liberty has indeed assumed focus. It is statistically known that 68% of the prisoners in India are undertrials who have yet not been convicted by any court for a crime. The Commission itself recorded in the above report that most of the prison institutions struggle to meet minimal health, hygiene and safety standards and due to overcrowding, the prison infrastructure is falling apart.

Since there is no uniform structure for the grant of bail to an accused person, the concept of judicial discretion has evolved which may vary from case to case. Any lawyer of some standing dealing with criminal cases can cite several precedents where persons have languished in jail for several years before they were declared innocent and acquitted of the charges. However, the reputations of such persons were irreparably tarnished; their careers doomed and their families suffered immensely. There are instances where the undertrials have undergone the sentence even prior to the conclusion of the trial.

The lethargic justice delivery system in India especially in criminal cases has been constantly cursed and lamented upon by all stakeholders including the court, accused, victim, prosecution and the society at large but this particular aspect of supreme importance has already engaged the attention at the highest level and effective steps are being taken.

In a written reply submitted before the Lok Sabha in February 2019, the Government clarified that Judge/population ratio in the country works out to be 19.78 Judges per million. Eschewing the debate as to the need for faster filling of the judicial vacancies, it is beyond cavil that judges in our country are dealing with piles of cases every single day to deliver justice.

However, the system could be ameliorated by decongesting the courts from hearing a large number of bail applications in the wake of an undeniable fact that the criminal justice delivery system is clogged with incessant hearings on applications for bail and that too, mostly by undertrial prisoners at the trial stage.

The recent pandemic has not only shaken the world economy and affected other critical areas but has also stirred a fresh debate as to the necessity for confining a large number of undertrial prisoners in jail when they could be released on bail with or without conditions. India, U.K., U.S.A. and many other countries across the globe have taken steps to decongest the prisons as the prisons are a hotspot for breeding infection and proliferation of the spread of this deadly virus. It is reported that in U.K. alone, more than 100 prisoners and staff have tested positive for corona virus. The Supreme Court of India has prophylactically swung into action and directed the constitution of a high level committee to determine the class of prisoners who could be released on parole or granted interim bail. Consequently, several convicts and undertrial prisoners have been released. A constant evaluation is still underway for bringing more prisoners within the ambit of such release.

Though the present situation is extremely grim and alarmingly serious obviating the need for any discussion in the area of legal reforms etc., however, the necessity to cogitate, contemplate and revisit the process of bail could, under no circumstances, be called inopportune or inappropriate.

Many jurists, lawyers and legal pundits have already expatiated on the necessity for bail reforms and the present scenario warrants a swift action to be taken in this direction. In a country like ours, where fair and proper investigation is a known casualty in many cases especially those having sensational overtones, it may not be prudent or desirable to keep persons incarcerated in prisons awaiting the conclusion of trial, which is indeed a long drawn process for various reasons. The need of the hour is to bring in some uniformity in the process of release of persons on bail primarily without any harsh conditions and in rare cases, depending upon the perceived gravity or seriousness, imposition of such conditions including electronic tagging as suggested by the Law Commission. Even the grant of bail by way of suspending the sentence in pending appeal, deserves to be accorded similar priority as an appeal under the criminal law, has been termed to be a continuation of the trial.

The time is indeed ripe for giving due effect to the right to be released on bail as an inextricable concomitant of Article 21 of the Constitution of India which the Supreme Court has described to be 'a repository of a vast number of substantive and procedural rights that cannot be suspended even in an emergency'.

Shakespeare in his famous play 'As You Like It' had prophetically quoted "Sweet are the uses of adversity, Which, like the toad, ugly and venomous, Wears yet a precious jewel in his head; And this our life, exempt from public haunt, Finds tongues in trees, books in the running brooks, Sermons in stones, and good in every thing."

(The Author is a Senior Advocate practicing in Chandigarh & Delhi)