Coronavirus And The Constitution – IV: Privacy In A Public Health Crisis 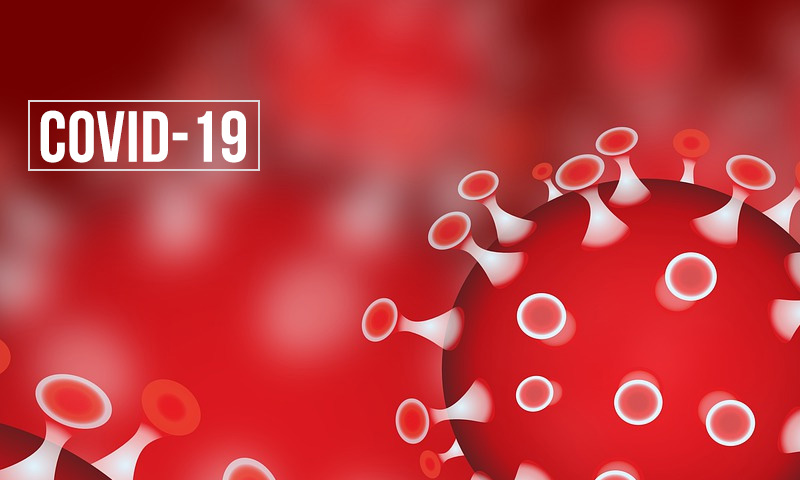 In a bid to contain the Covid-19 pandemic, governments across the world are using means and measures that would otherwise be considered invasive and illegitimate. In some countries—China and Israel, among others—the State has used phone tracking devices to monitor the movements of persons who have either contracted the virus or have come into contact with someone who might have done so. Even the European Union has relaxed some of its existing regulations governing the sharing of location data. On 23 March, the European Commission wrote to a number of the continent's telecom operators, urging them to share anonymized and aggregated mobile phone data. This information, the commission said, was necessary for it to track how the virus was spreading and to determine where and in what areas people's medical needs were most necessary. Indeed, as a Financial Times report pointed out, the EU has had to put on hold its newly proposed digital strategy for artificial intelligence and data that called for an enhancement of its data sovereignty, with a recommendation that European AI algorithms should be trained on European data. In India, while it's unclear if mobile phone data has yet been used to track the virus, a whole host of other measures have been put in place, which have otherwise impinged on people's right to privacy. The State of Karnataka, for example, published a database containing a list of all persons (14,000 residents of Bangalore alone) who had either contracted the virus or who had been placed in quarantine. This database included details of these persons' residential addresses and their travel history, among other things. Other states too have followed suit, and these details have often been leaked on WhatsApp and have been shared across groups and platforms.

Pandemics, as we know, can alter the course of history. The Yale historian, Frank Snowden's study in his recently published book, "Epidemics and Society: From the Black Death to the Present" puts the coronavirus in perspective, by telling us the tale of the bubonic plague that hit London in 1665. "It had," he told Isacc Chotiner in this interview, "an enormous effect on the economy. Bubonic plague killed half the population of full continents and, therefore, had a tremendous effect on the coming of the industrial revolution, on slavery and serfdom." But in doing so, pandemics also change the nature of political power. Consider this passage from Snowden's book:

Plague regulations also cast a long shadow over political history. They marked a vast extension of state power into spheres of human life that had never been subject to political authority. One reason for the temptation in later periods to resort to plague regulations was precisely that they provided justification for the extension of power, whether invoked against plague or, later, against cholera and other diseases. They justified control over the economy and the movement of people; they authorised surveillance and forcible detention; and they sanctioned the invasion of homes and the extinction of civil liberties. With the unanswerable argument of a public health emergency, this extension of power was welcomed by the church and by powerful political and medical voices. The campaign against plague marked a moment in the emergence of absolutism, and, more generally, it promoted an accretion of the power and legitimation of the modern state. [a hat-tip to Soutik Biswas for the reference to the passage].

We have, therefore, important lessons to take from history: that to absolutely waive our civil liberties in the perceived interest of public health portends dangerous consequences. In India, the trouble begins with the lack of a clear legal regime. Originally—before the central government finally woke up to the perils in front of it—various state governments had invoked The Epidemic Diseases Act, 1897, a colonial era law that granted state governments the power to prescribe temporary regulations to control the outbreak of any dangerous epidemic disease should it finding the existing laws insufficient. On 23 March, the Union government, following an address by the Prime Minister invoked the National Disaster Management Act, 2005, to seemingly provide a lawful basis for a nation-wide lockdown. [Gautam has discussed the implications of invoking the NDMA in this post here]. Notably, though, neither legislation provides governmental authorities any explicit legal basis to disclose personal information of persons who have either been inflicted with the virus or who have been quarantined for other reasons (such as their travel history).

The right to privacy, as we know, is a fundamental right. The Supreme Court's judgment in Puttaswamy I makes it clear that the right includes a right to informational self-determination, that is the authority of every individual to decide for herself, when and within what limits information about her private life should be communicated to others. The opinions of Chandrachud, J. (on behalf of four judges), Nariman, J. and Kaul, J. each makes it clear that every person in India has a right to control the dissemination of information that is personal to her. Now, when governments disclose, as the State of Karnataka has done, residential addresses, phone numbers and travel histories of persons who have both been infected by Covid-19 or otherwise been quarantined there is a prima facie violation of the right to privacy. The question that we need to ask ourselves, though, is whether the infringement in this case is legitimate and constitutionally justifiable given the prevailing circumstances.

There can be little doubt that the right to privacy, like every other fundamental right, is not an absolute guarantee. But, as the Supreme Court held in Puttaswamy I, to restrict the right legitimately the State must first show us that there exists a valid piece of legislation permitting it to place a constraint on the right. What is more, such a constraint, as judgments since Puttaswamy I have made it clear (including the verdicts in Puttaswamy II, Anuradha Bhasin v. Union of India and Internet and Mobile Association of India v. RBI) must be proportionate in nature, that is they must satisfy the test as propounded by the Court in Modern Dental College and Research Centre v. State of Madhya Pradesh (2016). There, the court held, that the doctrine of partakes four separate lines of analyses: (1) that the measure has to be designated for a proper purpose; (2) that the measure undertaken is rationally connected to the fulfilment of that purpose; (3) that there are no alterative and less intrusive measures available that may similarly achieve that same purpose with a lesser degree of limitation; and (4) that there needs to be a proper relation between the importance of achieving the aim and the social importance of preventing the limitation on the constitutional right.

In the present case, neither the Epidemic Diseases Act, 1897 nor the NDMA accords the government the power to disclose personal information of any kind. Thus, the disclosures made are, as such, illegitimate. But there could be an argument made that the basic residuary power that these legislation accords to government also includes within its ambit the power to publish information of this kind, should such publication be deemed necessary for the purposes of controlling the epidemic or the disaster, as the case may be. The Epidemic Diseases Act, for example, grants state governments the power to prescribe temporary regulations. Similarly, section 6(i) of the NDMA grants to the "National Authority"—which has as its ex officio chief, the Prime Minister—the power to "take such other measures for the prevention of disaster, or the mitigation, or preparedness and capacity building for dealing with the threatening disaster situation or disaster as it may consider necessary."

Even assuming for a moment that these clauses do accord to governments the power to make disclosure of private information any such disclosure will however have to nonetheless be proportionate in nature and must satisfy the test laid down in Modern Dental College. Here, however, no express regulation appears to have been made under either statute laying out a general framework for disclosure of information such as the residential addresses, phone numbers and travel history of those infected with the virus. What is more, it's also entirely unclear how the disclosure can at all be considered proportionate.

Maintaining public health, especially during the time of a pandemic, is unquestionably a legitimate aim of the state. But there is nothing on record here to show us how the measure undertaken—that is the publication and leaking of a whole host of private data—is rationally connected to the fulfilment of the aim. How, we might want to ask, is public knowledge about an infected person's residence and her mobile phone number going to assist the fight against the pandemic? Surely, there are less intrusive measures available. Would it not be sufficient to have broad locality level knowledge of where infected persons might be residing as opposed to publishing their exact residential addresses? The disclosures made by the Karnataka government fall afoul, therefore, of at least three prongs of the test expounded in Modern Dental. Moreover, the state government has now released a web-based mobile application, called "Corona Watch", that discloses not only the movements made by persons infected with the virus—public places that they might have visited and the time when they made such visits (information that one might find helpful) but also the home addresses of these persons. Again, the disclosure of this personal information us unfounded in any authority of law and it is also grossly disproportionate to what might be considered as lawful objectives of the state.

There is no doubt that these are extraordinary times. They call for special actions by the State. Chandrachud, J's plurality opinion in Puttaswamy I explicitly recognises public health as a valid ground on which certain forms of restrictions can be placed on the right to privacy. "…the state may assert a legitimate interest in analysing data borne from hospital records to understand and deal with a public health epidemic such as malaria or dengue to obviate a serious impact on the population," he wrote. "If the State preserves the anonymity of the individual it could legitimately assert a valid state interest in the preservation of public health to design appropriate policy interventions on the basis of the data available to it." But while the State will inevitably have to make encroachments on certain swathes of private information that it otherwise cannot, in the interest of public health, any such intrusion, as Chandrachud, J. holds, must still be necessary and proportionate.

At least some of these illegalities could have been obviated had we enacted a data protection law enshrining basic privacy principles, as demanded by the Supreme Court in Puttaswamy I. Such a statute might have installed a regime in which governments were made more acutely aware of when and where they could disclose private information. In the present case, by indiscriminately revealing information about persons who have either been infected with Covid-19 or who have been asked to keep themselves quarantined on account of their travel history the government has opened up the possibility of stigmatization, which, in a country like ours, could lead to various other forms of discrimination. The disclosures made, therefore, not only impinge on the right to privacy, but potentially violate a slew of other guarantees, including the basic human dignity of these individuals. We might well view the urgency of the pandemic as a justification for a limitation on civil rights. But to allow it to enter our conscience as legitimate state action can have dangerous consequences that go far beyond the immediate perils that we are faced with today

Author is a Madras based Lawyer and Writer.