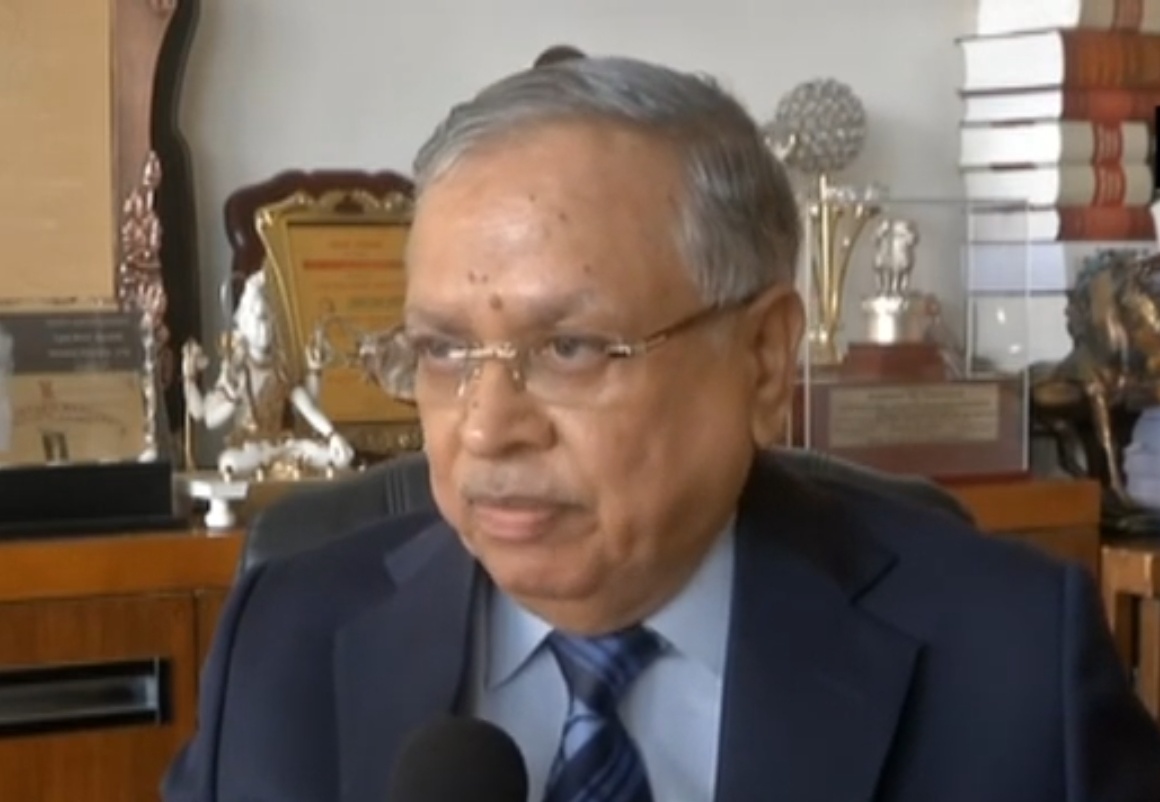 Dear Friends,With the spread of Covid-19, the world is passing through the worst ever health crisis we have ever witnessed. Continuous spread of Corona virus over 210 countries even the mightiest of the countries like USA, Britain, France, Germany, Spain, Italy, Brazil and others are struggling to control this pandemic which has already resulted into more than two Lacs death in the world....

With the spread of Covid-19, the world is passing through the worst ever health crisis we have ever witnessed. Continuous spread of Corona virus over 210 countries even the mightiest of the countries like USA, Britain, France, Germany, Spain, Italy, Brazil and others are struggling to control this pandemic which has already resulted into more than two Lacs death in the world. This pandemic is stated to be unleashed from Wuhan City in China and the latter has exported this virus with more vigor and alacrity than it has been exporting its domestic produce the world over.

In India, as on this day there are 49,522 cases with about 1697 death as on 06th May 2020. This works out to 1.14 deaths per million population. No doubt, there is a low death rate in our Country when compared to other developed countries but at the same time it is an undeniable fact that the number of tests carried out were quite at low rate due to our unpreparedness in India and now it has increased to about 70,000 test per day (early May) which is still considered to be low, taking our population base into consideration.

The first confirmed case of Corona virus infection was traced on 30th January, 2020 in the state of Kerala. The affected person had a travel history from Wuhan, China. Undeniably, our Governments, Central and States were not fully equipped to deal with such a monstrous virus not only on medical front but on Economic and Social fronts as well. The early National Lockdown of 21 days declared by our worthy Prime Minister through his national broadcast on 24.03.2020 played a significant role in combating the spread of Corona virus and simultaneous afforded valued time to our Governments to equip themselves with necessary medical infrastructure to deal with the virus. Our media people and various government functionaries played an exceptionally appreciable role in educating the public about the virus and what measures are to be adopted by each and everyone to break the chain of this virus. It is to the credit of our citizens but for few exceptions that, the people followed the norms of staying indoors, maintaining social distancing and frequent use of hand sanitizers and face mask etc. Our Doctors, nurses, health-workers, sanitary staff, police, paramilitary forces are the real heroes who are fighting this battle from the front to save all of us at the risk of their own lives.

Here I am not inclined to discuss much about the virus as by now everybody has become an expert through the daily knowledge they acquire from the print and electronic media. I am also aware that the worst sufferers of this pandemic are migrant workers, daily wagers, rag pickers, vendors, destitute and farmers. The very existence and survival of these people has come under threat due to starvation and no timely financial help reaching to many despite various schemes announced by the Central and State government to reach out to these people. Undeniably, this very large section of the society is the back bone of every activity be it economic, industrial or house-hold. All of us are witness to many heartrending stories of these migrant laborers who felt compelled to undertake arduous journey of hundreds of kilometers to reach back to their native villages with their small children without any kind of State support be it financial ,transport or food. Many of such workers also lost dear ones en-route their strenuous journey. These migrant laborers who are still staying in the metropolitan cities are facing horns of dilemma because of the piquant situation they are finding themselves .On the one hand some economic activity has been restored in orange and green districts but still there are no chances seen in the resumption of normal economic activity due to the fear factor and secondly the State Govts. with the help of Central Govt. have made arrangements for the travel of these migrant laborers to their home towns through special trains with proper health safety measures in place. But the moot question which I propose to highlight is that how those citizens who are better privileged and well placed can play some role to help this poor, deprived and less privileged class. This is the high time that we should feel more responsible, sensitive and compassionate to bring some solace to the lives of these poor and needy people. Many NGO's religious organization from all religion, social organizations and several individuals are already engaged in reaching out to these people not only by providing daily meals but through distribution of dry ration kits and other essentials. Yet looking into the magnitude and enormity of the crisis where millions of people are facing extreme hardships, the timely and desired help is not reaching to them despite the government machinery and other Organizations doing their best to reach out to these people.

Looking into the severity of human crisis and extreme hardships being faced by these people should we also not owe a duty towards the said deprived class and if yes then what can be our role and in what form we can be of any help to these people. One idea is to find out from your own neighborhood if there are any persons who wish to travel back but are without any money to sustain during the journey and for their survival after reaching back. Secondly, whether such people can be persuaded to stay back with the assurance to take care of their daily needs till the normal activity is restored. In either of the cases we must take the initiative to reach out to these people with the help of NGO's/Local police stations/RWA's and extend our helping hand in whatever small or big way as we can. The other initiative can be to reach out to your maid servants present/past, security guards, electrician, plumbers, gardeners, rickshaw pullers, safai karamcharis, drivers etc. who at any point of time were engaged by you, to find out whether they need any kind of help during this worst human crisis and if son then how to provide them the required help Such a small step may help in dissuading the migrant workers to go back to their native places and will help those who are desperate to travel back to join their families.

Before I conclude I appeal to all especially those who govern, inspire, educate and motivate us in our day to day life such as our Ministers, Parliamentarians, Legislatures, Politicians, top functionaries in the Executive, our Judiciary and most importantly our Media to be more sensitive, responsible, respectful, compassionate and responsive to the rights of the Citizens in the best possible manner and Citizens also to behave in a more responsible manner in compliance of their duties and laws of the land, particularly various norms and instructions being issued these days. Everybody must rise above petty party politics, malice, bias ill-will and hostility etc and bring welcome changes in our approach towards our own life and lives of others irrespective of their caste, creed, religion status and position as we do not know when we will see the end of this worst crisis.