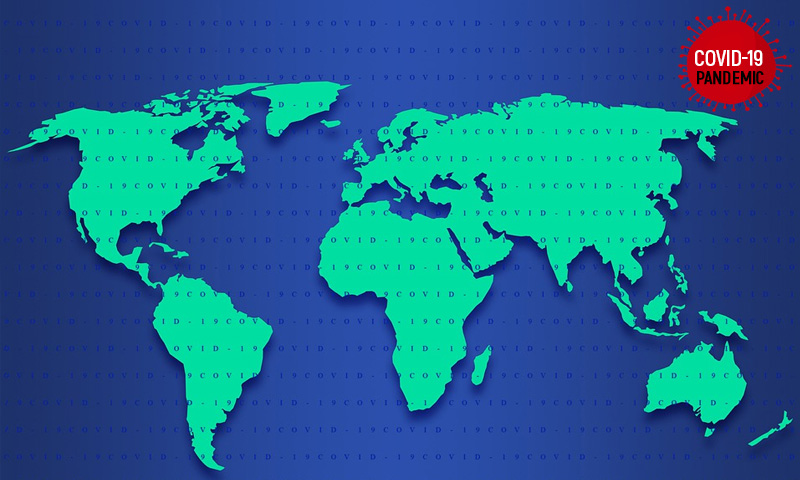 On 3 June 2020, Live Law Carried an article titled "COVID-19 and Jus Cogens Norm Implication on China" ("3 June Article"). Regrettably, the piece contained a number of fundamental conceptual errors of international law. To be clear, my attempt in this piece is not to argue that any State has, or has not, breached international law in relation to the current pandemic. While the 3...

To be clear, my attempt in this piece is not to argue that any State has, or has not, breached international law in relation to the current pandemic. While the 3 June article made certain assumptions about facts, evidence, and causation, to support its argument, I do not engage with those assumptions in this piece. My concern is that at a more fundamental level, the article got several basic concepts of international law wrong. I am compelled to address those errors, for the benefit of readers who may not be familiar with the discipline of international law.

But, what does a "higher norm" mean?

Article 53 of the Vienna Convention on the Law of Treaties ("VCLT") stipulates that treaties in conflict with "jus cogens" norms are void. For this purpose, Article 53 defines a "jus cogens" norms as "a norm accepted and recognized by the international community of States as a whole as a norm from which no derogation is permitted and which can be modified only by a subsequent norm of general international law having the same character".

Article 64 of the VCLT stipulates that the emergence of a new "jus cogens" norm invalidates any existing treaty in conflict with it.

There is no exhaustive list of "jus cogens" norms in international law. Examples often cited are the rules concerning piracy at sea, the prohibition on genocide, and the prohibition on the use of force. The International Court of Justice ("ICJ"), in the Barcelona Traction case offered the following examples for the related (but distinct) concept of erga omnes obligations (i.e., obligations owed towards the international community as a whole) "outlawing of acts of aggression, and of genocide, … the principles and rules concerning the basic rights of the human person, including protection from slavery and racial discrimination". Arguably, these could also serve as examples of "jus cogens" norms.

The 3 June article correctly notes that the mere fact that a norm is of "jus cogens" nature does not, in itself, confer jurisdiction on the ICJ to adjudicate a dispute involving an alleged violation of that norm. However, the author describes this as "secondary treatment meted out to jus cogens".

That characterisation is unfair.

As described above, characterising a norm as a "jus cogens" norm signifies its higher standing in relation to other substantive norms of international law. Whether or not a given adjudicator – such as the ICJ – has jurisdiction to adjudicate a dispute is a different matter.

Jurisdiction of international courts and tribunals is founded on consent of the parties to adjudication. To be clear, while a State may consent to being bound by a substantive norm, it may still not consent to disputes concerning alleged violations of that norm being adjudicated by a specific adjudicator. In case of the ICJ, Articles 36, 37, and 40(1) of the ICJ Statute identify the kind of instruments through which States may consent to a dispute being submitted to the Court. Where such consent cannot be identified, the Court lacks jurisdiction.

Indeed, international lawyers often deal with situations where there is a sound substantive basis for a claim, but no court or tribunal has the necessary jurisdiction to adjudicate that claim. This is a necessary corollary to States being sovereign, and consequently being immune from adjudication without their consent.

In this respect, "jus cogens" norms are not different from any other norms of international law. A court (or all courts and tribunals) lacking jurisdiction to hear a dispute does not, somehow, mean that "secondary treatment" is being meted out to the norms invoked in that dispute.

To offer an analogy with which Indian domestic lawyers are familiar, a well-founded writ petition alleging invalidity of a state legislation on account of conflict with Article 14 of the Indian Constitution would fail, if filed before a sessions court; the best divorce petition would fail, if filed in the first instance, before the Supreme Court of India. This is not because Article 14 of the Indian Constitution, or provisions of Indian family law, deserve, or are being accorded, "secondary treatment". The failure of these motions simply means that the claim, however well-founded, was placed before a forum lacking jurisdiction.

To remedy the "problem" that "jus cogens" status of norms alone does not confer jurisdiction on the ICJ, the 3 June article attempts to use Article 66(a) of the VCLT as the jurisdictional basis. Specifically, the article states:

"Moreover, the procedure for triggering jus cogens norm at the ICJ is codified under Article 66(a) of Vienna Convention on Law of Treaties (VCLT) which states that 'any one of the parties to a dispute concerning the application or the interpretation of article 53 or 64 may, by a written application, submit it to the International Court of Justice for a decision unless the parties by common consent agree to submit the dispute to arbitration'; therefore it is evident that invoking jus cogens is a lengthy and cumbersome mechanism".

I fail to see what is "lengthy and cumbersome" about bringing a dispute before the ICJ under Article 66(a) of the VCLT, in comparison to bringing any other dispute before the ICJ. What is required is a "written application" instituting proceedings, and the absence of an agreement by the parties that the dispute would be heard by another adjudicator. These are requirements that apply to bringing international disputes before not just the ICJ, but before any international court or tribunal.

That said, bringing the claim which is the focus of the 3 June Article to the ICJ using this provision would not just be "lengthy and cumbersome", but simply impossible (to recall a famous Bollywood dialogue – mushkil hi nahi, namumkin hai).

Outside that very specific context, Article 66(a) does not stipulate a "mechanism" for "invoking jus cogens". Nor does that provision generally subject to the jurisdiction of the ICJ all disputes in which a violation of a jus cogens norm is alleged.

Finally, it is important to note that China has made a reservation to Article 66(a) of the VCLT, which makes that provision inapplicable to it, in any event.

3. Non-recognition as a remedy

The final sentence of the 3 June article states: "proceeding to ICJ through jus cogens may result in non-recognition of China as codified under Article 41 of Draft Articles on Responsibility of States for Internationally Wrongful Acts".

By way of background, the "Articles on Responsibility of States for Internationally Wrongful Acts" (ARSIWA) are a product of the International Law Commission, a specialised agency of the UN tasked with codification and progressive development of public international law. ARSIWA address, inter alia, consequences of violation of rules of international law.

"No State shall recognize as lawful a situation created by a serious breach within the meaning of article 40, nor render aid or assistance in maintaining that situation".

This provision concerns recognition of "situations", not States. It stipulates that serious illegal conduct should not give rise to situations recognised as lawful. For example, where a State acquires territory through the use of force in breach of Article 2(4) of the UN Charter, other States have an obligation not to recognise that territorial acquisition, or aid in maintaining unlawful possession of that territory.

The provision has nothing to do with non-recognition of a State. Indeed, international law does address situations where States do not recognise other States or their governments. Such non-recognition is typically a political act, often addressing whether the State in question was lawfully formed and meets the requirements for statehood. However, nothing in ARSIWA – including Article 41.2 – identifies non-recognition of a State as a remedy for unlawful conduct, however serious.

In the 1949 Advisory Opinion on Reparations for Injuries Suffered in the service of the United Nations, the ICJ noted, "[t]hroughout its history, the development of international law has been influenced by the requirements of international life".

Given that law making in international law is a slow and cumbersome process, I have nothing against those who attempt to test the limits of existing norms by stretching them to meet present day factual scenarios. That said, there is a limit to the elasticity of international law norms. The nature of jus cogens norms do not stretch enough to warrant the ICJ assuming jurisdiction in the absence of consent; Article 66(a) of the VCLT does not stretch enough to confer jurisdiction on the ICJ over all disputes concerning alleged violations of jus cogens norms; Article 66(a) of the VCLT does not stretch enough to be applicable to States which have made reservations excluding that provision; Article 41.2 of ARSIWA does not stretch long enough to stipulate non-recognition of States (as opposed to "situations") as a remedy for unlawful conduct.