COVID 19 And Patent - A Cautious Note 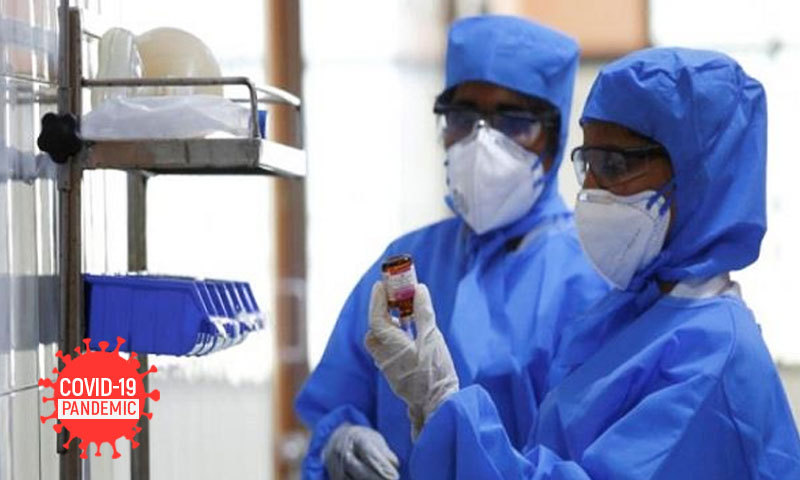 COVID -19 is now over 198 countries with a reported case of 492,465 and mounting day by day. WHO has declared the COVID 19 as pandemic. From a public health issue it is now driving the global economy into a recession. The Chief of International Monetary Fund stated that the rescission is started. Currently there is no vaccine for COVID-19 and a new vaccine is still at least another...

COVID -19 is now over 198 countries with a reported case of 492,465 and mounting day by day. WHO has declared the COVID 19 as pandemic. From a public health issue it is now driving the global economy into a recession. The Chief of International Monetary Fund stated that the rescission is started.

Currently there is no vaccine for COVID-19 and a new vaccine is still at least another 12-18 months away for public use. Many a different treatment options have been proposed and some older drug seems to be associated with positive outcomes. For instance, it is reported that in India, we have successfully treated a patient using a combination of HIV, swine flu and malaria drugs whereas in China and Japan, they are said to be administering 'avigan' (Favipiravir) and had produced encouraging outcomes. However, the drug Remdesivir that was developed to treat Ebola virus is now being seen as the best available option to treat COVID-19. It is currently the subject of at least four trials on coronavirus patients, including two in China. According to WHO assistant director-general Bruce Aylward: "There is only one drug right now that we think may have real efficacy, and that's remdesivir." WHO has included this drug its large global trial to evaluate its efficacy.

Patent rights have always come up in the way of ensuring access to medicines. Regarding Remdesivir, the drug is developed and patented by the US pharmaceutical giant, Gilead Science. Gilead is infamous of charging high price for their drugs. For instance, Gilead priced its hepatitis C drug sofosbuvir USD 84000 for a three months treatment. Initially the company has provided it to several hundred severely ill COVID-19 patients in China, U.S, Europe and Japan under "compassionate use" provisions. But it got abruptly halted due to "overwhelming demand" from several quarters which the company is unable to manage. And they are trying out various other alternate avenues to sustain the supply of the drug.

Amidst, Remdesivir has been granted an "orphan" drug status by the US the Food and Drug Administration as a result of which the drug is going to get many privileges. The 1983 Orphan Drug Act gives special inducements to pharmaceutical companies to make products that treat rare diseases including a 7 years exclusivity rights. As a result of public criticism the company has asked FDA to rescind its newly granted status.

In the wake of this pandemic, countries around the world are taking immediate steps to ensure affordable access to effective medicines and other COVID 19 related technologies. Some countries have issues compulsory/government use licenses for very specific whereas other countries prefer a blanket license for any useful line of treatment. For instance, Israeli government was the first to approve a license to purchase a generic production of the Kaletra (Lopinavir/Ritonavir), an HIV medicine after reports that the drug could be used to combat the coronavirus. The licence allows the importation of lopinavir/ritonavir from a generic company. Chile's lower house of Congress passed nearly unanimously a resolution that would permit the government to issue compulsory licenses for any medicines, vaccines, diagnostics devices, supplies, and other technologies useful for the surveillance, prevention, detection, diagnosis and treatment of people for combating the pandemic. Ecuador has become the latest country in which lawmakers are looking to issue compulsory licenses for medicines and vaccines to combat Covid-19 and ensure their citizens have access to any medical products. Several other countries are also thinking in the same line to ensure affordable access.

This being the global scenario, back home, drug is patented in India also by Gilead. But as the reports states it is yet to receive an approval from the Drug Controller of India. It is being reported once it is being tried out successfully expected towards end of as April, Gilead may offer the same to local partners in India under mutually agreed terms and conditions. There are earlier instances where Gilead has entered into license agreement with Indian generics or the production and supply of high priced sofosbuvir for treating hepatitis C virus. Under the agreements, Gilead's generic licensees have the right to develop and market generic versions of Gilead HCV medicines in certain developing countries. The generic drug companies may set their own prices and receive a complete technology transfer of the Gilead manufacturing process, enabling them to scale up production as quickly as possible in exchange for 7% royalties on all sales. Even then the license arrangement was not without criticisms. First of all, the agreement is being viewed as a strategical move to counters several problems Gilead could otherwise face in India. Then there were restrictions on exporting sofosbuvir's Active Pharmaceutical Ingredient, curtailing access to the raw ingredients for generic manufacturers across the world. Also, there are certain conditions to be adhered to before accessing the drug. Keep apart, as a result of such license the price of generic Sofosbuvir has come down heavily in India. We need to wait and watch how the pharma giant is going to behave in this pandemic situation in the coming days. Are we at the mercy of the global Pharma giant answer is Big No.

Indian Patent Law is well armed to address the issue. Since patent is granted in February 2020 we cannot use compulsory license under Section 84, because it prescribes 3 years cooling period. We have Section 92 which allows the Central Government to notify the relevant patents for granting a compulsory license provided there is a national emergency or an extreme urgent situation. The COVID 19 has already been declared as a case of national health emergency. Apart from that before notifying the govt. has to make sure that if notified, there are takers for producing and supplying the drugs at affordable access rates. The govt. may even think of a consultation with the industry concerned as to their competency to carry out the production process before notifying the patents. Further Sections 100 and 102 of the Patents Act could also be invoked. Section 100 allows the government to issue a government use license to one or more generic companies to produce the medicine. Under Section 103 government can acquire the patent after paying compensation to the patent holder.

India as the hub of generic manufacturers did have many takers to produce the required quantity of drugs at affordable price. Cipla had already come forward to engage with CSIR-IICT to take up the manufacture of chemical compounds with anti-viral properties including Remdesivir along with Favipiravir and Baloxavir. Hence the ball is on the government's court now to exercise the political will to fulfill its constitutional obligation to ensure the enjoyment of right to health under the Article 21.