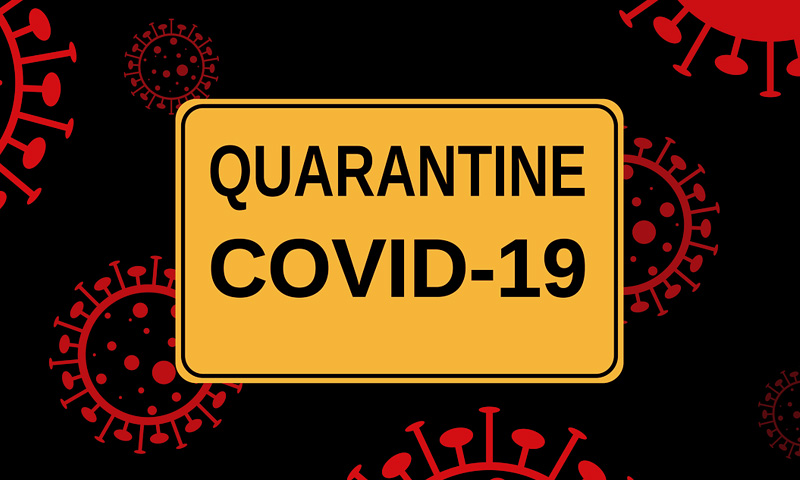 Quite recently, the World Health Organisation (WHO) declared the novel Coronavirus (COVID-19) a pandemic. According to the WHO, a pandemic is defined as the "worldwide spread" of a new disease. WHO, however, also remarked that it is a pandemic which can be controlled if governments around the world undertake effective measures. In response to the novel virus which has claimed more...

Quite recently, the World Health Organisation (WHO) declared the novel Coronavirus (COVID-19) a pandemic. According to the WHO, a pandemic is defined as the "worldwide spread" of a new disease. WHO, however, also remarked that it is a pandemic which can be controlled if governments around the world undertake effective measures. In response to the novel virus which has claimed more than 5000 lives worldwide and affected more than 1,45,000 people, governments around the world have imposed effective lockdowns, prohibiting any mass gathering. Furthermore, leading multinational corporations have asked their employees to work from home and all major sporting events have been suspended for the time being.

The response has been quite similar in India, where multiple states like Haryana, Uttar Pradesh, Rajasthan and Delhi have declared the novel virus an 'epidemic' and accordingly ordered the shutting down of educational institutions and have also imposed a prohibition on mass gatherings in their respective states. Furthermore, the Government recently notified cancellation of all non-official visas to curb incoming traffic, and advised against all non-essential travel abroad, which also curbs outgoing travel.

In these testing times, citizens and non-citizens alike have been advised to take precautionary measures. These include an immediate notification to appropriate authorities on the development of symptoms, prevention of non-essential travel etc. The underlying public interest behind the advisory is quite clear. However, a piece of news recently garnered a storm over social media when it was reported that a COVID-19 victim who had been quarantined in Bengaluru escaped from Bengaluru on March 8, took a flight to New Delhi and further travelled to Agra to be with her parents. Not only that, the health officials reported that they faced resistance when they visited the house where she was staying and could only move them (the victim and the family members) to isolation wards after the district magistrate intervened and asked the police to take appropriate action.

The questions which now arise for consideration from a legal perspective are: Which law provides the state the power to use appropriate force against such persons in order to place them into quarantine? What is the legal framework in relation to the control of epidemics in India? What are the gaps in the existing framework and what is the framework in some other nations? This article seeks to answer the aforementioned questions.

Legal frameworks are important during emergency public health situations as they can delineate the scope of the government's responses to public health emergencies and also, the duties and rights of citizens. There are two legislations which have been invoked by the Union and State Governments to effectively tackle the outbreak and spread of COVID-19:

As the year of enactment suggests, the Epidemic Diseases Act is a colonial era legislation which was primarily enacted to tackle the epidemic of bubonic plague that had spread in the erstwhile Bombay Presidency in the 1890s.

Using powers conferred by the Act, colonies authorities would search suspected plague cases in homes and among passengers, with forcible segregations, evacuations, and demolitions of infected places.

The Epidemic Diseases Act is a brief legislation containing only 4 substantive provisions:

Section 2 of the Impugned Legislation is a sweeping section that empowers the state governments/UTs to prescribe special measures and formulate regulations for containing the outbreak and spread of an epidemic if it thinks that the ordinary provisions of the law for the time being in force are insufficient for the purpose. These regulations can range from prescribing such temporary regulations to be observed by the public or by any person or class of persons as it shall deem necessary to prevent the outbreak of such disease or the spread thereof to the inspection of persons travelling from railways or otherwise, segregation in hospital, creation of special wards etc. Section 2A provides similar powers to the Central Governments in reference to ports, vessels etc.

Section 4 of the Act provides legal immunity to persons acting under the Act.

The law has been criticised by a number of historians on account of its potential for abuse. But, as legal positivists would argue in a situation like this, it is the law and because it is the law it is only reasonable to assume that more and more states will invoke the provisions of the impugned Act to deal with instances such as the one that has occurred today. The state should effectively use to the law to act against persons who are putting the larger public in danger by wilfully disobeying essential government orders issued in public interest in these testing times.

The Disaster Management Act, 2005 was enacted to provide for an exhaustive administrative set up for disaster preparedness. The definition of 'disaster' under section 2(d) of the Act is wide enough to encompasses the novel disease, i.e., COVID-19 and adequately empowers the public officials to combat the spread of COVID-19.

The relevant section under which the Government has taken measures to combat the spread of COVID-19 is Section 10 of the Act. Section 10 deals with the monitoring and implementation of the National Plan and the plans prepared by the Ministries or Departments of the Central Government and gives overreaching superintendence power to the officer executing it. Section 10 of the Act confers this power upon the Union Home Secretary as he is the Chairperson of the National Executive Committee. However, recently the Centre notified that the powers held by the Home Ministry under section 10 of the Disaster Management Act shall be delegated to the Ministry of Health and Family Welfare. In pursuance of the directions issued by the Ministry of Health and Family Welfare (MoHFW) vide an order under section 10(1)(2) of the Disaster Management Act, 2005, the National Pharmaceutical Pricing Authority (NPPA) was directed to regulate the availability and pricing of surgical and protective masks, hand sanitizers and gloves amid the ongoing coronavirus concerns. NPPA directed all the States and UTs to take necessary steps to ensure sufficient availability of the masks, sanitizers and gloves at prices not exceeding the MRP printed on the pack size in public interest. These steps were taken to curb unnecessary public exploitation and overpricing of products which are a mandate in the times of the ongoing pandemic disease.

Furthermore, the governments of States and UTs have also been directed to monitor the production and distribution of the essential items by the manufacturers, importers, stockists and retailers so as to combat potential situations of hoarding, black marketing and profiteering.

The importance of this legislation cannot be emphasised enough. The steps taken under the Act deal with factors which are ignored by many but which directly contribute to the mitigation or aggravation of the spread of an epidemic.

PROBLEMS WITH THE EXISTING FRAMEWORK

A detailed, integrated legal framework is extremely important to combat the spread of an epidemic. There are a number of problems with the existing legal framework. After the effective control of COVID-19, the legislature must look at amending the various Acts which constitute the present framework or consider bringing in a new legislation which deals with the following concerns:

1) Definition of an Epidemic

As Professor Rakesh PS in his article for the Indian Journal of Medical Ethics remarks, "Rather than containing clear executive instructions, the Epidemic Diseases Act is more or less like a guidance document. It does not mention any scientific steps that the government needs to take to contain or prevent the spread of disease. The Act is also silent on the ethical aspects or human rights principles that come into play during the response to an epidemic."

Many states like Madras, Haryana, Punjab, Madhya Pradesh etc. have their own public health laws. There is a need for a better coordination between the state laws and the central laws in response to an epidemic which is nationwide in nature. Many diseases need multi-disciplinary approach, inter-departmental and inter-governmental coordination as in cases of animal-to-human and human-to-animal transmitted diseases

The nature of epidemics has changed over the due course of time. There is increased travelling and communication between people, increased contact with animals etc. With this change, there is a need to modify the existing legal framework so that it can adequately deal with this change. An April 2019 article in the Hindustan Times reported that the law ministry is planning to replace the Epidemic Diseases Act with a new Public Health Act. According to the Ministry, the new law will not only cover many aspects of health, but also mention ways of quarantining a patient, accountability of departments (be it public or private) and punitive actions in case of failures.

FRAMEWORKS IN OTHER NATIONS

As mentioned earlier, all countries which are affected by the novel COVID-19 virus are taking measures under relevant legal frameworks to effectively combat the spread of the virus. But, one country which has invoked an extremely detailed framework in this regard is Australia. Measures undertaken by the Government are founded in an act called the 'Biosecurity Act'. Contrary to the Epidemic Diseases Act, the Biosecurity Act is an extremely detailed legislation with 11 Chapters and 645 Sections.

To combat the COVID-19 outbreak, certain changes were incorporated in the Human Biosecurity Control Act, 2015 wherein the government authorities designated by the chief medical officer can make a 'Human Biosecurity Control Order' either to compel or restrict an individual to do things. The key features of the order are: people with 'listed diseases' to provide all the contact details, regularly inform medical officer about their health status, restriction of movement at the place of residence for a particular time period, undergo decontamination, remain in Australia up to 28 days or be isolated at a medical facility, etc. Compulsion against consent can be imposed by the Chief Medical Office in case an individual refuses to adhere to the prescribed orders.

Similarly, Singapore has invoked the 'Infectious Diseases Act' to deal with the outbreak of COVID-19 virus. The 74 Sections long legislation provides a detailed framework on dealing with an epidemic from public health surveillance programmes to creation of isolation areas, disposal of corpses etc.

India must take cue from these nations and enact a detailed legislation which deals with every aspect of disease control and not just a regulatory or guiding law which is merely 4 sections long.

Effective legal frameworks concerning public health possess certain characteristics which make them effective. They are detailed, people centric and above all lucid in the delineation of responsibilities amongst different nodal agencies. India has a framework in place but as mentioned earlier, it suffers on many counts. Although, it cannot be doubted that the Government is taking all measures possible to contain the COVID-19 virus, a detailed and effective legal framework would have only helped it in this regard. It is time that the Legislature focuses on the development of such a framework by fast tracking the course of the proposed Public Health Act.

On the human side of the entire situation, we can only repeat what many have already said, in times like these, the whole human race suffers. Because the whole race suffers, the whole race must act together. Each one of us is responsible not only for ourselves but the people around us. Our actions today have to move from self interest to public interest.