COVID-19 AND EMPLOYMENT IN INDIA:- Employment is a relationship between two parties, usually based on a contract where work is paid for, where one party is the employer and the other is the employee. Employees work in return for payment, which may be in form of an hourly wage, by piecework or annual salary, depending on the type of work an employee does or which sector...

Employment is a relationship between two parties, usually based on a contract where work is paid for, where one party is the employer and the other is the employee. Employees work in return for payment, which may be in form of an hourly wage, by piecework or annual salary, depending on the type of work an employee does or which sector they are working in. Employment is typically governed by employment laws, organization or legal contracts.

Indian legislation depicts workers as two distinct categories: workmen and non-workmen. In India, most of the legislation in place primarily applies to workmen.

Under the Industrial Disputes Act, one of the main labour legislations in the country, a workman is defined as any person employed in any industry to do any manual, unskilled, skilled, technical, operational, clerical or supervisory work for hire or reward, whether the terms of employment are express or implied. An employee working in a managerial or administrative capacity, or those employed in a supervisory capacity earning more than Rs10,000 per month, are excluded from the scope of this definition.

The model standing orders under the Industrial Employment (Standing Orders) Act 1946 also classify workmen as permanent workmen, probationers, badli workmen and temporary workmen based on the nature of their employment.

A worker's entitlement to statutory employment rights depends on the category of employee and multiple other factors, including nature of the work undertaken, remuneration, location of employee and type of industry. As the Industrial Disputes Act seeks to protect workmen, an employee who does not qualify as a workman will not receive any protection or benefit under the Industrial Disputes Act.

In the present scenario and circumstances where the world is at standstill axis due to pandemic coronavirus to promote social distancing various state governments and central government have time to time issued various advisories for promoting work from home (WFH). As of the implementation of lockdown in India, all commercial and industrial establishments which are not engaged in providing essential services have to be closed. However, the closure due to the said lockdown does not necessarily mean that employers are required to close all of their operations and are free to implement work from home wherever possible.

The big question which is arising is whether the employees will be liable and bound to remunerate its employees in the present- like the situation when the work at the industry/enterprises/companies/organizations/companies are affected or ceased owing to the outbreak of a pandemic and subsequent lockdown by the government. This article is an attempt to analyse and assess the same.

Indian labour law refers to laws regulating employment. Traditionally Indian Governments at the federal and state level have sought to ensure a high degree of protection for workers through enforcement of labour laws. The labour enactments in India is divided into 5 broad categories, viz. Working Conditions, Industrial Relations, Wage, Welfare and Social Securities. The enactments are all based upon the Constitution of India and the resolutions taken in ILO conventions from time to time. While conforming to the essentials of the laws of contracts, a contract of employment must adhere also to the provisions of applicable labour laws and the rules contained under the Standing Orders of the establishment. Indian labour laws divide the industry into two broad categories:-

Factories are regulated by the provisions of the Factories Act, 1948. All Industrial establishments employing 10 or more persons and carrying manufacturing activities with the aid of power come within the definition of Factory. The said Act makes provisions for the health, safety, welfare, working hours and leave of workers in factories. The said Act is enforced by the State Government through their 'Factory' inspectorates. The said Act empowers the State Governments to frame rules, so that the local conditions prevailing in the State are appropriately reflected in the enforcement. The said Act puts special emphasis on welfare, health and safety of workers.

The Shops and Establishment Act is a state legislation act and each state has framed its own rules for the Act. The object of this Act is to provide statutory obligation and rights to employees and employers in the unauthorized sector of employment, i.e., shops and establishments. This Act is applicable to all persons employed in an establishment with or without wages, except the members of the employers' family.

'a catastrophe, mishap, calamity or grave occurrence in any area, arising from natural or man-made causes, or by accident or negligence which results in substantial loss of life or human suffering or damage to, and destruction of, property, or damage to, or degradation of, environment, and is of such a nature or magnitude as to be beyond the coping capacity of the community of the affected area'.

The Ministry of Labour and Employment issued a circular dated 20.03.2020 requiring the employers/establishments to not to terminate employees and not to cut wages of the workers interalia stating that all the Employers of Public/Private Establishments are advised to extend their coordination by not terminating their employees' particularly casual or contractual workers from jobs or reduce their wages. If any worker takes leave, he should be deemed to be on duty without any consequential deduction in wages for this period, further if the place of employment is to be made non-operational due to COVID-19, the employees of such unit will be deemed to be on duty. It has been further stated by the Ministry of Labour and Employment that the termination of employee from the job or reduction in wages in this scenario would further deepen the crises and will not only weaken the financial condition of the employee but also hamper their morale to combat their fight with this epidemic.

As a matter of fact, the Ministry of Home Affairs, Government of India in the exercise of powers conferred under section 10(2)(1) of the Disaster Management Act, 2005 in the capacity of Chairperson of National Executive Committee, has issued an order 29.03.2020 whereby directing the State/Union Territory Governments and State/Union Territory Authorities to take necessary action and to issue necessary orders to their District Magistrate/Deputy Commissioner and Senior Superintendent of Police/Superintendent of Police/Deputy Commissioner of Police, to take following measures :-

"All the Employers, be it in the Industry or in the Shops and Commercial establishments, shall make payment of wages of their workers, at their workplaces, on the due date, without any deduction, for the period their establishments are under closure during the lockdown"

It has been further directed to the respective State/Union Territory Governments to take necessary action under the Disaster Management Act, 2005 in case of violation of the aforementioned measures.

Many of state Governments has issued advisory to industrial units to pay salaries to their employees and workers digitally during the lockdown in the larger interest of employees and workers in view of the need of money for meeting their daily needs. Moreover the District Administration of Noida has issued order under the National Disaster Management Act 2005 interalia stating that Workers and employees who are infected with COVID-19 and kept in isolation for treatment will get 28 days' paid leave. This will be done only when such patients produce a certificate of treatment to their employers upon being discharged as healthy. It has been further ordered to all such shops, commercial facilities and factories, which have been closed temporarily because of the order of the state government or the district administration, will provide paid leave to their workers and labourers for the duration of the closure. It has been further stated in the said order that action would be ensured against the offender under Section 51 of the Disaster Management Act, 2005 which provides for one year of imprisonment or financial penalty or both and two years of jail if violation of the order causes any loss to life or property.

It is to note here that Central Government and State Governments have called upon employers to pay wages for the lockdown period not only to the permanent workmen of an industrial establishment but also to contract workmen and inter-State migrant workers. The Central Government, invoking the provisions of the Disaster Management Act 2005 has declared a lockdown until April 14. The State Governments invoking the provisions of Epidemic Diseases Act, 1897 have framed certain regulations and have issued certain directions/guidelines/communications. The direction issued by the governments to employers to pay wages to all the workmen neither comes within the framework of the Disaster Management Act 2005 and Epidemic Diseases Act, 1897 nor is backed by a statutory law.

The Epidemic Diseases Act was enacted in 1897 to stop the spread of bubonic plague in then Bombay. The objective of the Act is to prevent the spread of epidemic diseases. Under the Act both the Central and the State governments have the powers to take measures in order to control the epidemic. Section 2 of the Act, confers States with the following special powers:

"to take measures and, by public notice, prescribe such temporary regulations to be observed by the public or by any person or class of persons as it shall deem necessary to prevent the outbreak of such disease or the spread thereof, and may determine in what manner and by whom any expenses incurred (including compensation if any) shall be defrayed."

The substantial part of the Act is Section 2 and it only enables the government to prescribe measures to prevent the outbreak of such disease or the spread thereof. The same certainly does not clothe the government with a power to direct a private employer to pay wages.

Central Government and State Governments would need to come up with a scheme to subsidize employers towards the wages paid during the lockdown considering subsiding the wage cost for the lockdown period, if not in entirety, at least in part. The scheme can be linked to profits earned by the industrial establishment and the wage bill for a month. In the absence of such a scheme, if for any reason the government decides to extend the lockdown private employers especially small and medium industries will be put through hardships that could even bankrupt them.

It is amply clear now that the epidemic was never going to be contained. At most, its spread has been perhaps slowed by the lock down imposed in China, India and local as well as global government efforts to identify infected people and anyone they might have been in contact with. With the outbreak showing no signs of abating, the corona virus disruption is set to continue. In any case, pursuing a pro-active approach in connection with the handling of the economic consequences of the coronavirus epidemic will be the better choice. 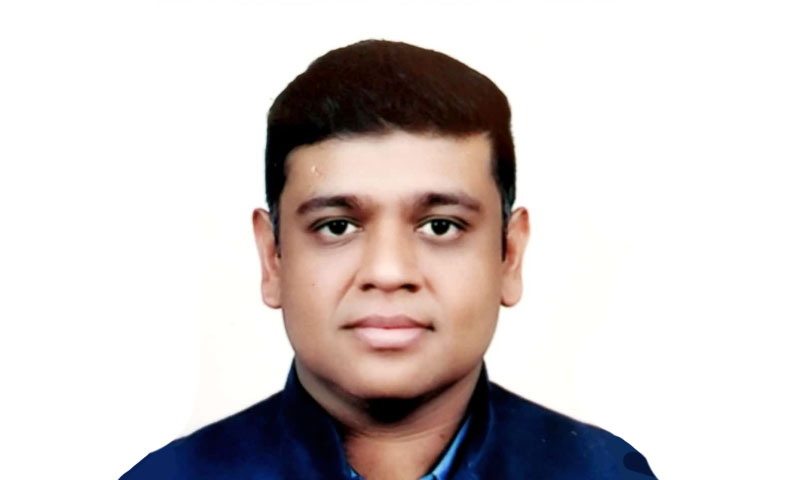