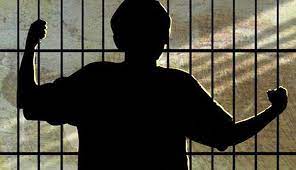 In the first week of April 2022, the Criminal Procedure (Identification) Bill, 2022 was passed by both Houses of Parliament amid much resistance and calls for sending the Bill to a Standing or Select Committee of Parliament for thorough review and study. The Bill provides for the collection, storage, processing and dissemination of measurements of any person convicted, arrested or...

In the first week of April 2022, the Criminal Procedure (Identification) Bill, 2022 was passed by both Houses of Parliament amid much resistance and calls for sending the Bill to a Standing or Select Committee of Parliament for thorough review and study. The Bill provides for the collection, storage, processing and dissemination of measurements of any person convicted, arrested or detained under any law. The measurements could include fingerprints, footprints, photographs, retina, iris scan, biological samples and their analysis, behavioral attributes, and any examination under Section 53 or 53A of the Code of Criminal Procedure (CrPC). The Bill replaced the Identification of Prisoners Act, 1920 which provided for limited powers to collect a narrowly defined set of measurements from a finite set of people.

The Bill was also not subjected to any pre-legislative public consultation before its introduction in Parliament. Though the government claimed in Parliament that stakeholders and state governments were consulted, the draft of the Bill was not put in the public domain for comments and no publicly known steps were taken to engage with civil society. Two weeks later, the Bill received the President's assent and was notified as an Act and thereafter was soon challenged in the Delhi High Court.

In this article, we explore possible points of conflict between the Criminal Procedure (Identification) Act, 2022 (in short 'the Identification Act') and the Juvenile Justice (Care and Protection of Children) Act, 2015 (in short 'the JJ Act'), which will need to be resolved to ensure that the protective and rehabilitative approach of the juvenile justice system is not compromised. The article will particularly focus on the principle of fresh start for juvenile offenders as well as principles of privacy and confidentiality.

The JJ Act is designed to ensure proper care, protection, development and social reintegration of children in difficult circumstances by adopting a child-friendly approach. The legislation is guided by certain fundamental principles. One such principle is the Principle of fresh start.

Section 3❲xiv❳ of the Act provides that "All past records of any child under the Juvenile Justice system should be erased except in special circumstances". The idea of a fresh start is supported by other provisions of the Act as well such as Section 24 of the JJ Act which provides that children, who have committed any offense and have been dealt with under the provisions of the JJ Act, shouldn't suffer from any disqualifications arising from a conviction for an offence. The Section also provides for the destruction of records of such conviction after the expiry of the period of appeal or a reasonable period. Section 3(xiv) read with Section 24 makes the mandate of the JJ Act clear - all past records of a child in conflict with the law (CCL) have to be erased, particularly the records related to conviction so that no disqualification or disadvantage is suffered by the child in future.

The principle of fresh start finds its genesis in the right to privacy of juveniles, embodied under the United Nations Convention on Rights of Child ❲UNCRC❳, which India has ratified. It mandates state parties to ensure that no child shall be subjected to arbitrary or unlawful interference with his or her privacy and the child has the right to the protection of the law against such interference. In India, the right to privacy was upheld as a fundamental right in the Puttaswamy judgment, in which the Supreme Court also referred to the concept of the right to be forgotten. The Court held that though the right to be forgotten is not unqualified, it was important to enable an individual to seek the erasure of data to provide an opportunity to evolve and acknowledge that a past mistake cannot be allowed to be held against an individual indefinitely. Thus, it can be argued that for a juvenile offender, the right to be forgotten is also essential to enable a fresh start in life.

The idea of the principle of a fresh start was also upheld by the Supreme Court in a recent case of Union of India &Ors. v. Ramesh Bishnoi[1] in which, while upholding the appointment of a man as an SI in the Central Industrial Security Force, the court referred to the principle of a fresh start under JJ Act. It observed that 'the trust of juvenile justice legislation is that even if a juvenile is convicted, the same should be obliterated so that there is no stigma with regard to any crime committed by such a person as a juvenile. This is with the clear objective to reintegrate such juveniles back in the society as a normal person, without any stigma'.

Before we explore some points of conflict between the Identification Act and the JJ Act, it is important to acknowledge the settled legal position that a special law overrides a general law, and there can be no presumption that a later general law will repeal an earlier special law to the extent of the inconsistency.[2] Applying this principle to the matter at hand, the Identification Act is a general law as it applies to the collection of measurements from any person convicted, arrested, or detained. On the contrary, the JJ Act applies specifically to children in conflict with the law (CCL) as a special class. Here it is interesting to note that specific provisions of the JJ Act explicitly override the CrPC also and some provisions provide for CrPC to apply to a trial before a Juvenile Justice Board. Therefore, even though no explicit exceptions are created for CCL in the Identification Act, it is possible to argue that the JJ Act will override it, particularly where a harmonious interpretation of the conflicting provisions is not possible.

In light of the discussion above, the potential conflict between the Identification Act and the JJ Act which strike at the root of the fundamental principles of JJ Act arises from the provisions related to retention and destruction of records of measurement.

The Identification Act creates no exception for juvenile offenders, when it empowers a police officer, of the rank of Head Constable or above, to collect measurements from any person convicted, arrested or detained. The National Crime Records Bureau (NCRB) is further empowered to collect these records, store, preserve, process and disseminate these records. As per Section 4(2) of the Act, the NCRB, a body which is not established by any statute and is not accountable to Parliament for its working, can retain these records for a period of 75 years from the date of collection of measurement. The proviso attached to this section provides for destruction of records of measurements of a person who is released without trial, discharged or acquitted by court, after exhausting all legal remedies, if he has not been previously convicted of an offence and unless a Court or a Magistrate orders otherwise.

Rule 14 of the Rules framed under the JJ Act read with Section 3(xiv) and Section 24 of JJ Act enjoins a duty on the Juvenile Justice Board or Children's Court to ensure that all records of conviction of with respect to a CCL shall be kept in safe custody till the expiry of period of appeal or seven years and thereafter destroyed.

Issues That Need To Be Resolved

Due to the possible conflict highlighted above, several issues may arise that need to be resolved:

The passing of the Criminal Procedure (Identification) Act has brought up a series of crucial legal issues with respect to the principles of juvenile justice. Had the Bill undergone review, study and public consultation, perhaps these issues could have been resolved. But now that the Act has been challenged in the Delhi High Court, it is hoped that the issues mentioned above will also get taken up and resolved. It is our submission that any conflict between the JJ Act and the Identification Act must be resolved in favor of the juveniles and their rights must be upheld. The stated but unsubstantiated objective of 'increase in conviction rate' of the Identification Act should not come in the way of the reformative, rehabilitative, and protective mandate of the JJ Act. The continued retention of and the threat of use of measurements of a juvenile against them, later in life, will hamper their reintegration in society free from fear and stigma.

The authors are Advocates at Delhi and views are personal