Criticism and Diatribe : Grading Is Normal 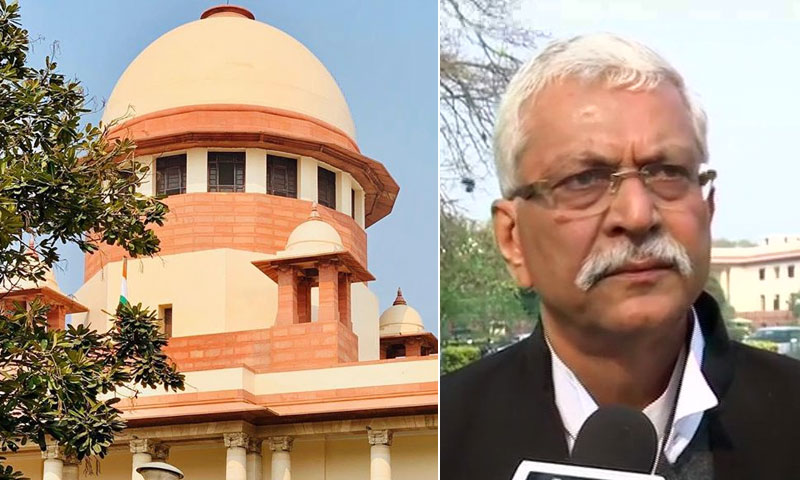 Criticism is externalisation of self criticism. Self criticism is a duty to self. It helps the self to correct its own thought and thought process. It is anterior to expression of the thought to the world as a truth. Why does one express his thoughts to the external world? To gain acceptability of his thoughts. But no one expects acceptance without the acceptors judging it for themselves....

Criticism is externalisation of self criticism. Self criticism is a duty to self. It helps the self to correct its own thought and thought process. It is anterior to expression of the thought to the world as a truth. Why does one express his thoughts to the external world? To gain acceptability of his thoughts. But no one expects acceptance without the acceptors judging it for themselves. Here comes the external criticism. This is the test by fire and process of steeling of the thought. Criticism is therefore both a duty and a right. Both are having the protection of Art. 19 and 21 of the Constitution. And Art 14 provides equality to all in this respect.

Judiciary discharges a Constitutional function. It declares law and judges rights in dispute. It is a State function. Separation of executing and judging functions was needed to create people's trust in the executive, a belief in the fairness of the executive. People affected can question executive before courts. Judging therefore was entrusted to those who were trained in law and who could be expected to have ingrained within themselves the idea of Independence of Judiciary. This system also helps in resolving inter se disputes. Judiciary undoubtedly discharges a difficult function. It is effective as long as people have faith in its independence, fairness and quality of justice.

Faith is delicate phenomenon. It can shake if for any reason a fault exists within. Judges are human. They can err, they may fumble and they may flounder . Respectful criticism, often sharp, helps to check this drift. It is necessary. It is a duty. Many judgements are reviewed or even overruled on account of criticism. Justice is not a cloistered virtue is what great judges themselves have said. And judges are of sterner stuff and they are not swayed by the sharp criticisms. They have the ability to ponder and either accept or reject the critics thoughts. Strong Criticism therefore is part of the justice delivery process. Seervai's monumental work on Constitutional law is full of hard criticism of judgements and judges.

However, there is a way to criticize even when the critic feels strongly about his conviction. Judges are vulnerable in the sense that they cannot join the public debate to defend their judgment or themselves. So criticize if you must, but critics must maintain decency and remain respectful. Abuse, diatribe, fulminations, defamatory statements should be shunned. They are neither useful nor productive, and only degrade the system and the critics. Criticism is a scientific process and critical thoughts must flow serenely to purify and not to defile. The divinity of thought process should be respected.

Often it becomes difficult to judge if the critic has crossed the line dividing criticism from diatribe. To wit, some lawyers say that if GDP has gone down the Supreme Court of India is partly responsible for its judgement had led to the delay in operation of the coal mines. Some may extend it to telecom cases. Is this statement a criticism or a diatribe? It expects that Judges while adjudging should look into the fallout on GDP or economy, and overlook the corruption in obtaining licenses or the arbitrariness in Grant. It wants the judges to refrain from interfering with grant of largesse obtained through corruption. It is one thing to say that relief should be moulded or that Judicial dissection should have sorted out the good and genuine grants. But how can judiciary close its eyes to established corruption. The speakers do not spell out the flaw in the findings of blatant corruption and apparent taint in the grant process. They simply accuse. This could be considered diatribe. Well obviously the speakers think that that is permissible criticism.

Similarly, the handling of the migrant labour problem by governments and Supreme Courts non interference came under heavy criticism. The critics wanted the court to do something to help the poorest, helpless sufferer, the little Indian. This is not diatribe. It is valid criticism. The PILs are genuine. Not all were politically motivated. Yes government did quite a lot for migrants but more was needed to be done. Many deaths could be avoided if federal cooperation was better and all governments had acted with alacrity and promptness. Even if some petition was Congress sponsored and politically motivated and though Congress did nothing to contribute to the Corona battle, except bicker, still the cause of the migrant workers could not be defeated for that reason. Criticism remains valid.

Being critical to persuade Supreme Court, the last bastion of relief, reflects the immense trust of people in the Judiciary and not intolerance. It is like we keep going to the temple due to faith to seek relief from sufferings and we often remonstrate, cry and protest before God. God should worry about Godliness, not the remonstrations, cries or protests. Judges should not be disturbed by Grade A or F for judges and institutional periods have always been graded by lawyers as have the judges graded the lawyers, or for that matter the grading by the community. You have to tide over these critical pressures and shine 'diamond bright'. We should not be afraid of being judged. As they say in cricket " Let the bat respond to the critics".

Social media is an important tool which enables speech and expression and empowers the common man. It strengthens democracy. It helps the institutions in knowing what people think. They are not bound to accept the expressed thought but they can evaluate criticisms and protests for the benefit of their actions. As long as social media is used to express thoughts, criticisms and protest in a decent manner there is no problem. If it contains defamatory or contemptuous matter the existing laws are sufficient to deal with abuse.

There is a demand for a new law to curb diatribes in social media. Yes social media suffers from large no of fake accounts. Many account holders rampantly use it for flinging dirty abuses and threats and that is definitely no part of exercise of free speech and expression. Therefore a law is needed to control fakeness and misuse . No fake account should be opened. It should be linked to Aadhar card. Then the individual can be identified and he can be acted against. But such law, if tailored to deal with diatribes, will have to be narrowly crafted so that right to criticise is not pulverized and the democratic check is not smashed. To go for severe curbs with an independent defamation tribunal would be a sure recipe of democratic disaster. It would be excessive intervention to curtail social media diatribes. I think if social media accounts are linked to Aadhar and fake and anonymous accounts are proscribed, then existing laws are sufficient to deal with the diatribes - independent tribunal or not.

Author is a Senior Advocate at Supreme Court