Cruelty Against Disha; Shall We Hang All The Criminals? 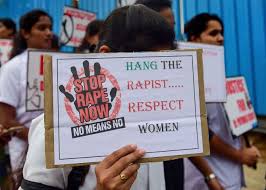 Some want instant killing. Others propose lynching. MPs were emotionally demanding public lynching or castration. It is fact that civil society is rattled at the cruelty of accused against the young lady in Hyderabad. Every crime, including this, is result of combination of various factors including the bloody crime of a cruel inhuman being. Whenever a ghastly crime is...

Some want instant killing. Others propose lynching. MPs were emotionally demanding public lynching or castration. It is fact that civil society is rattled at the cruelty of accused against the young lady  in Hyderabad. Every crime, including this, is result of combination of various factors including the bloody crime of a cruel inhuman being. Whenever a ghastly crime is committed, the society feels hurt and reacts emotionally to demand the severe punishment to the criminal. Even in beastly crime against Disha, one finds over whelming support to death penalty to the accused. They want instant killing of the accused as that happens in our Indian movies before it concludes. Some MPs in Parliament suggested public lynching, while others wanted penalty to include surgical castration. Those who generally opposed to death penalty are hated, trolled and abused in an uncivilised manner, as evident in social media now. Before punishing a criminal, a scientific and civilised system has a duty to look into all factors that caused crime. All these Facebook sermon givers and likers, who demand instant killing of the criminals, should vow not to consume alcohol and to oppose its sale and public consumption. Because its proved that intoxication leads to insanity and cruelty. Can they do it?

All the governments are shamelessly indulging in making crores of rupees revenue out of intoxicating the people and unfortunately the people contribute to corrupt economy spending around half of their income on consumption of alcohol.

Apart from alcohol the system with loopholes, corruption, negligence and inefficiency is facilitating the crime. For instance, poverty and lack of education are the direct results of corrupt administration lead by ruthless politicians and heartless bureaucrats. Poor and non-school going minors are partners of the crime with adult criminals. We want them also to be hanged, without asking for punishing the criminals in power whose policies kept them poor and uneducated.

Let us also examine how Disha's crime was facilitated by reckless authorities who are duty bound to enforce law but always indulge in dereliction of duties. Police, RTA and excise authorities are equally guilty in allowing by default of inaction the workless youth to turn into devils in public places. Following are the factors for ready reference.

Gangrape and murder of Disha was preceded by a bundle of several crimes by the authorities that facilitated the beasty cruelty at innocent doctor.

a) The criminals were boozing in public place, sitting in a truck parked near outer ring road at tole tax centre.

b) Accused was driving that truck without licence for last two years. He was intercepted by vigilance and transport staff on November 25 in Mahabubnagar. They prevented officers from impounding the truck by removing self-start cable. As truck was not starting police went to another place. By the time police returned, the accused escaped with truck.

c) The accused called each other and were planning to illegally carry some more load of steel channels. On November 26, four accused parked truck by roadside.

d) Next day, November 27 at 9 pm police team directed the truck to move from there. They went to Thonduplally Outer Ring Road Toll Plaza, parked it, boozed liquor, saw doctor Disha parking the scooter, hatched a plan to rape her.

The remand report says "they poured some liquor into her mouth. Victim lost the consciousness during the gangrape. When she came to consciousness, Ali (truck driver) smothered her to death. At every stage, one can find inaction, half action, no-follow-up and negligence by police and other officers of government. People are demanding death penalty to accused. What about the criminals of dereliction of duty? Who are the real criminals of the system who facilitate crimes?

Telangana Police suffered serious disreputation for its unfriendly response towards the parents of the victim in the event of ghastly crime against a veterinary doctor by its non-serious silence, inaction and non-registration of FIR. It amounts negligence and dereliction of duty. As per Section 7 of the Police Act of 1861, the negligence of duty is a crime that could lead to dismissal from service.

Section 7. Appointment, dismissal, etc., of inferior officers.-- Subject to the provisions of article 311 of the Constitution, and to such rules] as the State Government may from time to time make under this Act, the Inspector- General, Deputy Inspectors- General, Assistant Inspector- General and District Superintendents of Police may at any time dismiss, suspend or reduce any police- officer of the subordinate ranks] whom they shall think remiss or negligent in the discharge of his duty, or unfit for the same; 4 or may award any one or more of the following punishments to any police- officer 5 of the subordinate ranks] who shall discharge his duty in a careless or negligent manner, or who by any act of his own shall render himself unfit for the discharge thereof, namely:- (a) fine to any amount not exceeding one month' s pay; (b) confinement to quarters for a term not exceeding fifteen days, with or without punishment- drill, extra guard, fatigue or other duty; (c) deprivation of good- conduct pay; (d) removal from any office of distinction or special emolument.

It is clear case of negligence if the officials delayed the filing of FIR and not offering a zero FIR option to the complainant. Every police person is taught and trained to register the FIR. It is very sad, yet they do not care. It is applicable even to the IG level officer. At least their salary should have been forfeited to instil fear of dereliction of duty. Section 7 is rarely implemented in India.

Thus, the officers now suspended should be charged with offence under Section 166A IPC so that they may undergo rigorous imprisonment for six months. Why this provision was not invoked against the officers? This is another rarely implemented provision of criminal law which embolden the negligent officers to resort to dereliction of duty again. When such a serious incident like Disha happens, the police will be suspended, if not transferred. After a few days, none bothers and they will be silently reinstated. The duty not to be negligent gradually transformed into right to be! Then, what is the purpose of this amendment?

The Police was also silent for four days when there was rampant abuse of the photographs of rape-victim of gang rape disclosing her identity, address and exposing entire family, in utter disregard to the law. The media, including social media, was reckless in their writings and postings with victim's photograph. They apparently were showing very 'deep' lip-sympathy, but never cared for adverse effects of exposing her private information with undue publicity to her personal photos, which is a punishable offence under Indian Penal Code. None stopped it for four days and nights, until Cyberabad Police Commissioner VC Sajjanar has rightly renamed her as Disha.

whoever prints or publishes the name or any matter which may make known the identity of any person against whom an offence is committed shall be punished with imprisonment (rigorous or simple) up to two years and shall also be liable to fine.

Only when officer in charge of the police station permits in writing for investigation, or when victim or her legal representative authorises in writing, the victim's name can be published. Even in court proceedings, her name cannot be published without permission from the court. Such a publication is a crime that can lead to two-year jail term. Again, none cares. All existing Jails may not be enough if every person who committed this crime on facebook, WhatsApp, twitter, tv and newspapers is booked. What moral right they have, to demand harsh punishment for criminals?

Crime of public consumption of alcohol

Drinking in public place is yet another crime as per the Telangana Prohibition Act, which was part of AP Act that was introduced by N. T. Rama Rao in 1994. But his son-in-law N. Chandrababu Naidu repealed it in 1997 claiming that it was "not successful or feasible because of the leakages within the state and from across the borders". Even after amendment, Section 9 imposes punishment for being found in a state or intoxication. It says:

Whoever is found in a state of intoxication in and public place and whoever, not having been permitted to consume liquor in pursuance of this Act, is found in state of intoxicate in any private place, shall be punishable with imprisonment which may extend up to six months, of with fine may extend up to one thousand rupees, or with both. (Except in Bihar, Gujarat, Mizoram and Nagaland as well as in the Union Territory of Lakshadweep, sale of alcohol is not prohibited.)

Why this law is not being enforced? Police or Excise forces should have found the criminals in Disha case and arrested for such intoxication in public place, that could have prevented this crime. The question is can we ever build friendly police? Telangana suspended three Shadnagar police officers for their dereliction of duty when the parents of Disha approached to complain about missing victim. It is not just non registration of FIR, but those police persons are guilty of not acting promptly. Whether FIR or not, they should have used their phones and wireless equipment to enquire into the incident complained. If Police cannot improve their attitude and deal with people in friendly perspective, prevention of crimes or tracing criminals may not be possible. The investigation into crime cannot be delayed even by a minute in the interests of law and order. Jurisdiction or lack of it cannot be a lame excuse!

The list of contributors of this crime is unending. Whom shall we hang? Or Shall we hang our head in shame?