Cry Me A Constitution 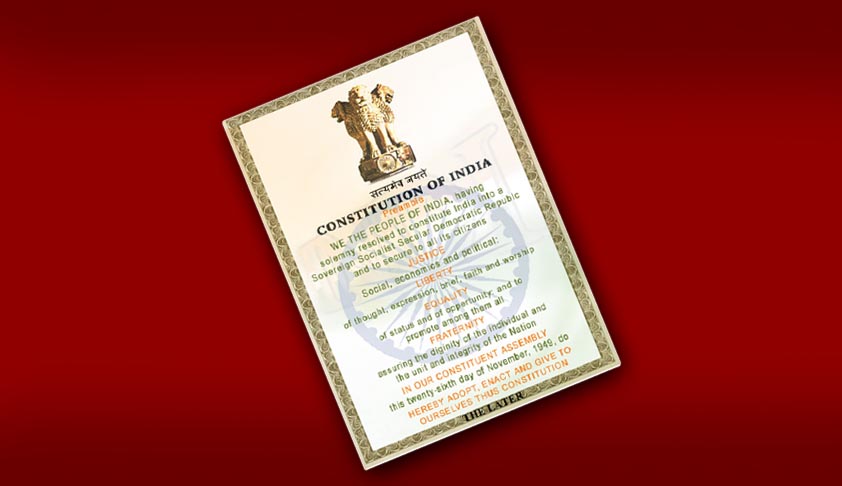 Shorn of constitutional semantics, CAA and NRC have little to do about citizenship. It is plain and simple, the emasculation of the Constitution from we the people. Millions of men, women and children overnight will scramble for the documentation to prove their citizenry. By this one stroke they will divest millions, of citizenship and consequently their voting rights. As is wont, it...

Shorn of constitutional semantics, CAA and NRC have little to do about citizenship. It is plain and simple, the emasculation of the Constitution from we the people. Millions of men, women and children overnight will scramble for the documentation to prove their citizenry. By this one stroke they will divest millions, of citizenship and consequently their voting rights. As is wont, it will, without doubt be the poor, the disenfranchised and the most miserable of the lot be of whatever religious hue who will not pass the test. They, like those in Assam, will be herded into what are euphemistically called 'detention centres' - a form of a concentration camp without the torture and killing.

This exercise of unhinging the citizenry from the Constitution and citizenhood from the individual is neither new nor unique. This exercise was conducted with far greater efficiency, with little resistance and equal complicity of all institutions, in the middle of the last century in Germany and many parts of Nazi-occupied territories.

In September 1935, Nazi Germany enacted the 'Law for Protection of German Blood and German Honour' which forbade Jews from marrying or having sexual relations with persons of "German or related blood". The 'Reich Citizenship Law' declared that only those of German or related blood were eligible to be citizens. Anyone who had 3 or 4 Jewish grandparents was defined as a 'Jew'. The law was clearly aimed at the Jews who were stripped of all citizenship rights. Two months later, Romanis and Blacks were added to the list and stripped of citizenship. They were "Lebensunwertes Leben", or "life unworthy of life".

Between 1933 and 1945, according to Holocaust historians, Nazi Germany and its allies established more than 44,000 camps, ghettoes and other incarceration sites in Germany. The camps were filled with Jews, German communists, socialists, social Democrats, Roma gypsies, Jehovah's Witnesses, prisoners of war and homosexuals. Over 17 million of those incarcerated perished including 6 million Jews.

The laws relating to segregation and disenfranchising were conceived long before the Nazi regime. In the 19th and early 20th century, laws popularly called Jim Crow laws enforcing racial segregation in the southern states of America were enacted. In 1896 the United States Supreme Court outrageously upheld the Jim Crow laws in the infamous decision of Plessy v. Fergusson. The court has never been able to overcome the odium of this decision till date. Five years later, in 1901, emboldened and aided by the tainted antecedent of the Plessy decision, the State of Alabama, brought forth a new constitution to disenfranchise voters of African-American descent. One of its founders - John B Knox - articulated its object, "to establish white supremacy in this state". It declared that persons "convicted of a felony involving moral turpitude" could not vote. These disenfranchisement legislations and the system of mass incarceration still persist and plague America. As of 2016, 6.1 million people were disenfranchised due to a felony conviction. The racial bias inherent in the system is manifest from the fact that over 7.4% of the adult African-American population is disenfranchised compared to 1.8% of the non-African American population.

Millions of Indians paid with blood, tears and incarceration, faced the bullets, bayonets and lathis after having heeded to the calls for non-cooperation, salt satyagraha, swadeshi and the many movements and counter-movements for the independence of India. However, for their labours and sacrifices, they did not demand a certificate of citizenship. They simply put their faith and their fate on the Constitution and its institutions. The Founders of our Constitution, by the solemn writing in the Constitution, promised the millions that they would be citizens of a free India.

All we have today are sepia coloured photographs and grainy movie footage of the millions who at the mere suggestion of our tallest of leaders confronted the British in large numbers across this very vast land of ours. There were Hindus, Muslims, Buddhists, Jains, Christians, atheists, agnostics and Parsis. In retrospect, yes, our forefathers ought to have obtained a parchment to formalize their citizenry. If only they had studied history, they would have known that there would come a time when their children and their grandchildren would have to prove their citizenry.

Seven decades later, one billion Indians, the children and grandchildren of those who fought the British and endorsed our constitution for seven long decades by exercising their franchise, stand at the crossroads of this Democratic Socialist Republic.

In one stroke, the Parliament passed the Citizenship Amendment Act where every citizen's citizenship stands challenged by the state. The onus to establish citizenship shifts to a billion Indians. The millions will now queue up before the many bureaucratic establishments to prove their citizenship. In the interregnum, will they be entitled to any of the fundamental freedoms, to democracy, to vote? The millions in stateless limbo, bereft of voting rights and the scale of mass incarceration would be unparalleled in the history of mankind.

There is a corollary and a sequitur to this. Today it is the undocumented Muslim citizenry. Tomorrow it is the vulnerable classes, the Schedule Castes and the Scheduled Tribes and others in the many others in layers on the scale of repression.

So spake the greatest constitutional scholar Dr. B.R.Ambedkar in his final speech to the Constituent Assembly on November 25, 1949.

Why did the millions not demand a parchment to establish their citizenry, their fundamental freedoms, their Constitution, for themselves and their progeny? They however, did get a promissory note against executive and legislative tyranny. That promissory note was the judiciary. So great was the faith in the judiciary to protect the citizenry, that our founders made it a fundamental right of every citizen, to approach the Supreme Court directly for any infraction of his/her fundamental freedoms.

As the ink dries on this paper, events have moved at a fast pace. Students of the Jawaharlal Nehru University was attacked. Mayhem had broken loose. The pictures of students and professors beaten and badly bleeding have emerged and the police are yet to make arrests. So far redress is nowhere in sight. They have knocked the doors which we hope will open.

Is our journey, a temporary tryst with a free and living constitution? Did our forefathers shortchange their sacrifices for a free India for a momentary and fleeting teaser of a democracy?.

It remains to be seen, whether the promissory note given to our ancestors will be honoured.

Adv Santosh Paul is a Senior Advocate at Supreme Court of India.