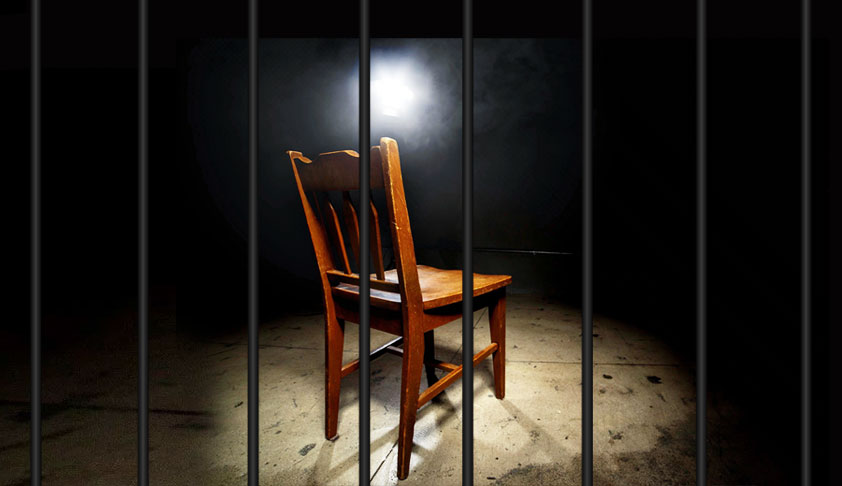 x
India's anti-torture bill has been in coma for almost 10 years now.

The custodial deaths of Jayaraj and Bennix at the Sathankulam police station in the Tuticorin District of Tamil Nadu have raised eye-brows due to the sheer scale of torture and violence perpetrated by the Police. This incident has opened up the debate on the use of third-degree methods by the Police to extract confessions and statements, even as the global anger following the death of...

The custodial deaths of Jayaraj and Bennix at the Sathankulam police station in the Tuticorin District of Tamil Nadu have raised eye-brows due to the sheer scale of torture and violence perpetrated by the Police. This incident has opened up the debate on the use of third-degree methods by the Police to extract confessions and statements, even as the global anger following the death of George Floyd is far from dying down. In the United States, the protests against incidents of police brutality has now resulted in the House of Commons (Congress) passing a police reform bill seeking to ban chokeholds, establish a national database to track police misconduct etc. The reforms bill is unlikely to become a formal law as the bill in its present form faces the threat of being vetoed by President Trump. Interestingly, India also shares similar situation as that of the United States as the Indian anti-torture law, proposed many times by the Parliamentarians, is yet to the see the light of the day.

Fate of the Prevention of Torture Bill, 2010

If the Prevention of Torture Bill, 2010 had indeed become law, it would have provided for punishment for torture committed by public servants. The Section 3 of the Bill defined "torture" broadly as follows:

"3. Whoever, being a public servant or being abetted by a public servant or with the consent or acquiescence of a public servant, intentionally does any act for the purposes to obtain from him or a third person such information or a confession which causes,— (i) grievous hurt to any person; or (ii) danger to life, limb or health (whether mental or physical) of any person, is said to inflict torture:

Provided that nothing contained in this section shall apply to any pain, hurt or danger as aforementioned caused by any act, which is inflicted in accordance with any procedure established by law or justified by law

Explanation.—For the purposes of this section, 'public servant' shall, without prejudice to section 21 of the Indian Penal Code, also include any person acting in his official capacity under the Central Government or the State Government."

The Section 4 of the lapsed bill provided for 10 years punishment for the act of torture as defined above. It said that when torture is committed for gaining a confession or other information for detecting an offence, and if it is committed on certain grounds such as religion, race, language, caste, or any other ground, it shall entail punishment for "torture". Significantly, the complaint has to be made by the victim of such torture within six months from the date on which the offence is alleged to have been committed. Further, it required that the prior sanction to prosecute the accused be taken from the concerned government. The Select Committee of the Rajya Sabha was of the opinion that "the definition of torture should be suitably expanded so as to make it consistent with the UN Convention and include offences under the Indian Penal Code. Torture of women and children should be given special consideration and attempt to torture should also be made an offence. The definition of public servant should include any government companies or institutions."

Intervention of the Supreme Court and the Law Commission Report

When the world came to know of the custodial violence meted out to the Delhi University Professor G.N Saibaba, through an interview published by The Hindu on 08.04.2016, former Law Minister Dr. Ashwini Kumar decided to file a writ petition (WP(C) No. 738 of 2016) before the Supreme Court broadly praying for "ensuring an effective and purposeful legislative framework/ laws and its enforcement to fulfill the constitutional promise of human dignity and prevention of custodial torture". The petitioner stated that the Prevention of Torture Bill, 2010 was already passed by the Lok Sabha and that the Torture Convention needs to be ratified by India through a legislative process. On 27.11.2017, the Supreme Court disposed of the writ petition on the basis of the statement of Attorney General Shri K.K Venugopal that the prayer made in the writ petition has been the subject matter of discussion in the Law Commission which has already made certain recommendations and that the report is being seriously considered by the Government.

"While deciding on as to what amounts to torture by a public servant, the Commission has suggested definition of 'torture' wide enough to include inflicting injury, either intentionally or involuntarily, or even an attempt to cause such an injury, which will include physical, mental or psychological injury.

The Commission went into the existing legal provisions and concluded that the Criminal Procedure Code, 1973 and the Indian Evidence Act, 1872 require amendments to accommodate provisions regarding compensation and burden of proof, respectively. Further, the Law Commission recommended amendment to Section 357B to incorporate payment of compensation, in addition to payment of fine, as provided under Section 326A or Section 376D of the Indian Penal Code,1860. The Commission also recommended that the Indian Evidence Act, 1872 required insertion of Section 114B to flag a presumption that in case a person in police custody sustains injuries, it is presumed that those injuries have been inflicted by the police, and the burden of proof shall lie on the authority concerned to explain such injury. In order to curb the menace of torture and to have a deterrent effect on acts of torture, the Law Commission recommended stringent punishment to the perpetrators of such acts. The new Bill to prevent torture was to provide for provisions where the Courts will decide upon a justiciable compensation after considering various facets of an individual case, such as nature, purpose, extent and manner of injury, including mental agony caused to the victim.

However, the recommendations were not implemented by the Central Government by introducing the aforesaid amendments and the new law in the Parliament. Dr. Ashwini Kumar, the petitioner in the writ petition, filed an application (MA No. 2560 of 2018 in WP(C) No. 738 of 2016) before the Supreme Court with a prayer to implement the Law Commission recommendations which was dismissed by the Supreme Court on 05.09.2019 by a bench comprising of then Chief Justice of India Ranjan Gogoi, Justice Dinesh Maheshwari and Justice Sanjiv Khanna. The Supreme Court rejected the prayer for issuance of a direction to the Centre to enact a stand-alone law against custodial torture by holding that the Court cannot direct the Parliament to enact laws.

Present Status of the Anti-Torture Bill

India's anti-torture bill has been in coma for almost 10 years now. When the question regarding the implementation of the Law Commission recommendations was discussed in the Supreme Court, it was informed on 22.01.2019 by the Central Government through Attorney General that the draft Prevention of Torture Bill, 2017 was referred to all the States for their inputs and comments and that only 8 states/UTs had responded as on that date. Even after considerable time has elapsed from the date of Law Commission report, the Prevention of Torture Bill, 2017 has not even been introduced in the Houses of the Parliament. The Home Minister Amit Shah had on the occasion of 50th foundation day of the 'Bureau of Police Research and Development (BPRD)' mentioned that the age of third-degree torture was over. Perhaps the first step in that direction would be a timely introduction of the Prevention of Torture Bill, 2017 so that India can conform, finally, to its international commitment of eradicating torture from the policing system.

(Author is a Delhi based Lawyer. He tweets at @eminentjurist and may be emailed at [email protected])