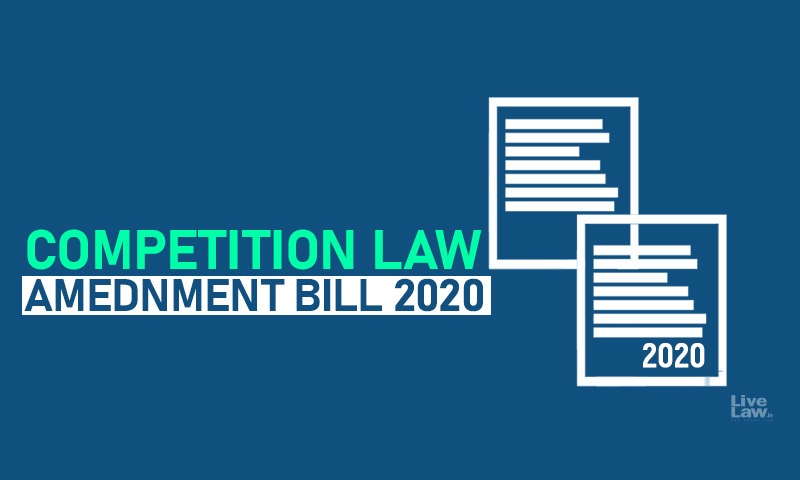 The much-awaited Competition law Amendment Bill 2020 was released for public comments in late February. One of the significant proposals in the Bill is that it enables the CCI and Central government to define new thresholds for merger notification by insertion of a proviso to Section 5. It enables the CCI to introduce sector-specific thresholds like deal- value thresholds. The...

The much-awaited Competition law Amendment Bill 2020 was released for public comments in late February. One of the significant proposals in the Bill is that it enables the CCI and Central government to define new thresholds for merger notification by insertion of a proviso to Section 5. It enables the CCI to introduce sector-specific thresholds like deal- value thresholds. The objective behind the deal value threshold is to capture the acquisitions between the players in the digital economy which escapes the current turnover threshold as they do not always have a very substantial turnover. The current business models in the digital market are typically asset-light and may take several years to generate revenue as user growth is the initial focus of such business models. However, the potential of such acquisitions is reflected in the high acquisition values and hence the turnover fails to acts as an effective proxy to show the potential impact of such mergers on the market.

Data Drive across the world

The digital companies across the world have witnessed a large number of Mergers and Takeovers. Data reveals that in between 2008-18, Google acquired 168 companies, Facebook 71 companies, and Amazon 60 companies. In the past decade, 5 largest technological companies have made over 400 acquisitions globally. Upon witnessing this power imbalance in the market, CCI began its probe into the mergers and acquisitions in the digital market in 2018. Accordingly, in 2019, the Competition Law Review Committee came out with a 220 page report, which brought in the criteria of deal value threshold with a view to widen its ambit to include data driven companies.

The need for Intervention

While acknowledging the competitive benefits that come with the drive to maintain a data advantage, it is imperative to take into consideration the abuse of the competitive powers that comes along with. From a competitive market perspective, the amalgamation of two dominant players in the supply chain facilitates the creation of sided market. In such collaboration, users are both, the source of data as well as the product that is sold to advertisers, who are in turn, the true customers and the revenue generating source. As more players in the market join to enjoy the network effects, it sets into wave an irreversible response circle, where the platform constantly benefits from the accumulation of ever more data creating opportunities. While the dominant platform may in itself not be an anti- competitive activity, reinforcement of the feedback loop, which in turn, reinforces dominance in the market, makes the move anti- competitive. This creates an unbreakable barrier to entry for potential rivals that lack enough data to develop competitive products as well as pushes out those competitors, without the access to this data. An apt illustration of the same in the global market is the Whatsapp and Facebook merger, which was subsequently fined by the EU Competition Commission. These barriers sided with the continuous network effects and feedback loops tip the scales in the digital markets, thus creating a single winner.

This creation of a single dominant player is not new to the Indian digital market. The recent merger between Jio and Facebook would be the apt and timely example of the potential dominance in the Indian digital market. While Facebook has gone on record specifying that there would be no data sharing among the entities, it has a clear record of going back on such assurances. Facebook was fined a hefty sum by the European Commission for making "incorrect" information regarding its intention to match user accounts on Facebook with WhatsApp. Whether Facebook pulls the same trick a second time remains to be seen, but the CCI would be wise to be mindful of such a possibility.

While acknowledging the pros of this method of valuation, it is important not to forget that the aim of merger control is not just to check anti-competitive concentrations but also to maintain competitive markets that enhance consumer welfare. In free-market economies, competition is protected by ensuring efficient allocation of resources resulting in efficient market outcomes. Hence it is very important to make sure that the deal value threshold doesn't act as a deterrent mechanism. One of the most important factors for the effectiveness of the deal value threshold will be to have a clear definition of 'value of transaction or deal-value' as it can provide much-needed clarity and legal certainty to the merging parties and also to be on line with ICN (International competition network) that requires merger notification thresholds to be on clear, understandable, and based on objectively quantifiable criteria. Unlike the European countries like Germany and Austria which have adopted the Deal- value thresholds, the e-commerce market in India is still in its nascent stages and is an evolving model of retail distribution in India. The evolving cash-strapped start-ups often need investment from already established players in the market and the introduction of deal value threshold may end in these start-ups losing their competitive edge by any delay, stuck in between complex procedural steps in the process of getting competition Approval. Hence as observed by the CCI in the Flipkart case, "Recognizing the growth potential as well as the efficiencies and consumer benefits that such markets can provide, any intervention in such markets needs to be carefully crafted lest it stifles innovation" as it can also result in an increase in compliance costs and may have a significant impact on the ease of doing business. Hence any intervention should only be after thorough consultations with all the stakeholders and capture of transactions and consequential regulatory burdens should be adequately balanced so that it doesn't disincentivize investors.

CCI is now faced with the unique challenge to strike an appropriate balance between deterring the anti-competitive transactions and managing efficiently the significant regulatory saddle. To ensure both the efficacy and the ease of application of the remedy and to safeguard the wide and far- reaching incentives to innovate, the scope for negotiations must also be widened to explore structural changes and behavioral mandates as innovative means of preserving transactions while at the same time, accounting for their anti-competitive effects.