Do Hand Sanitizers Require A Drug License To Be Sold In Stores? 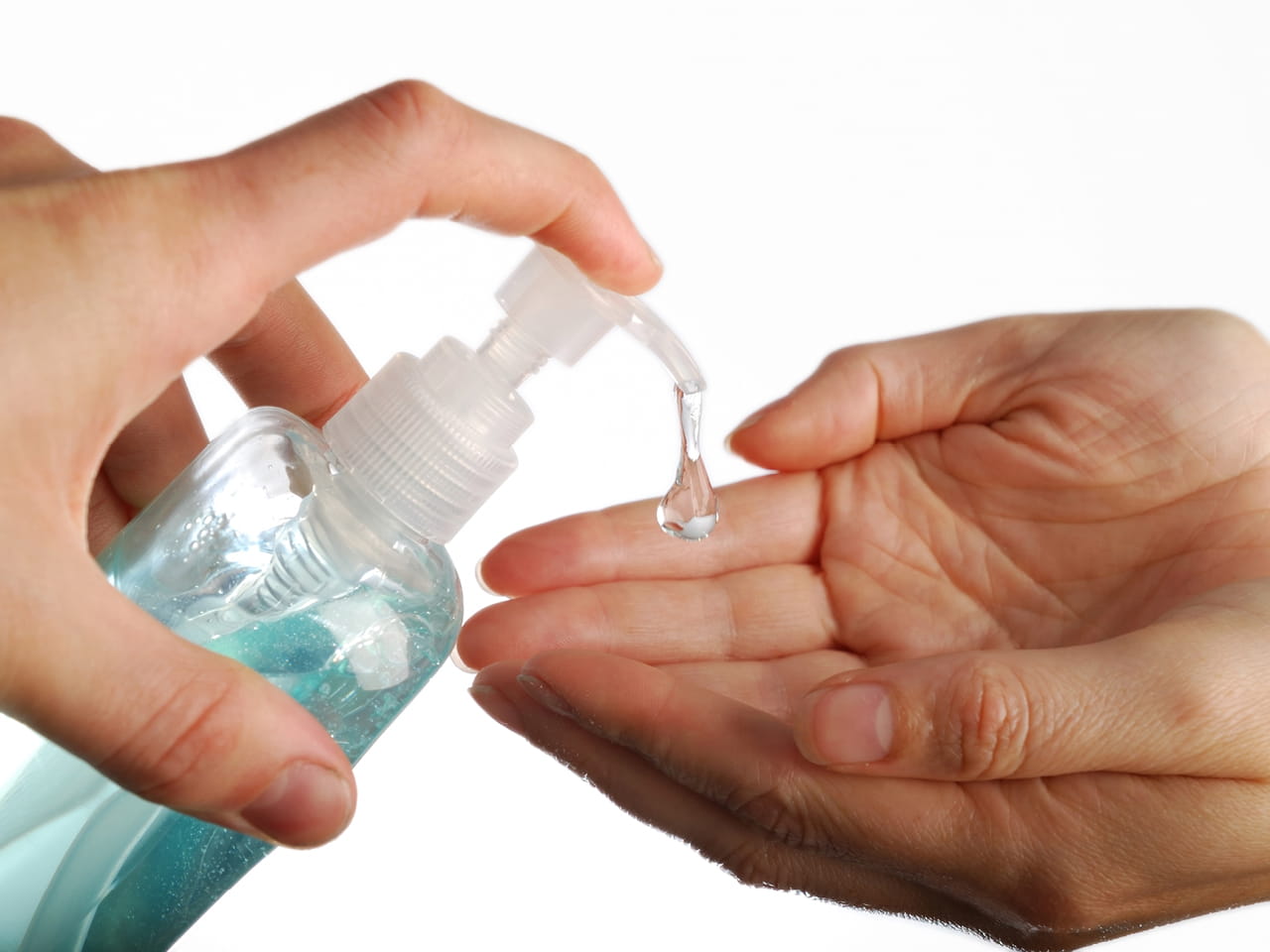 "Written laws are like spider's webs; they will catch, it is true, the weak and poor, but would be torn in pieces by the rich and powerful"Although written laws may be like spider's webs, which may catch the weak and poor, it would actually be torn in pieces by the vicious and the guileful. Time and again, amidst the covid-19 mayhem, which engendered a global...

"Written laws are like spider's webs; they will catch, it is true, the weak and poor, but would be torn in pieces by the rich and powerful"

Although written laws may be like spider's webs, which may catch the weak and poor, it would actually be torn in pieces by the vicious and the guileful.

Time and again, amidst the covid-19 mayhem, which engendered a global catastrophe; 'Sanitize your hands', has been a hackneyed government advisory. Hand sanitizers, typically in the form of liquid, gel or foam, are agents applied to the hands for the purpose of removing common pathogens.

In the late 2019, when the world witnessed an outbreak of clusters of pneumonia cases, which later came to be known as the Corona virus (Covid-19), resulting in a multitude of fatalities; Governments in consultation with their respective health departments and the World Health Organization (WHO), promulgated a series of guidelines, predominantly, maintaining personal hygiene and social distancing, by the masses. It is tacit that hand hygiene is indispensable in the prevention of the spread of the virus. In this regard, the WHO has recommended the use of an alcohol- based hand rub, for a frame of 20-30 seconds, using the appropriate technique, when hands are not visibly dirty.

Pursuant to these guidelines, several governments around the world have promoted the use of Ethyl alcohol or isopropyl alcohol-based hand rubs for the purpose of maintaining hand hygiene. The WHO endorsements and government recommendations for alcohol-based hand sanitizers, have evidently resulted in massive public demand for these products, in India and across the world.

In view of the alarming rise in the demand for hand sanitizers across the country, the Drug Licensing Authorities had granted licenses to manufacture these products in a record time of three days, not only to drug manufacturers, oddly, even to alcohol distilleries and cosmetic manufacturers geared towards easing the shortage of the product due to a sudden surge in its demand. As a result, on the 13th of March, 2020, the Ministry of Consumer Affairs, Food and Public Distribution, classified Hand Sanitizers as an "Essential Commodity", under the Essential Commodities Act, 1955.

It has now been inferred from several circulars and orders, issued by the Drug inspectors across the nation, that the sale of hand sanitizers would be restricted exclusively to dealers having drug licenses, which would curtail its sale, solely to medical shops and chemists. This would in turn severely affect the supply and availability of such an essential commodity, particularly when the need of the hour is to ensure a wider availability of sanitizers throughout every state, village and town.

Rule 61 of the Drugs and Cosmetics Rules, 1945, states, "(1) A license to sell, stock, exhibit or offer for sale or distribute drugs other than those specified in Schedules C, C (1) and X and by retail on restricted license or by wholesale, shall be issued in Form 20, Form 20A or Form 20B, as the case may be, provided that a licence in Form 20A shall be valid for only such drugs as are specified in the licence.'" Therefore, the Act, when interpreted with the Rules, provide that every drug stocked or sold in India, must be undertaken with a licence. Although, it is pertinent to mention that the Rules specifically provide for exemptions from the operation of certain provisions of the Act to a certain category of drugs. Rule 123 of the Rules state, "The drugs specified in Schedule K shall be exempted from the provisions of Chapter IV of the Act and the rules made thereunder to the extent and subject to the conditions specified in that Schedule."

The legislature, in its wisdom, deemed it necessary to make provisions for exemption from the rigor of drug licencing under the Act, to certain products for the purpose of stocking or selling. Entry 12 of Schedule K of the Rules state the class of drugs as, "Substances intended to be used for destruction of vermin or insects which cause disease in human beings or animals, viz. insecticides and disinfectants." The extent and conditions of this exemption are as follows: "The provisions of Chapter IV of the Act and Rules thereunder which require them to be covered by a sale license, subject to the condition that the provision of condition of Rule 65 of the Drugs and Cosmetics Rules, 1945 are complied with by the persons stocking or selling such objects." Accordingly, there is an exemption on disinfectants that permits them to be stocked and sold unescorted by a drug licence. However, it is notable that such an exemption is not unusual. Currently, several other drugs enjoy such exemptions, including the Oral Rehydration Salts, medicated dressings and similar class of products.

'Drugs', has been defined under Section 3 (b)(ii) of the Drugs and Cosmetics Act, 1940, as follows: "such substances (other than food) intended to affect the structure or any function of the human body or intended to be used for the destruction of vermin or insects which cause disease in human beings or animals, as may be specified from time to time by the Central Government by notification in the Official Gazette."

Disinfectants had to be given a wider meaning in order to take into account, all the chemical agents that would destroy or inhibit the growth of pathogenic micro-organisms. A broader and much objective interpretation of disinfectants will bring in its fold, several products including antiseptic lotions and sanitizers. The US Pharmacopeia (USP), one of the pharmacopoeias recognized under the Indian Law for drug quality standards, explicitly acknowledges 'disinfectant properties' of hand sanitizers. Further, a study conducted by the Centre for Disease Control and Prevention (CDC), reported that infection control instructions, call for the usage of alcohol-based hand rub solutions to inactivate the severe acute respiratory syndrome. It determined the virus activity of the "World Health Organization-recommended hand rub formulations", at full strength, concerning that of the dilutions and the active ingredients. All disinfectants demonstrated an efficient virus inactivation, leading to an assenting conclusion.

To boot, the 'Harmonized System Nomenclature', developed by the World Customs Organization, in its Chapter Heading 3808 had clarified that the group of disinfectants includes within its ambit, sanitizers, bacteriostats and sterilisers.

Therefore, the 'sanitizer' has received a Universal categorization as a disinfectant.

Additionally, the High Court of Kerala, in the case of Reckitt Benckiser v. State of Kerala, Crl. MC. No. 4997 of 2010, dated 24.03.2011, examined and recognized the disinfectant properties of specific formulations of antiseptic liquids containing alcohol and validated their ability to avail exemption from drug stocking and sale licensing available to disinfectants. The court was called upon to examine whether 'Dettol; was a disinfectant, exempting it from Section 18 of the Drugs and Cosmetics Act, 1940.

It was decided, with reference to item 12 of Schedule K of the Drugs and Cosmetics Rules, 1945, that the expression grounded in the substance intended to be used for the purpose of destruction of vermin or insects, which may cause a disease in human beings or animals, viz. insecticides and disinfectants. In the event of Dettol being a 'disinfectant', it falls under item 12 of Schedule K, in which case, by virtue of Rule 123 of the aforementioned Rules, Dettol would be exempted from Section 18 of the Act, constituting Chapter IV of the same.

Consequently, the fact that Dettol could be used for pre-operative preparation on a patient's skin or as antisepsis in obstetrics and midwifery and on external lacerations including cuts, stings or bites and scratches for an identical purpose of elimination of microorganisms, does not make it anything less but a disinfectant.

By the same token, the Andhra Pradesh High Court, in the case of Vijayakumar and Others v. Drug Inspector (Crl. Petition. No. 3400 of 2005), had decided that the product 'Savlon' is a disinfectant, for the purpose of the Act. It had been held that a chemical or mixture of chemicals of appropriate proportions for destructing or making inert, the microorganisms, would qualify as disinfectants.

Bearing in mind the above, the Ministry of Health and Family Welfare issued a notification, no. S.O.2451(E) dated 27.07.2020; stating its consideration on the multitude of representations from traders, which requested the Centre to include 'hand sanitiser' in Schedule K of the Drugs and Cosmetic Rules, 1945. With the centre adjudging it as a 'necessity' to make hand sanitizers available to public at large, legislations weathered the storm.

(The author is a lawyer practicing at the High Court of Kerala. Views are personal)