Does The Epidemic Diseases Act, 1897 Need An Overhaul? 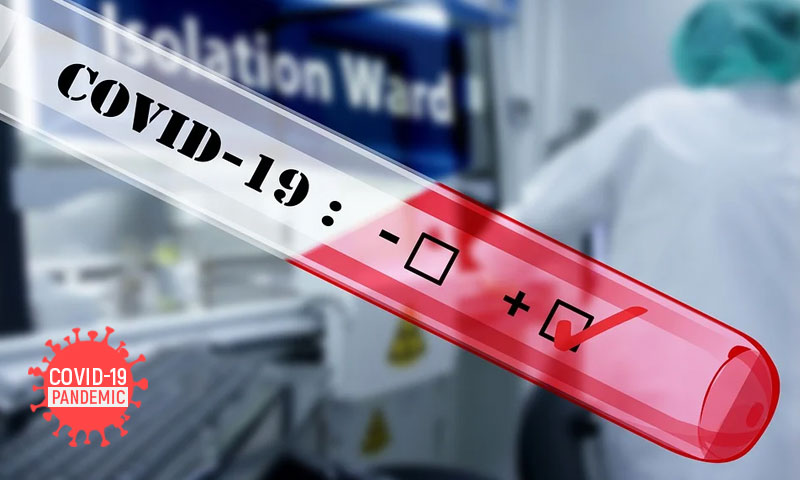 The law that is at the center stage of our life and times today is not the GST Act, not the IBC, not even the Constitution. Its the Epidemic Diseases Act, 1897 ("the Act"), an Act that the practicing lawyers knew little about till recently, is not taught in law schools, not important enough to find a place in a handy compilation of Central Civil Acts. But today, this is the Act to go...

The law that is at the center stage of our life and times today is not the GST Act, not the IBC, not even the Constitution. Its the Epidemic Diseases Act, 1897 ("the Act"), an Act that the practicing lawyers knew little about till recently, is not taught in law schools, not important enough to find a place in a handy compilation of Central Civil Acts. But today, this is the Act to go to.

By now, we know that it's an as short an act as it can be, of barely five sections (effectively, only one), doesn't have even a definition clause, is an "archaic", "colonial legislation" framed during the plague of Bombay of 1897.

The Act is rarely pressed into service, not that it has never been invoked. Speaking of the State of Gujarat, it was invoked in 2018 by the Collector of Vadodara to declare a Village as Cholera affected[1]. Earlier instances were in 2009 when a notification was issued under the Act to deal with Influenza A H1N1[2] and in 1994 when, the Act was invoked to declare the entire area of Surat Municipal Corporation as affected by Pneumonic Plague[3]. Other States would have similar instances.

Come 2020 and the State Governments resort to this Act to deal with COVID 19. A bare look at the Act shows that it is like a broad guideline leaving it all to the discretion of the States.

One might argue that what's wrong with this? Merely being a 123 year old legislation doesn't make it archaic. Look at Indian Penal Code of 1860, Indian Contract Act of 1872, Transfer of Property Act of 1882- all more than 100 years old ! It can also be argued that the Act in fact gives flexibility to States in making Regulations under the Act to devise their own strategies and responses in a given situation that would be peculiar to their conditions. This argument would find support from the fact that the State Governments, in March 2020 did come out with Regulations under the Act making detailed provisions like requiring all Government and Private Hospitals to have Flu corners to screen suspected cases, to record travel history, allowing only designated laboratories to take or test samples, providing for compulsory quarantine, sealing of a geographical area and the like[4]. Reading Regulations of different States comparatively is not attempted here. Suffice is to say that the States came with different responses as their administrations thought fit, that too in an urgent and unprecedented situation. Uniformity in national lockdown was brought in only with invoking of National Disasters Act, 2005.

The question is: Does the Act need an overhaul?

In an article "Epidemic Diseases Act, 1897, India: Whether sufficient to address the current challenge?" published in a Medical Journal in September, 2013, Binod K. Patro, Jaya Prasad Tripathy, Rashmi Kashyap said "Without a comprehensive public health Act, we are dependent upon old blunt instruments like Epidemic Act 1897 which is non-functional in itself. …… with the advent of emerging and reemerging infectious diseases and widespread global movement, the legal framework need to be strengthened under a sound public health law infrastructure under areas like isolation or quarantine of infected or suspected patients, travel or movement restrictions, prohibition of mass gatherings, closure educational and other institutions, compulsory vaccination, etc."[5] Needless to say, the Act does not provide for any of the above mentioned measures.

Repeal of the Act and/or its substitution by a better Act has been under consideration since last at least 20 years.

A Commission on Review of Administrative Laws set up with the approval of the Prime Minister on 8th May 1998, vide Office Memorandum No. K-11022/19/98-P issued by the Department of Administrative Reforms and Public Grievances under Shri P. C. Jain, Retired Secretary to the Government of India as its Chairperson, recommended repeal of the Act.[6] The Act figured at item 133 in Appendix A-1 which was a list of 166 Acts recommended for repeal by the Commission.

Prime Minister's Office vide its Order No. A-50011/05/2014-PME dated the 1 st September 2014 constituted a two members Committee under Shri R. Ramanujam, former Secretary PMO as Chairperson to identify the Central Acts which were not relevant or no longer needed or require repeal / re-enactment in the present socio-economic context. The committee suggested reenactment of the Act rather than its repeal. Chapter 10 of the report of the Committee was on Central Acts identified for re-enactment or review thereof. Item 8 of the said Chapter was on the Act. The committee noted that "the P.C. Jain Commission has recommended for its repeal at Sl. No. 133 of Appendix A-1 (166 Central Acts recommended for repeal). The Committee has deliberated on the repeal of this Act and feels that it needs to be re-enacted in view of today's socio-economic context than repealing it straight away as recommended by the P.C. Jain Commission."[7]

The Act was considered in the 248th report of the Law Commission of India headed by Justice A.P.Shah as its Chairperson[8]. Submitted in September 2014, the said report was on "Obsolete Laws : Warranting Immediate Repeal" (Interim Report) . The Commission found that 253 laws (listed in Appendix II) despite having been recommended for repeal in various reports still exist on the statute books. The Act is mentioned at item 64 of Appendix II as being recommended for repeal by P.C. Jain Commission. The Law Commission, however identified 261 Acts at Appendix V for further study with a view to assess suitability for repeal. The Act found a place in the said list at item 122.

The Law Commission in its said report did one more thing. Before proceeding on the identification of obsolete laws, it adopted a methodology to collate, classify and group "huge gamut of laws" based on the US approach of the 'title-method' and a closer look in the subject-classification adopted in the VII Schedule of the Constitution for allocating different subjects in three lists, Union/State/Concurrent. It created 49 subject categories and placed each Act in one of them. The Act finds place under the subject category of "public Health". And "Public Health" is a subject that finds its place in Schedule VII under state list at item 6 (public health and sanitation; hospitals and dispensaries).

The issue would be which legislature would be competent to repeal a pre-Independence Act on a subject that now falls in the State List?

The 248th report of Law Commission of India addresses it thus:

"4.2 One related question has been considered with respect to each statute studied – Which is the appropriate legislating body for repeal of these laws? This question is particularly relevant for pre independence laws passed by the Governor-General in Council, the subject matter of which now falls in the State list. The answer to this question has been determined with reference to Article 372(1) of the Constitution which says that pre-independence laws continue to remain in force unless amended or repealed by a competent legislature. Competent legislature in the Constitutional scheme refers to the legislating body that has the power to make laws on a particular matter under Article 246 read with the Seventh Schedule. This has been explained in Kerala State Electricity Board v. The Indian Aluminium Co. Ltd. [AIR 1976 SC 1031], which stated:

4.3 Similarly, in Kanwar Lal v. IInd Additional Distt. Judge, Nainital, [AIR 1995 SC 2078], the Supreme Court while considering amendments to the Government Grants Act, 1895, (a preconstitutional Central statute) held that the State Government was the competent legislature to amend or repeal this Act, since the subject matter of the Act fell into Entry 18 of List II.

4.4 Based on this reading of Article 372(1), it is clear that if the subject-matter of a pre constitutional law falls into the State List, the State Government is the competent legislature to repeal that Act. Act that It is now settled that a law can be repealed by a state govt if that is the competent authority to enact. Resultantly the Act can be amended or repealed only by State Governments."

Concerns have been raised from time to time from medicinal field as well emphasizing on need to have a comprehensive legal framework responsive to current challenges.

A legislation that is in sync with present day socio-economic and medicinal scenario is long overdue. The current crisis of COVID-19 has brought out the inadequacies of the Act and the need for a better legal framework. The coming time would be the best time to frame an effective law dealing with epidemics while the lessons learnt in dealing with current pandemic of this magnitude, a national lockdown, pressures on medical and hospital resources, unemployment, are still fresh and nagging. The challenge would be for the State Governments to work in concert to frame similar laws (we have examples in past in Land Reform Laws and Rent Control Laws), to frame a National Health Policy, a structured robust machinery at local, district, state and national level. The Act is aptly described as colonial. It is all about the power and reach of the state, the restrictions that a state can impose on its citizens. Lets hope that the legislation that would now be made, would have equal space for people's participation, rights of the citizens as also obligations and accountability of the state.

Views are personal only
Author is a Gujarat based Lawyer