E-Courts: Can They Be The New Normal? 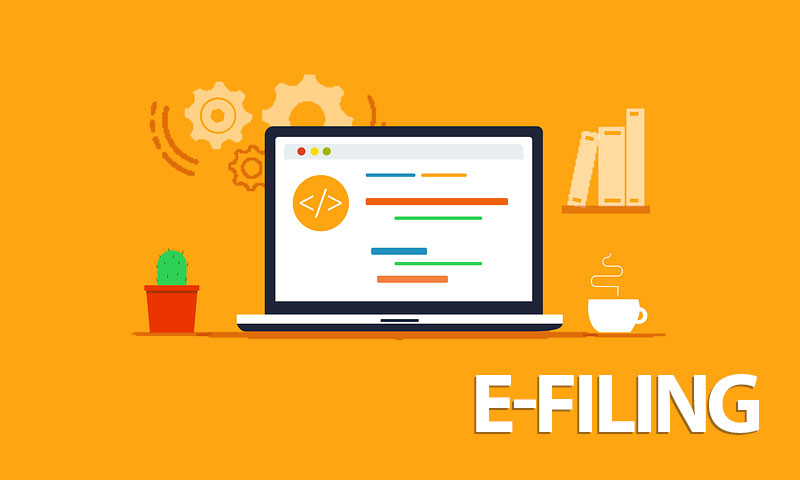 The COVID-19 pandemic has thrust E-courts upon us, without giving anyone a chance to consider the advantages or disadvantages of E-courts. The term 'E-courts' in this article includes electronic filing of pleadings/documents, courts convening by video conferencing, advocates advancing arguments remotely and judges delivering judgments by video conferencing. The thinking today seems...

The COVID-19 pandemic has thrust E-courts upon us, without giving anyone a chance to consider the advantages or disadvantages of E-courts. The term 'E-courts' in this article includes electronic filing of pleadings/documents, courts convening by video conferencing, advocates advancing arguments remotely and judges delivering judgments by video conferencing.

The Justice Delivery System consists of different layers, from the outside to the inside, namely, (a) access, (b) engagement, (c) hearing, (d) analysis and (e) judgment. Let us consider how E-courts affect each of these layers, one at a time.

E- filing of pleadings etc. vastly improves access to the Justice Delivery System because it makes it easy for the advocates/litigants to file pleadings, documents in courts from anywhere any time. Electronic filing also obviates the need of advocates/litigants physically travelling to the courts and instructing advocates at the place where the courts are situated. Digital documents reduce the costs of printing/photocopying and digitisation is environment friendly. Thus, digitisation through methods such as electronic filing, etc. vastly enhances 'access' (the outer layer) to the justice delivery system.

However, at the present time, there are practical, infrastructure related issues that plague E-courts, which seriously hamper access to justice. These range from the complicated maze of software systems used today for virtual courts, low and fluctaing bandwidth of internet connections used by the advocates, the compatibility of devices used for accessing the services etc which make it extremely difficult for parties to engage in a meaningful manner.

To elaborate, the Supreme Court uses 'Vidyo' software for VC ( virtual courts). The Delhi High Court uses 'Cisco Webex', the Bombay High Court initially used 'Vidyo', then 'Zoom'and now using 'Cisco Webex' software (some judges of the Bombay High Court use 'Microsoft Teams' for VC). In the Bombay High Court, sometimes the Advocates are asked to change from one software to another during the course of the day. There is no method to check the security of the various softwares that are being used. Another aspect is that Vidyo software does not run on certain operating systems (like 'Mac OS Catalina'). As on date, there is no integrated platform to conduct hearings in different courts, and this hampers greatly the functioning of the Justice Delivery System.

The way the litigants engage with advocates and the courts (but not the judges) is another area which needs attention. Digitisation improves the engagement between litigants and advocates. Litigants are able to hold virtual conferences with their Advocates for drafting pleadings, preparing evidence, etc. and this reduces costs and increases efficiency. Also, the quality of pleadings is also improved as advocates are able to access precedents available on e-libraries.

However, if one considers 'recording evidence' (which can be recorded by video conferencing) as part of engagement, then problems start to crop up. Firstly, when a witness deposes remotely, there is no way of knowing whether the witness is prompted, deposing without pressure, coercion or undue influence. It is also very difficult to exhibit documents, confront witnesses with documents, etc. during video conferencing. Also, it may be very difficult for courts/commissioners to record the demeanour of the witness. Justice Ravindra Bhat in a recent webinar ( organised by LiveLaw) has mentioned that the recording of evidence should not be left to Video Conferencing.

The main stakeholders in the Justice Delivery System are (a) Judges, (b) Advocates (c) Litigants and (d) the Public. The 'public', however, as a stakeholder in the justice system, is a concept that needs greater elaboration. Legal systems in democracies have evolved to include 'the public' as an important check and balance. The role that they play is one of a critical observer. The exclusion of public from the administration of justice such as hearing, passing of open court orders, observations of the judges would generate lack the confidence and may give rise questions about the objectivity, impartiality and fairness.

Subjecting to 'public scrutiny'is an essential concomitant of judicial functions. The large number of PILs entertained and 'suomotu' proceedings initiated by the courts would show that there are several cases wherein the public is interested. They closely follow the hearings/orders passed in those matters, because the judgments in such cases affect them directly. Often, the decisions in these matters, shape government policies.

Section 153B of Code of Civil Procedure mandates that the place of trial shall be deemed to be an 'open court' to which the public has access. It is the prerogative of the presiding judge to decide that a trial of any particular case may not be accessible to the public generally, such cases must be an exception.Similarly, Section 327 of the Code of Criminal Procedure provides that criminal courts generally, are deemed to be open courts to which the public have access. Only trials of offences relating to rape, etc.are required to be conducted in camera. Here too, proceedings are arean exception.

Further, in the case of Naresh Shridhar Mirajkar v. State of Maharashtra, (1966) 3 SCR 744, a nine judge bench of the Supreme Court has laid down that all cases brought before the courts, whether civil, criminal, or others, must be heard in open court. As far back as 1966,the Supreme Court has upheld the concept of open courts as being vital to the process of justice. In fact, the Supreme Court states that the advantages of open courts are so significant that 'there can be no two opinions' on the matter. Though the digital courts were never envisaged then, the principle is still binding.

Recently, in the case of Swapnil Tripathi v. Supreme Court of india, reported in (2018) 10 SCC 639, ( 'the live streaming of court proceedings case'), a three-judge bench of the Supreme Court has said that the principle of open justice encompasses several aspects that are central to the fair administration of justice and the rule of law. Article 145(4) of the Constitution mandates that no judgment shall be delivered by the Supreme Court, save in open court.

In Virtual Courts, the links are made available only to the Advocates appearing in that particular matter. In addition, some courts restrict the number of links that are forwarded to the advocates and litigants. The public has no access to the hearings. This also affects the several public interest litigations. Many court circulars say, recording of the hearing is strictly prohibited.

Judges analyse pleadings to arrive at a just judgment. Advocates play a major role in helping Judges to analyse thelaw and facts based on precedents. There are many short comings in this process. While during the course of arguments many a times the arguing counsel face difficulties to refer to pleadings and documents without the assistance of a colleague, and this is not possible in the current scenario of Covid.

Finally, there is much to evolve to create a 'feeling' of being part of a hearing when one participates in hearings conducted by video conferencing.The Advocates cannot 'feel' the reaction of the Judges to a particular point advanced by them or to a particular point of law being advanced by them.Video conferencing makes the hearing very 'transactional', when it should be a dialogue seeking the best possible outcome. This is applicable to the judges too. A critical aspect of justice is meaningful and thoughtful dialogue and analysis between lawyers and judges, while marshalling the best possible arguments and evidence. This requires 'full bandwidth communication' (and not communication limited to the bandwidth of the telecom provider) – something which is possible only in the physical presence of judges.

'Reflective thinking' by Judges is adversely affected in hearings conducted by video conferencing because the hearing itself is 'transactional'. This in turn, is likely to adversely impact the quality of judgments.

Therefore, E-Courts cannot be the new normal for ever. As the country opens up under a 'new normal' that consists of social distancing and protective attire amongst other measures, so too must courts resume open court hearings under this 'new normal'.

While some aspects of digitisation, carried out in a well thought out and uniform manner, such as e-filing, having hearings of procedural matters by video conferencing may benefit the justice delivery system in the long term, e-courts cannot substitute 'normal' courts without much preparation, because they may provide increased access to justice, but may in the final analysis, impact the quality of justice in our system.