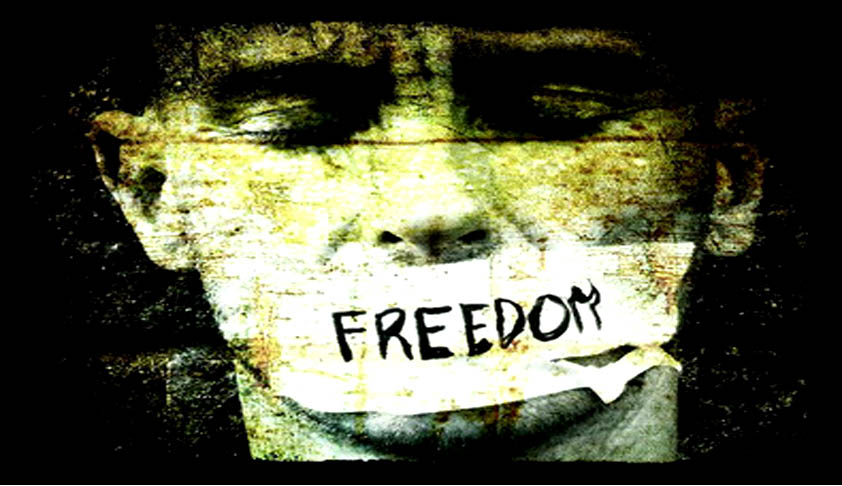 "Let's be clear: the work of science has nothing whatever to do with consensus. Consensus is the business of politics…. In science consensus is irrelevant. What is relevant is reproducible results. The greatest scientists in history are great precisely because they broke with the consensus." Michael CrichtonThe order passed by the Supreme Court on 31 March 2020 has...

"Let's be clear: the work of science has nothing whatever to do with consensus. Consensus is the business of politics…. In science consensus is irrelevant. What is relevant is reproducible results. The greatest scientists in history are great precisely because they broke with the consensus."

The order passed by the Supreme Court on 31 March 2020 has a implication, though unwitting, on the social, economic and scientific discourse on coronavirus pandemic and a potential for executive misuse. The Bench of Justice Nageshwar Rao and Justice Deepak Gupta issued notice on 3rd April 2020 on the petition filed by Harsh Mander regarding the conditions of the migrant labour despite the objections of the Union. This will allay and to a great extent blunt the initial reaction and criticism to the order. Lawrence Tribe in his magnum opus The American Constitution wrote, "the independent judiciary has a unique capacity and commitment to engage in constitutional discourse"

The litigation before the Court concerned the condition of lakhs of migrant labour fleeing hunger from the cities where they lost their jobs and livelihood. The Solicitor General appearing for the Union government informed the court that 21,064 relief camps had been set up by various State Governments and Union Territories. It was also assured that the migrant labour were given food, shelter, medication. However, the claims of the government, would in any democratic society have to be tested and this can be only by a free press, civil society and non-governmental agencies at work on the ground level.

The Court made a reference to WHO Chief Dr Tedros Adhanom Ghebreyesus's statement. Stating "we had not just fighting an epidemic; we are fighting and info to make. Fake news spreads faster and more easily than the virus, and is just as dangerous." It is not known in what context the statement was made and whether it was a call to arms against free speech. However, on his twitter account is a joint statement made by the WHO which reads, "We reiterate our firm view that only effective global cooperation can contain the potential human and economic toll of COVID-19. The limits of inward-looking policies are already patently clear,"

Taking the cue from the quote of Dr. Ghebreyesus, the Court observes "it is therefore not possible for us to overlook this man is a fake news either by electronic, print and social media". The Court stated "in particular we expect the media (print, electronic or social) to maintain a strong sense of responsibility and ensure that unverified news capable of causing panic is not disseminated." There can be no quarrel with this portion of the order which makes a case for adhering to journalistic ethics.

The difficult part of the order was the direction which followed, "we do not intend to interfere with the free discussion about the pandemic, but direct the media refer to and publish the official version about the developments."

If the press is free to air its views, how can they be mandated to endorse the government's version? Besides this direction can cause complications in the exercise of a free and fair discourse. What if a person, be it a scientist or a journalist finds scientific evidence contrary to the official version or a social worker or a lay person observes that the ground realities are not matching the official accounts?

Nobel Laureate Amartya Sen, had empirically demonstrated that ''No famine has ever taken place in the history of the world in a functioning democracy,'' [Democracy as Freedom', 1999]. Sen explained that democratic governments ''have to win elections and face public criticism, and have strong incentive to undertake measures to avert famines and other catastrophes. There has not been a large-scale loss of life since 1947.''

Sen detailed the catastrophic consequences of clamping free speech during the Great Bengal Famine of 1943 which killed three million people. It was widely assumed that the famine was caused by food shortages. Sen's research found that food production in Bengal had not declined. Rather, food prices had soared while farm wages had sagged, making it hard for rural workers to buy food. A free press and a government willing to hear could have averted this disaster. He wrote, "a free press and an active political opposition constitute the best early-warning system a country threaten by famines can have…… Not surprisingly, while India continued to have famines under British rule right up to independence …they disappeared suddenly with the establishment of a multiparty democracy and a free press."

Nobody understood it better than Mao Zedong. His 'Great Leap Forward' is believed to have contributed to the Chinese famine in 1958-61 killed 5 million Chinese. Mao admitted that "If there is no democracy and ideas are not coming from the masses, it is impossible to establish a good line, good general and specific policies and methods… Without democracy you have no understanding of what is happening down below; the situation will be unclear; ….top-level organs of leadership will depend on one-sided and incorrect material to decide issues"

FREE SPEECH IN THE CONTROL OF AIDS

The war against a pandemic is similar to a war against famine. Free speech is vital. The course of the Covid 19 is not dependent on what is published by the press or the media or the government It is the government, the media, the scientific community and everyone involved which is constantly following the trajectory of the pandemic in all its gory detail and exchanging vital information so essential to contain the hitherto unknown virus.

The war which was raged on HIV/AIDS which took 32 million is an illustrative case. This scourge has been brought under control with the help of free exchange of facts, data, information collected and disseminated between scores of scientists, doctors, politicians, journalists, civil society and social workers. Parallely, a war was being waged to bring down the extortionate cost of medication foisted by avaricious pharmaceutical companies. The cost of medication for HIV/AIDS in 2000 was $ 10,000 per year per patient which was brought down to $ 64 in 2016. But for this war waged by journalists, social workers , civil society and some rebel pharmaceutical companies drastically bringing down the cost of HIV/AIDS medication, the containing of this disease will have been impossible.

HOW WILL THE ORDER BE READ?

Will this order be read as constituting an element of pre-censorship? As early as 1950, in the case of Brij Bhushan v. State of Delhi, the East Punjab Public Safety Act 1950 was struck down as suffering the vice of pre-censorship. Then came one of the celebrated cases challenging the Madras Maintenance of Public Safety act 1949 by the noted journalist Romesh Thapar. The court struck down the Act and laid down the ground rules for encroaching into free speech, "unless a law restricting freedom of speech and expression is directed solely against undermining the security of the state for the overthrow of it, such a law cannot fall within the reservation of clause 2 of article 19" .

The history of the 1st Amendment to the Constitution which enabled the government to impose "reasonable restrictions" and how courts treated infractions is a fair indication of the contours of the power of the state on free speech.

Justice Deepak Gupta, Judge Supreme Court, in a remarkable speech delivered on 8 September 2019 distilled the rationale of free speech which surely is the compass for the way forward:

"New thinkers are born when they disagree with well-accepted norms of society. If everybody follows the well-trodden path, no new paths will be created, no new explorations will be done and no new vistas will be found. If a person does not ask questions and does not raise issues questioning age-old systems, no new systems would develop and the horizons of the mind will not expand."

The order passed on Harsh Mander's petition would allay the fears expressed. However, the order of 31 March 2020 of the Supreme Court perhaps requires a rethink or a clarification because it has, unwittingly, the potential of the executive using it to hit at the heart of not just democratic discourse, but also at how free and democratic societies scientifically engage which is so essential to conquer the greatest scourge of our times.

Author is a Senior Advocate at Supreme Court