Establishing A Fair E-Commerce Marketplace: The Goal May Still Beyond Reach 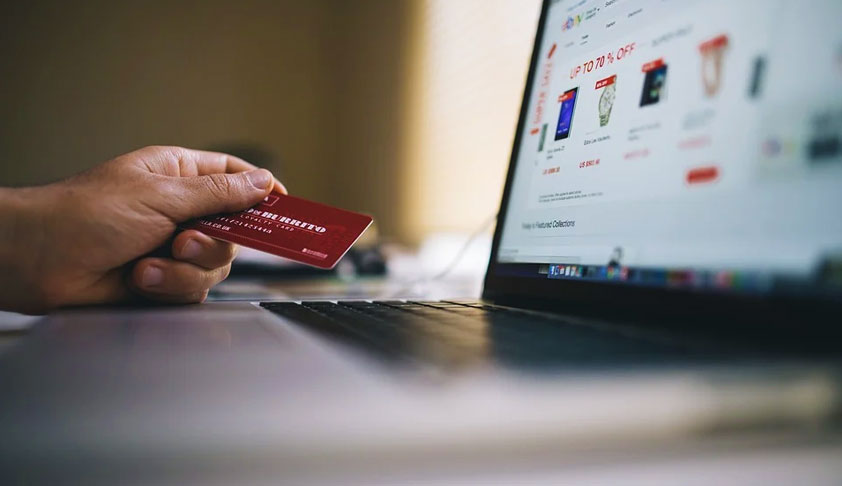 The new Consumer Protection Act, 2019 ["CP Act"] is being praised for introducing Rules to regulate the e-commerce entities in India. Although such e-commerce entities were impliedly governed by the previous Consumer Protection Act, 1986, what is truly remarkable about the CP Act is the introduction of provisions concerning product liability, trade malpractices, consumer...

Making discriminatory pricing by e-commerce entities per se an offence is a significant step, since despite its high prevalence due to the nature of online transactions, the previous statutory enactments had failed to make such practice directly a liability. Proving such discrimination will still be a Herculean task. Moreover, there is a noticeable lack of regulation with respect to behavioural advertising which is required to establish a fair e-commerce marketplace. Nonetheless, if the regulatory authority established under the CP Act undertakes its responsibilities with diligence, the legislative effort in ensuring this legislation sees the light of day shall not have gone to waste.

In algorithmic or dynamic pricing model adopted by e-commerce entities, a consumer is offered a different price every time he/she purchases a good or avails a service in the cyberspace. The most common example of dynamic pricing is Ola or Uber's pricing model, wherein the consumer has become acclimatized to not expect a fixed price for the cab services offered by these e-commerce entities. Other instances of dynamic pricing in the cyberspace can be encountered when one opts to buy a product from Amazon/Flipkart or wishes to purchase flight tickets. The prices under this model are determined by algorithms which purportedly reflect real time changes in demand and supply, or at least this is what the e-commerce entities want the consumers to believe.

However, research indicates that most of the e-commerce entities have been manipulating the algorithms so as to fix the prices in a manner detrimental to consumer's interests. Dynamic pricing would not per se be indicative of foul practices since it operates on the economics of demand and supply. It is when there is personalised or targeted pricing, i.e. when firms charge different prices to different consumers based on their "willingness to pay" that the algorithmic pricing becomes discriminative (¶¶16-18). The large amount of data collected in online transactions not only raises concerns about violation of privacy but also concerns about the misuse of information to exploit the consumers who may be in the same class. The authors contend that the CP Act allows curbing of such unfair trade practices.

Inadequacy of Previous Statutory Provisions To Deal With Price Discrimination

Incidentally, the Foreign Exchange Management (Non-debt Instruments) Rules, 2019 ["NDI Rules"], also prohibits manipulation of prices by the e-commerce entities. S. No. 15.2.3 of Schedule 1 of the NDI Rules reads as follows: -

"(m) E-commerce entities providing marketplace shall not directly or indirectly influence the sale price of goods or services and shall maintain level playing field."

The Enforcement Directorate ["ED"] has registered a case against Amazon and Flipkart. However, no report has been furnished by the ED since the registration of the case in March 2019. It is also important to note that this investigation relates to the circumvention of the FDI norms by the e-commerce entities.

Thus, it is only the CP Act which provides a mechanism to investigate into this conduct of manipulation of prices by the e-commerce entities.

Through the introduction of the Consumer Protection (e-commerce) Rules, 2020 ["e-commerce Rules"], the CP Act aims at governing the conduct of e-commerce entities. Rule 4(11) of the e-commerce Rules prohibits the e-commerce entities from manipulating the price of the goods or services offered by them. The same rule proscribes the e-commerce entities from discriminating between consumers of the same class. Such a conduct amounts to a "restrictive trade practice" as per §2(41) of the CP Act. Further, the Act also provides protection for the privacy of consumers. §2(47)(ix) defines "unfair trade practice" as "disclosing to other person any personal information given in confidence by the consumer unless such disclosure is made in accordance with the provisions of any law for the time being in force."

The dynamic and targeting pricing model would fall foul of the newly inserted provisions of the e-commerce Rules insofar as they discriminate between the users of the same class and amounts to manipulations of prices in order to gain unreasonable profit. Proving such discrimination is not easy. Previously as well, the National Company Law Appellate Tribunal merely accepted the fact of algorithm pricing in a case, without going into the question of whether there was any price manipulation for targeted pricing using algorithms (¶7). The CP Act presents a unique opportunity to take on such investigation.

The establishment of a Central Consumer Protection Authority ["CCPA"] to regulate matters which are prejudicial to the interest of consumers and to promote, protect and enforce the rights of consumers as a class under §10 of the CP Act means that consumers do not need to take on individual investigations themselves. §15 provides for the establishment of an Investigation Wing under the CCPA to conduct inquiry or investigation into conduct of entities indulged in unfair/restrictive trade practices. The CCPA has powers to call upon any person and direct him to produce a document or record in furtherance of the investigation (§19(3), CP Act). On the basis of the investigation, it also has the power to issue necessary orders to stop the continuation of such practices (§20, CP Act). Non-compliance with such orders results in a penalty (§88, CP Act).

One of the major issues with the enforcement of measures is that the CP Act does not prescribe time limits for the completion of investigation. For instance, §19 states that the CCPA can conduct preliminary inquiry on receiving a complaint or even suo moto, to determine if there is violation of consumer rights or unfair trade practices prejudicial to public or consumer interest, yet it does not state the time within which such inquiry should be completed. As stated previously, the e-commerce entities have already been escaping liability under the FDI norm violation because the ED has not given its report in over a year.

If the CCPA falls victim of bureaucratic laziness, the inquiry could go on for months and the inclusion of these provisions shall have been for naught. Without the CCPA's cooperation and support proving discriminatory pricing or violation of privacy will be a hassle for individual customers. Filing complaints before the Consumer Disputes Redressal Forums which are established under the CP Act would be a good alternative, however, the individual consumers will then have the burden of proving the discriminatory pricing without access to the broad investigative powers of CCPA.

The use of a consumer's electronic footprint to charge discriminatory prices based on their behaviour has been made an offence, however, use of such profiling to advertise by studying consumer behaviour which not only creates information asymmetries between the consumer and the professional, but also affects the free choice and autonomy of the consumer is left untouched. To escape liability, entities often present a one click contract that lays out the privacy policy and terms and conditions of the transaction. Thus, data is also collected through online transaction based on the use of contracts in which terms are unilaterally decided and are not based on informed consent or mutual common understanding.[1]

A study of the Unfair Contract Terms Council Directive 93/13/EEC which seeks to protect consumers against unfair terms in all types of business-to-consumer contracts shall be enlightening in this regard. The Directive regards terms which are not individually negotiated as unfair (Art. 3). Further, the Unfair Commercial Practices Directive 2005/29/EC defines "undue influence" as exploiting the position of power to apply pressure without the use of physical force to limit the consumer's ability to make an informed decision. These provisions have the ability to regulate behavioural advertising so that vulnerable consumers are not targeted in the European markets. However, hitherto no equivalent regulation exists in India.

The new CP Act makes individualised discriminatory pricing an offence and has the potential to establish an ethical e-marketplace in India. With 1/7th of the world's population in India, it is a marketplace in which regulatory actions shall have an impact on business models of the e-commerce entities that are vying for a share in the Indian market. This is the chance to establish good standards if the CCPA steps in to take action.

The lack of timelines for completion of investigation may prove to be a thorn in the side in the future. Robust protection of consumer rights is still dicey considering the lack of regulation when it comes to behavioural advertising. While establishing a fair e-commerce marketplace in the Indian sphere may still be a long way to go, implementation of the CP Act with a proactive CCPA shall be a major step in that direction.

Views are personal only.
(Authors are graduate students of National Law University Jodhpur)