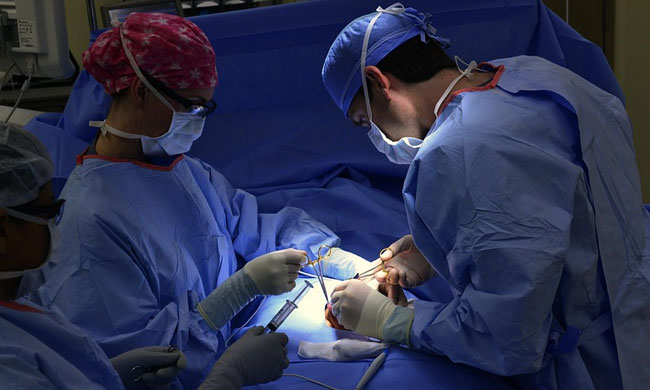 Doctors were equated with God in traditional India. But, this doctor-patient relationship has altered substantively over time. There has been a rise in medical negligence cases with development of technology and convolution of medical procedures. COVID – 19 has increased medical interaction across the country. In such circumstances, the possibility of increase in petitions on...

Doctors were equated with God in traditional India. But, this doctor-patient relationship has altered substantively over time. There has been a rise in medical negligence cases with development of technology and convolution of medical procedures. COVID – 19 has increased medical interaction across the country. In such circumstances, the possibility of increase in petitions on medical negligence, for good or for bad, is not unforeseeable. The jurisprudence around criminal medical negligence is credited to the Supreme Court through 3 primary cases – Suresh Gupta[1], Jacob Mathew[2] and Dr. Praful Desai[3].

Under tortious negligence a doctor may be asked to pay compensation and damages while under criminal negligence (sec. 304A, IPC) he may be awarded imprisonment or fine. There are 3 primary ingredients constituting negligence (i) duty of care (ii) breach of duty (iii) subsequent injury. For a case to qualify as criminal negligence there has to be either gross negligence or rashness endangering life. Culpable rashness is acting with the consciousness that mischievous and illegal consequences will follow, but with a hope against it and the belief that the actor has taken sufficient precautions to prevent it. [4] Culpable negligence is acting without any consciousness that illegal and mischievous consequences may follow.

Every act of the doctor cannot be treated as criminal. When death occurs merely due to a misplaced judgment or an accident no criminal liability is attached. Inadvertence to a degree of care and caution, which isn't gross, only attracts civil liability. Bolam's test determines the standard of care to be exercised by a medical practitioner i.e. standard practiced by a reasonably competent doctor exercising due care as per his qualifications.[5] A doctor cannot be held liable for the lack of care, error of judgment or accident until he follows the practice acceptable to the medical profession of that day. He cannot be held liable if he had a better alternative or if a more skilled doctor would have chosen another path. The standard is that of an ordinary person, possessing ordinary skill. This standard of care is as per the knowledge at the time of the incident and not when the trial is initiated. Where the doctor has some special skill or competence, negligence is not measured as per the man on the top of Clapnam Omnibus, but as per the standard of an ordinarily skilled professional.[6] Honest differences in opinions do not infer negligence. It is important to differentiate between medical accidents; diffusion of responsibility and culpable conducts.

Doctors usually take a defence under sec. 80 and 88 of the IPC, contending that in surgical operations there is always a scope for an accident or misfortune, and the patient willingly runs the risk. Sec. 80 applies only when proper care and caution are taken. Breach of duty of care in negligence cases renders this defense inapplicable. Sec. 88 applies when the procedure is risky and the harm caused is a result of the risk. In surgeries where there is unidentified scope for extensive risk, this defense cannot be taken.

Aggrieved parties may approach the court via a private complaint or through an FIR. A private complaint under medical negligence will be accepted by court only when the complainant has produced prima facie evidence by another equally competent doctor that the act or omission qualifies as gross negligence or recklessness. The investigating officer as well, before proceeding against the accused must obtain the opinion of an independent medical professional, preferably a government medical officer. A doctor is not to be routinely arrested unless it is quintessential to further investigation. [7]

It is pertinent to note that sec. 304A in itself does not mention the word "gross". It has been read by the judiciary into criminal negligence while differentiating it from the tort of negligence. The judiciary, with the development of jurisprudence on medical negligence has attempted to balance wrong done to the patient against autonomy of doctors. After Suresh Gupta, Jacob Mathew and Dr. Praful Desai the balance has tilted in the favour of the doctors. An extremely high degree of culpability is needed to hold a medical professional liable for criminal negligence. The rationale, arguably rightly, herein is if doctors were held criminally liable for everything that went wrong, they would be worried about their own safety rather than the patient's. COVID-19 being a novel disease to the world at large, resting primarily on the intellect, judgment and experience of doctors, successfully establishing criminal medical negligence in courts, in cases apart from those of a blatant lack of care by the hospitals or doctors (such as no ventilators or empty oxygen cylinders; with limited supply of ventilators, this too stands to be seen), can very easily be envisaged as a herculean task.

(The author is a practicing advocate in Gujarat and a graduate of NLSIU, Bangalore,can be reached at : [email protected])