Evolution Of The Model Code Of Conduct 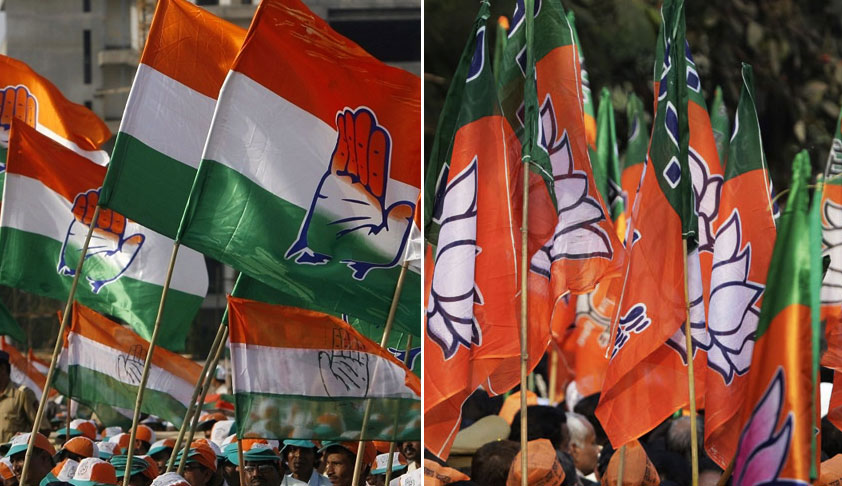 The Election commission of India, recently, i.e. in March, announced the Model Code of Conduct, 2019 for the upcoming General Assembly Elections. Since we are not faraway form general election, I make an attempt to explain the historical evolution of the Model code of conduct, the challenges faced regarding its legality and the key highlights of the 2019 Model Code of Conduct...

The Election commission of India, recently, i.e. in March, announced the Model Code of Conduct, 2019 for the upcoming General Assembly Elections. Since we are not faraway form general election, I make an attempt to explain the historical evolution of the Model code of conduct, the challenges faced regarding its legality and the key highlights of the 2019 Model Code of Conduct (hereinafter referred to as 'MCC').

HISTORY OF THE MODEL CODE OF CONDUCT

According to a Special release of the Press Information Bureau dated 28th February, 2014 in relation to evolution of the MCC, the MCC was for the first time adopted or observed by political parties during the general elections to the State Legislative of Kerela in February 1960 .A draft code was prepared by the approval of all the political parties of the State and the said code contained important provisions relating to electioneering, speeches, slogans etc. This code was then circulated to various States during the assembly elections and the simultaneous Lok Sabha elections, both conducted in 1962, for the proper conduct of elections in a fair and peaceful manner. During the mid-term general elections in several states in 1968 and 1969, the Election Commission prepared a document on minimum standard of conduct and behavior, entitled 'Role and Responsibilities of Political Parties during Elections: An Appeal to Political Parties for the Observance of a Minimum Code of Conduct during Election Propaganda and Campaign' and placed the same before the political parties during the meetings held in each state.
[1]In 1974, the Election Commission revised the existing Model Code of Conduct and directed the Chief Electoral Officer to constitute a district level standing committee under the chairmanship of the District Collector with representation from all political parties to monitor the implementation and to keep a check on the violation of the Model code of Conduct.

The MCC has drastically evolved since its inception in 1960 in terms of its applicability, enforceability and has evolved in becoming a powerful tool in the hands of Election Commission of India to conduct fair and peaceful elections across the country.

Legality of the Model code of Conduct

Before venturing into the detailed discussion of the present MCC issued by the Election Commission of India it is would be apt to understand the legality of the same, though, as a matter of fact the MCC bears no statutory backing and remains unenforceable.

The Election Commission is empowered under the Constitution of India under Article 324 to superintend, direct and control the elections taking place in the center and the states. Article 327 to 329 enable the Parliament & the State legislature to make laws in relation to the matters with relation to the election at the Center or the State Legislature. The Representation of People Act, 1950 and the Representation of People Act, 1951 have been enacted under Article 327 by the Parliament to deal with all aspects of the conduct of election and post-election disputes.

Thus exercising the power under Article 324 the election commission issues Model Code of Conduct at the time of the announcement of the dates of the elections and the same remain valid till the time the results of the Parliamentary elections or the state legislature are not completed.

Though time and again it has been agued with regards to providing a statutory backing to the model code of conduct and with regards to the same even a Parliamentary Standing Committee On Personnel, Public Grievances, Law And Justice (vide its report dated 23rd August 2013) had, amongst other recommendation with relation to Electoral reforms, strongly recommended that some provisions of the MCC be given statutory backing by including the same under the Representation Peoples Act or the rules framed thereunder. However, apart from certain provisions of the MCC, which derive enforceability from certain enactments such as Section 123 (3A), 123, Section 133 of the Representation of the People Act, 1951, Section 171B of the Indian Penal Code etc., the rest remain unenforceable.

KEY HIGHLIGHTS OF THE MODEL CODE OF CONDUCT

MCC for guidance of political parties and candidates is a small but unique document. It is segregated into the following 8 parts:

2. The MCC further talks about the appointment of District Media Certification and Monitoring Committee (MCMC) for pre-certification of election advertisements as in case of TV channels / cable network, radio including private FM Channels, cinema halls, audio-visual displays in public places, social media and monitoring the general conduct of political functionaries during campaign.

3. The MCC also included the bulk SMSs/Voice messages on phone in election campaigning are also within the purview of pre-certification of election advertisements as in case of TV Channels / Cable Network, Radio including private FM Channels, Cinema Halls, Audio-Visual displays in public place and social media.

4. The Election commission after the judgment of the Supreme court in S. Subramaniam Balaji Vs Govt. of Tamil Nadu and Others has framed guidelines for political parties whereby the parties were directed to avoid making those promises which are likely to vitiate the purity of the election process or exert undue influence on the voters in exercising their franchise.

6. The MCC provides that No advertisements shall be issued in electronic and print media highlighting the achievements of the Govt. at the cost of public exchequer. If any advertisement has already been released for telecast/broadcast or publication in the print media, it must be ensured that telecast/broadcast of such ads on electronic media is stopped forthwith and that no such ad is published in any newspapers, magazines, etc., i.e. in print media, from the date of announcement and it should be immediately withdrawn.

Apart from the above, the Election Commission has issued various standing orders/instructions from time to time to ensure the proper conduct of elections in the country in a fair and peaceful manner.