Evolution Of Seniority Convention And Appointment Of Chief Justice Of India 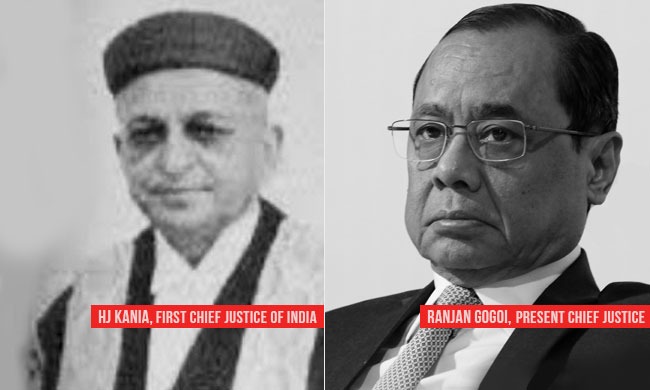 II. THE SOURCE OF THE SENIORITY PRACTICE AND ITS ORIGINS

III. THE MEANING OF A CONSTITUTIONAL CONVENTION AND ITS DISTINCTION FROM A PRACTICE

It is worth noting that the Law Commission in its Fourteenth Report specifically refers to the method of appointment of the Chief Justice of India quite consciously as a "practice" not a "convention" and in fact specifically emphasized the need to establish a "healthy Convention."
[44] However, authorities on Constitutional Law such as Seervai have called the method of appointment a "convention."[45]Granville Austin has described it as a "convention of promotion by seniority"[46] and had even gone to the extent of calling it "an unwritten law"[47]. While, Gadbois uses the same term used in the Fourteenth Law Commission Report and referrers to it as "a practice."[48] It would be necessary to understand the meaning of the term "convention" and "conventions of the Constitution" or "Constitutional Conventions" and its distinction from a practice.
Conventions are "rules that define major non-legal rights, powers and obligations of office-holders in the three branches of Government, or relations between the Government and organs of Government."
[49] They supplement the legal rules of the constitution, define practices of the constitution and provide "the flesh which clothes the dry bones of the law."[50] According to Hilaire Barnett, "A Constitutional Convention is a non-legal rule which imposes an obligation on those bound by the convention, breach or violation of which will give rise to legitimate criticism; and that criticism will generally take the form of an accusation of 'unconstitutional conduct.'"[51] Since they are "non-legal rules," they can only be recognized by Courts and the Courts do not have the jurisdiction to enforce these convention rules; therefore, there is no question of a breach of a convention since they are unenforceable.[52]
A.V. Dicey in his lectures on "The Law of the Constitution" states that "conventions of the constitution" "looked at as a whole are customs, or understandings as to the mode in which the several members of the sovereign legislative body" namely "the King in Parliament" "should each exercise their discretionary authority."
[53] They are "in short rules intended to regulate the exercise of the whole of the remaining discretionary powers of the Crown"[54] According to Dicey, Constitutional Conventions are mainly rules for governing exercise of "prerogative" which means the remaining portion of the Crown's original authority which can be exercised at the Crown's discretion.[55] They consist of "customs, practices, maxims, or precepts which are not enforced or recognized by the Courts" and they do not make up a body of laws but of "constitutional or political ethics."[56] Customs, practices, maxims or precepts are components or parts of Constitutional Conventions but independently they cannot be termed as Constitutional Conventions.
The difference between a Constitutional Convention and a practice has been aptly put forth by Barnett who is of the opinion that Dicey's definition of conventions is inaccurate as it suggests that conventions are of the same quality as "understandings, habits or practices."
[57]According to Barnett conventions are conceptually different from "habits or "practices" in the sense that these concepts do not prescribe or dictate "what ought to happen but are merely descriptive of what in fact does happen."[58] A practice is "a usual or customary action or proceeding."[59] It basically means that it the usual way of doing a particular thing in a particular way which due to past experience has become the correct way of doing something and unless there are "justifiable reasons" the practice must be adhered to.[60] A practice is no more than an "emergent or potential convention and has not yet acquired the binding characteristic of a rule."[61] A practice followed over a period of time evolves into a Convention.[62] It is therefore misleading to refer to any existing constitutional practice as a convention.[63] The distinction between a practice and a Constitutional Convention can be drawn on the basis of the concept of obligation and rule. While a practice imposes a weak obligation, a constitutional convention imposes an absolute obligation.[64] Further, a justification is required to deviate from a practice, however, if a Constitutional Convention is not followed, a charge of unconstitutional conduct can be levied.[65]

IV. THE EVOLUTION OF THE SENIORITY PRACTICE INTO A CONSTITUTIONAL CONVENTION

The evolution of the seniority principle from a practice to a convention has been a slow and steady process not without any hiccups along the way. The supersessions of 1973 and 1977 though unjustified, did give impetus to the Supreme Court to eventually hold in 1993 that the appointment of the senior most Judge of the Supreme Court as the Chief Justice of India is a Constitutional Convention, albeit with the incorporation of the fitness criterion. Considering the fact that the Supreme Court of India is only in its 69th year, it would be too soon to conclude that the seniority convention for the appointment of the Chief Justice of India has stood the test of time. But it is certainly clear that this seniority convention is now an integral part of Constitutional Law in India. The Constitution of India like all Constitutions of the world is an organic document; however, its evolution cannot be possible without a firm foundation. Foundations cannot be solidified without the help of Constitutional Conventions. And this is why a Constitutional Convention, should be zealously guarded and preserved, particularly when it concerns the appointment of the Chief Justice of India.

The Author is an independent practitioner in the Bombay High Court. He can be contacted on [email protected]

Provided that the President may require the Council of Ministers to reconsider such advice, either generally or otherwise, and the President shall act in accordance with the advice tendered after such reconsideration.

(2) The question whether any, and if so what, advice was tendered by Ministers to the President shall not be inquired into in any court.

[11]Article 124 (2)- Every Judge of the Supreme Court shall be appointed by the President by warrant under his hand and seal after consultation with such of the Judges of the Supreme Court and of the High Courts in the States as the President may deem necessary for the purpose and shall hold office until he attains the age of sixty-five years: Provided that in the case of appointment of a Judge other than the Chief Justice, the Chief Justice of India shall always be consulted:

[13] The Indian High Courts Act 1861 was the first Act that was enacted to establish the Charter High Courts in Bengal and at Madras and Bombay and several other Presidencies. Section 5 reads thus:

[19] Ibid page 26, 28. According to Dr. Chandrachud, with the appointment of Shah Muhammad Sulaiman as the first Indian Chief Justice of the Allahabad High Court, between 1932 and 1946, "the seniority convention appeared to have been followed for the next two chief justices." With respect to the Patna High Court, the seniority convention was followed between 1943 and 1950.

Section 200 Establishment and Constitution of the Federal Court- (1) There shall be a Federal Court consisting of a Chief Justice of India and such number of other judges as His Majesty may deem necessary, but unless and until an address has been presented by the Federal Legislature to the Governor-General for submission to His Majesty praying for an increase in the number of judges, the number of puisne judges shall not exceed six.

[37] Granville Austin, Working A Democratic Constitution, A History of the Indian Experience, Oxford University Press, Eleventh impression 2013, page 134. There is no reference to how the "unwritten law" had developed or originated

[38] Ibid The said incident was narrated to Granville Austin by Mr. P.K. Chatterjee who was an Advocate practicing in the Supreme Court and whose family was on friendly terms with Justice B.K. Mukherjea's family.

[66] The tenures of the respective Chief Justices have been reproduced from the official website of the Supreme Court of India. https://www.sci.gov.in/chief-justice-judges (Last Visited on 21-1-2019 at 5:25 PM)

[72] Ibid page 729, 730. The other grounds of challenge were that the mandatory consultation comprehended was not made thereby violating Article 124(2) of the Constitution and that the appointment was mala fide