Fedaralism And India's Fight Against Covid - 19 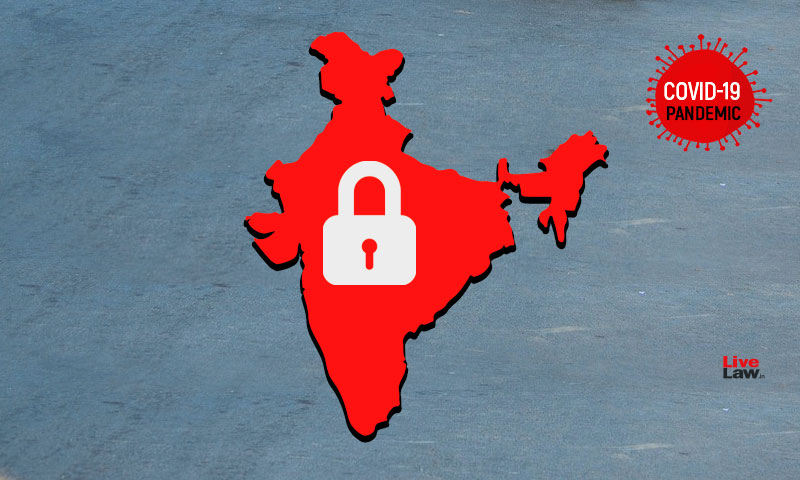 Introduction India and the world are today faced with an unprecedented crisis – the Covid-19 virus is spreading rapidly and very little is known as to how it is to be defeated and when it would end. Its propensity to spread quickly and without knowing borders makes it essential that the fight against the virus be carried on in a similar fashion – without recognising state borders...

India and the world are today faced with an unprecedented crisis – the Covid-19 virus is spreading rapidly and very little is known as to how it is to be defeated and when it would end. Its propensity to spread quickly and without knowing borders makes it essential that the fight against the virus be carried on in a similar fashion – without recognising state borders and in a rapid and unified manner. In that scenario, a question that would have troubled a lot of people would have been (and perhaps continues to be) as to how India's federal structure of governance would deal with the problem. Doomsayers had predicted that India would fare badly in the fight, largely on account of different State Government's pulling in different directions. What we have seen in the last about one month has been comfortingly contrary to expectations – in an example of cooperative federalism, the Central Government seems to have taken a strong lead and most State Governments appear to have taken equally strong willed and determined action pulling in the direction suggested by the Central Government (of course, with their own positive modifications). How has this been possible? Even in countries like the United States of America, some States have disagreed, very vocally, with the Federal Government which, as per media reports, has led to a mismanaged and fractured strategy to take on the virus.

While it remains to be seen whether the steps taken by the Central and State Governments bear fruit, this article aims to take a brief look at the implications of India's 'federal' structure in the context of the fight against Covid-19.

Is India 'Federal' in its purest sense?

The Supreme Court of India has held in Bir Singh Vs. Delhi Jal Board and Ors., (2018)10 SCC 312, observed that the federal nature of the Constitution finds broad manifestation in two principle areas i.e. division of legislative power and exercise thereof by the Union and the constituent States and secondly, is the constitutional provisions relating to services under the Union and the States as dealt with in Part XIV of the Constitution.

In terms of Article 73, the executive power of the Union Government extends to subjects over which the Parliament of India may make laws. Similarly, under Article 162, the executive power of the State Government extends to areas where the State Legislature may make laws. The legislative power in so far as public health and police [the two areas which have been most critical in India's fight against Covid-19] lies, in ordinary circumstances, with the State Legislatures [Entries 2 and 6 respectively of the 7th Schedule of the Constitution] . Aspects such as Inter-State Quarantine fall within the legislative competence of the Parliament of India [Entry 81 of List 1 of the 7th Schedule]. Consequently, the executive powers of the State Governments in terms of Article 162 of the Constitution of India, extends to both police and public health.

Without taking away from the efforts of each State Government, what is however crucial is that, for the reasons explained briefly below, the Indian system of legislation and governance, although federal – is marked by a pronounced lean towards the Union [this is very unlike the system in the USA where the powers of the State Government are far more pronounced and autonomous]. As far back as in 1964, the Supreme Court of India came to decide the case of State of West Bengal Vs. Union of India, (1964)1 SCR 374 which cleared the air on the extent Indian states are autonomous. It was argued on behalf of the State of West Bengal that it enjoyed large elements of sovereignty and that therefore the Union Government did not have the power to acquire its land. The Supreme Court made the following succinct observations:

"26.... Legal sovereignty of the Indian nation is vested in the people of India who as stated by the preamble have solemnly resolved to constitute India into a Sovereign Democratic Republic for the objects specified therein. The Political sovereignty is distributed between, as we will presently demonstrate the Union of India and the States with greater weightage in favour of the Union."

What was however left unsaid was that as per the specific letter of the Constitution itself, there was ample power with the Parliament of India and the Government of India to interfere with or guide the workings of the State Governments (either directly or through the appropriate use of pressure points built into the Constitution) if the situation so demanded. Articles 356 [Provisions in case of failure of constitutional machinery in the State], Article 355 [Proclamation of Emergency in case of war, external aggression, rebellion, etc.], Article 360 [Financial Emergency], etc. are examples of situations where the Govt. of India virtually takes over the functioning of the State Governments. In fact, in terms of Article 249, if the Rajya Sabha were to so resolve with a two-thirds majority, the Union Parliament can legislate on any matter entered in List 2 of the 7th Schedule [matters which are otherwise in the domain of the State Legislature]. Last but not the least, the State Governments are heavily dependent on the Govt. of India for their finances [especially after the Constitution (101st Amendment) Act, 2016]. All of this makes it very difficult for the State Governments to completely ignore directives and suggestions issued by the Central Government.

It is now therefore fairly widely accepted that the federal structure in India weighs heavily in favour of the Union legislature and Union Government and what is expected of the States vis-a-vis the Union is a sense of cooperative federalism. Although the provisions of Financial Emergency, Internal Emergency or External Emergency have neither occurred in the present scenario, nor have these powers been exercised, it is perhaps the imbalance in favour of the Union and the existing pressure points that has allowed the Central Government to direct the strategy and for India to have a unified approach to fighting the Covid-19 crisis. While nothing can take away from the efforts of the States which have fought the battle hand in hand with the Union Government, the constitutional powers available with the Union legislature could well have been a catalyst in the various governments adopting a more or less unified approach to this war.

The Role of the Disaster Management Act, 2005 and the Epidemic Diseases Act, 1897

In the present crisis, the Government of India appears to have used the route available under the Disaster Management and the Epidemic Diseases Act to ensure a pan India approach to tackling the problem. After invoking the Disaster Management Act, the Central Government communicated to various State Governments that the NDMA has exercised its powers to issue directions to the State Authorities. An Order issued on 24.03.2020 states that it is issued under Section 6(2)(i) and a slew of directions were issued under Section 10(2)(l) of the Act. Curiously, Section 6(2)(i) only allows the NDMA to formulate policy and therefore appears to be largely advisory in nature. Section 10 (along with the penal provisions in the same Act) seems to be the provision which gives some muscle to the guidelines issued by the NDMA. Section 10 enables the National Executive Committee of the NDMA to take steps to ensure compliance with the directions issued by the Central Government for the purpose of disaster management as also to give directions to the State Governments.

It was this order dated 24.03.2020 and subsequent modifications to the same which set in motion the 'lockdown' which is often referred to as the largest lockdown in the world. The annexure to the Central Govt. order sets out in great detail as to what is permitted to be kept open and what is to be kept closed. State Governments seem to have more or less followed these guidelines, often by using the provisions of the Epidemic Act. They have of course added value by issuing additional guidelines depending on the local flavour of the situation, as is expected from State Governments. It is of course worthy of note that in addition to the specific provisions of the Disaster Management Act, directions may also be issued by the Central Government under Article 256 of the Constitution of India (to ensure compliance with laws made by the Parliament). Fortunately, so far, the Country does not appear to have been faced with a situation where the efficacy and effectiveness of these guidelines were tested by a State Government unwilling to follow them.

It is becoming increasingly clear that the fight against Covid-19 is not going to be an easy or a fast one. However, in the vast dark clouds, the silver lining appears to be the will with which India is fighting back in a unified and determined manner. The role of the governments (Central and State Governments) cannot be overstated. This crisis has made it evident that the Constitution of India, while allowing sufficient leeway to the State Governments to govern, has also made sufficient allowance for the Central Govt. to ensure a unified approach to deal with a crisis of this magnitude. So far, in spite of the odd differences of opinion, co-operative federalism seems to have triumphed.

(Author is Advocate on Record at Supreme Court)