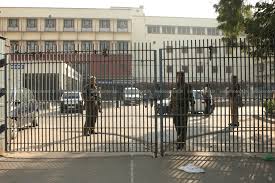 "The fault, dear Brutus, is not in our stars, but in ourselves, that we are underlings." The brutal custodial killing of the father and son in Tamil Nadu has not only triggered a public outcry against the police which continues to function under colonial law and with a colonial mindset but has also raised serious questions about our judicial magistracy and its...

"The fault, dear Brutus, is not in our stars, but in ourselves, that we are underlings."

The brutal custodial killing of the father and son in Tamil Nadu has not only triggered a public outcry against the police which continues to function under colonial law and with a colonial mindset but has also raised serious questions about our judicial magistracy and its functional attitude towards custody jurisprudence. The family of the deceased has accused the judicial magistrate of sending them in custody without applying his mind. Many people including civil society believe and rightly so that P. Jayaraj and his son J. Bennix would have been alive today, had the Sathankulam judicial magistrate applied his judicious mind and not acted mechanically. Many human rights organizations have requested the Chief Justice of Madras High Court to order an inquiry against the judicial magistrate so that the truth could be unveiled.

The Judicial Magistrates being the courts of first resort and judiciary's first interface with citizen have higher responsibilities to protectively guard personal liberty and rights. Investigation, which is known for police excesses, forms the foundation for the superstructure of the trial. Any faux pas in investigations and an unjust prosecutions can only be effectively checked by magisterial vigil, right from lodging of FIR, arrest, bail, remand and later even after filing of police report. Magisterial check on police power therefore is the pressing desideratum. The judicial magistrates play a very important role in adjudication of the remand applications filed by the police. They have a statutory duty to examine the accused whenever the police produces accused before them. If they discharge their functions judiciously, they can make a visible contribution to minimize the incidents of custodial violence. This is a fundamental requirement to strengthen the rule of law and constitutionalism in the country. The judicial magistrates have to act independently without any outside influence. They are not subject to the disciplinary control of the government rather, they are expected to act as guardians of the rule of law and act fearlessly.

Time and again, the Supreme Court of India has issued certain directions/guidelines for the judicial magistrates regarding the custody jurisprudence particularly grant or refusal of remand. In Manubhai Ratilal Patel v. State of Gujarat, (2012), the Supreme Court has clearly stated the nature and significance of magisterial function in following words: The act of directing remand of an accused is fundamentally a judicial function. The Magistrate does not act in executive capacity while ordering the detention of an accused. While exercising this judicial act, it is obligatory on the part of the Magistrate to satisfy himself whether the materials placed before him justify such a remand or, to put it differently, whether there exist reasonable grounds to commit the accused to custody and extend his remand. The purpose of remand as postulated under Section 167 is that investigation cannot be completed within 24 hours. It enables the Magistrate to see that the remand is really necessary. This requires the investigating agency to send the case diary along with the remand report so that the Magistrate can appreciate the factual scenario and apply his mind whether there is a warrant for police remand or justification for judicial remand or there is no need for any remand at all. It is obligatory on the part of the Magistrate to apply his mind and not to pass an order of remand automatically or in a mechanical manner. Earlier in case of Madhu Limaye, the Supreme Court stated that once it is shown that the arrests made by the police officers were illegal, it was necessary for the State to establish that at the stage of remand, the Magistrate directed detention in jail custody after applying his mind to all relevant matters. The Supreme Court once again affirmed these principles recently in Arnesh Kumar v. State of Bihar (2014) and ruled that decision to detain and remand is not a mechanical act and a remand order has to be a reasoned order and should reflect due application of mind. Unfortunately, the judicial magistrates are least concerned about these directions and take it very casually. In a deeply entrenched, but no less despicable practice, Magistrates customarily grant remand for 15 days, that being the maximum permissible at a time without reflecting independently on the fact whether it is required or not. Each day's remand ought to be justified in order to be granted. This casual approach of magistracy encourages the police to take the judicial system for granted. Judicial magistrates hardly confront the police on these issues despite having all the necessary powers under law. They should be more cautious while granting remand of the accused as it seriously affects the personal liberty and dignity of the people that is protected under Article 21 of the Constitution. A casual approach frustrates this constitutional mandate.

The Judicial Magistrates, to borrow the expression of Lord Atkin, ought to avoid being more executive-minded than the executive and consider the question of bail/release by special order on the first production suo motu. The fact that magistracy is overburdened with work cannot be an alibi. Such mechanical extension of remand mirrors apathy and culpable triviality to values of personal liberty and human rights. The accused P. Jeyraj and his son J. Bennix were booked for violation of lockdown norms as they had kept their shop open just for fifteen minutes beyond the prescribed time. They had not committed any heinous offence that could justify remand or custody. It was a petty offence and the Magistrate had full power to release them on bail having seen the health condition of the accused. But he accepted the police version as gospel truth. But magistracy failed to discharge its judicial function judiciously.

Law vests sufficient powers in the magistrate to check arbitrary arrests and other police excesses to facilitate a more perceptive probe into the discovery of truth at various stages of an investigation and even after filing of the police report as discussed by the Supreme Court in Sakiri Vasu v. State of U. P., 2007. Therefore, the Dharma of magistracy lies in the smart use of these legal provisions in order to uphold constitutional values and the Rule of law. He ought not to hesitate in recalibrating the scales of justice and even caringly discriminating to rectify systemic asymmetries and disadvantages towards the weaker accused, witness or the complainant. The High Court of Madras should ensure a fair investigation about the role of the Judicial Magistrate in this matter and if the Judicial Magistrate is found guilty of negligence or willful non-compliance of the Supreme Court directions, he should be held responsible for judicial impropriety and misconduct. The responsibility of the magistracy needs to be fixed at the earliest. In this land of Babasaheb, law is the king of the kings. Nobody is above the law including the Judicial Magistrates.