Forensic Science In The Dock: The Questions We Are Not Asking 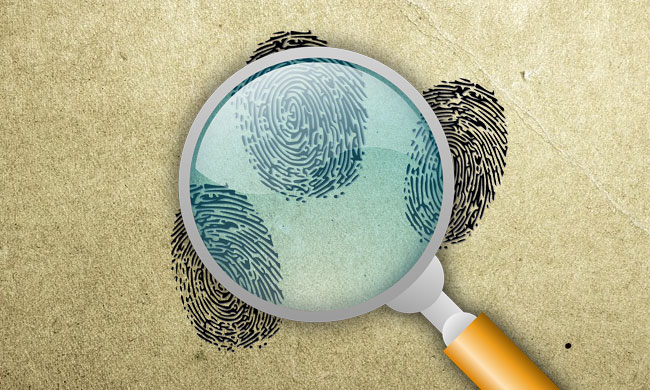 Dr. Salunkhe, the all-round expert from the popular series CID, was arguably one of the most iconic characters on Indian television. A hero in the Crime Investigation Department, Dr Salunkhe had a 'fool-proof', scientific solution for all crimes, always leading to the 'right' culprit. While he made forensic laboratories a familiar concept for the Indian masses, this work of fiction...

Over the last two decades, scientific inquiry into the underlying basis of different forensic disciplines has surged. This movement has particularly focussed on pattern matching disciplines which historically developed on the basis of observation and reasoning without any scientific testing, in order to aid police investigations. These disciplines include latent fingerprinting, bitemark comparison, ballistics and toolmark analysis. Although these forensic techniques gained popularity amongst investigative agencies, the scientific research to examine their underlying assumptions of uniqueness and reliability of methods emerged much later. Taking notice of this, the US National Academy of Science released a groundbreaking report in 2009 stating that with the "exception of nuclear DNA analysis, no forensic method has been rigorously shown to have the capacity to consistently, and with a high degree of certainty, demonstrate a connection between evidence and a specific individual or source." The report made several recommendations for ensuring the use of valid and reliable forensic evidence. These included promotion of research to measure the accuracy of forensic methods, development of best practices and standards, mandatory accreditation of forensic laboratories and strict quality management procedures.

In 2016, a group of eminent scientists known as the US President's Council of Advisors on Science and Technology (PCAST) reviewed literature relating to seven forensic disciplines i.e. DNA profiling (single source samples and complex DNA mixtures), bitemark, fingerprint, firearms, footwear and hair analysis. The PCAST report outlined the scientific criteria for establishing the validity and reliability of forensic evidence. With the exception of single source DNA profiles and two-person DNA mixtures, the PCAST noted that these disciplines, including complex DNA mixtures, are highly subjective and prone to human error. PCAST's findings were particularly damning in the context of bitemark analysis, where it was found that examiners cannot even consistently agree on whether a patterned injury is a human bitemark, let alone identifying the source of such alleged bitemark. Since the release of the PCAST report, courts in several jurisdictions have doubted the admissibility of these flawed techniques and even reversed their previous convictions based on such evidence.

While other jurisdictions have adapted their legal systems to scrutinising the limitations of forensic evidence, this movement is yet to begin in India. There is a lack of a strong regime to regulate our forensic science laboratories and forensic medicine departments. Further, Indian law and practice are not designed for a meaningful examination of expert evidence. Neither the text of Section 45 of the Indian Evidence Act which deals with expert evidence nor its judicial interpretation provide any guidance on examining the scientific validity of forensic evidence. With lawyers, prosecutors, and judges unaware about the scientific basis of forensic techniques or their limitations, forensic reports receive little or no scrutiny beyond the traditional 'chain of custody' arguments. This perfunctory examination hampers the right to fair trial for victims and accused alike.

The importance of examining the scientific validity of forensic evidence is well illustrated by the shift in the US judicial discourse on bitemark comparison. A key decision questioning the validity of bitemark evidence is the case of Steven Chaney, who was wrongfully convicted of double murder and exonerated by the Texas Court of Criminal Appeals (TCCA) in December 2018, after spending 28 years in prison. Chaney was able to reagitate his conviction under a new law introduced in 2013, popularly known as the 'Texas Junk Science Law'. This law allowed convicts to challenge their convictions based on 'relevant scientific evidence' which was not available at the time of trial, and contradicted the evidence presented at trial. While reexamining Chaney's case, the TCCA considered the findings of the NAS report on bitemark analysis, peer-review scientific studies, change in the guidelines by American Board of Forensic Odontology, and affidavits by forensic odontologists. One of the odontologists who had originally testified during trial also submitted an affidavit. The odontologist had testified that the bitemark on the victim's arm was a "perfect match" to Chaney's dentition with a "one in a million chance" that it belonged to someone other than Chaney. However, acknowledging the evolution in the body of scientific knowledge about bitemarks, he recanted his original testimony and stated that he "would not, and could not testify" as he did during the trial. Based on this material, the TCCA set aside Chaney's conviction and agreed that the uniqueness of human dentition cannot be established.

Unfortunately, in India, such exaggerated and false claims about 'matches', often aided by unscientific terms such as 'reasonable medical certainty', are routinely made by forensic odontologists and remain unchecked. In the 2012 Delhi gangrape case, the Supreme Court noted that bitemarks can "link a specific individual to the crime or victim" and called it "an important and indispensable science". This is despite the availability of widely known scientific literature which shows that human dentition is not unique and proves the unreliability of bitemark comparison. Although the conviction in this case was based on other evidence too, the Court's oblivion to the dubious nature of bitemark comparison should be a grave cause of concern. This misplaced trust in bitemark comparison resurfaced in December 2019, as the Supreme Court in a suo-moto matter noted that forensic odontology is "essential" in rape cases. It even ordered the States to submit status reports on the number of regional laboratories for bitemark analysis. Irrespective of the peculiarities of the Indian legal framework, this move towards greater use of bitemark comparison when overwhelming scientific proof doubts its validity, also signifies the inability of our legal system to prevent the use of unreliable forensic evidence.

As the path ahead, Indian courts should urgently take notice of the scientific research into the validity and reliability of several forensic disciplines. This will not only require a re-examination of the law and procedure relating to forensic evidence but a cultural shift amongst legal professionals and judges towards learning about the foundations of different forensic methods and understanding their limitations. Without this, the quest for truth within the courtroom will remain incomplete.

Project 39A resources on forensics