Gender And The Supreme Court Of India 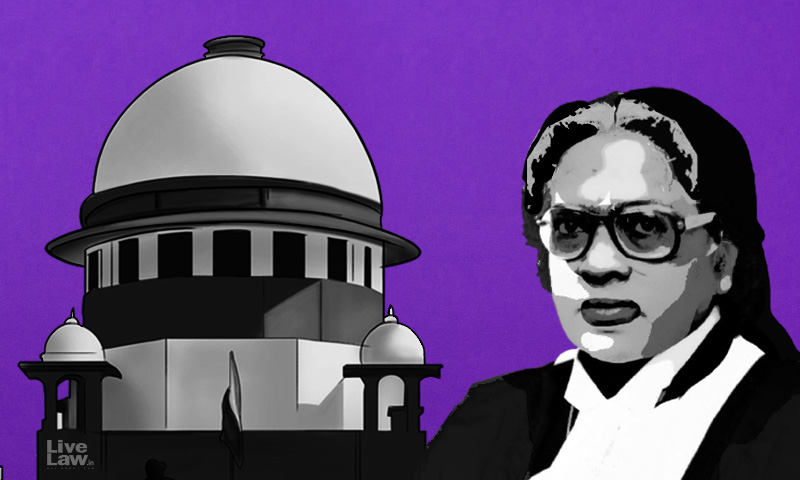 A few days ago, the Learned Attorney General for India ('AG') Shri. K.K. Venugopal, made some important observations about the representation of women in the Supreme Court of India. Speaking on the occasion to recommend ways to gender sensitize the Judges, the AG remarked that more women judges in Constitutional Courts (i.e. Supreme Court and the High Courts) would...

A few days ago, the Learned Attorney General for India ('AG') Shri. K.K. Venugopal, made some important observations about the representation of women in the Supreme Court of India. Speaking on the occasion to recommend ways to gender sensitize the Judges, the AG remarked that more women judges in Constitutional Courts (i.e. Supreme Court and the High Courts) would improve gender sensitivity in the judiciary. He highlighted the under-representation of women in the Supreme Court i.e. 2/34 Judges.

The remarks of the AG are extremely important and need to be pondered upon. Article 15 of the Constitution guarantees to every citizen that she/he shall not be discriminated on the basis of 'sex'. While this may take care of formal discrimination, informal discrimination and bias that plagues the institutions goes unchecked. If we take the Supreme Court for example, despite the Court's 70-year long history, it has never had a female Chief Justice and the number of women justices on the bench has also been underwhelming.

In the present post, I shall elaborate on these two statements and back them with statistics, to show that there is a long way before the Court can truly call itself equal. I shall also narrate a little known story about how the Court missed having its first female chief justice, a decade ago.

Women Justices in the Court:

In a previous article, I have discussed in detail the 'numbers' regarding the appointments made to the Court. Continuing from there, out of the 245 Judges appointed to the Court, only eight have been women i.e. a mere 3.2%. In fact, during the first thirty-nine years of the Court's functioning there was no woman on the Bench. Between the years 1950-2000, only two women were appointed i.e. Justice M.F. Beevi and Justice Sujata Manohar. Fortunately, the numbers improved post the year 2000, as six female Justices have served the Bench. The High Courts of Calcutta (2) and Bombay (2) have produced the maximum number of female Justices wherein, the others have been appointed from Kerala, Patna and Madras respectively.

Even in terms of the appointments from the Bar, the share of women is inadequate. Only one of the seven Justices (i.e. 14%) appointed from the Bar is a woman i.e. Justice Indu Malhotra. Her appointment was made in 2018, fifty-four years after the first appointee in this category.

Women Justices in the Supreme Court

When the Court missed on having a female Chief Justice-

As mentioned above, till date, no woman has served as the Chief Justice of the Supreme Court. This figure is deplorable and reaffirms the accusation of gender bias in matters of appointment. It is believed by many, that the Court could have had its first woman Chief in the form of Justice Ruma Pal.

In the year 2000, three Justices were to be appointed to the Court and the date of swearing in was fixed on 29 January 2000. Prospective appointees i.e. Justice Ruma Pal and Justice Sabharwal were on the same level of seniority and in such tricky situations, according to the settled convention the Justice whose name was higher alphabetically was to be sworn in first, which was Justice Ruma Pal. If the Convention would have been followed, Justice Pal would have served as the Chief after the retirement of Chief Justice Lahoti in the year 2005.

However, in a surprising turn of events the date of swearing in was preponed to 26 January 2000 to coincide with the Golden Jubilee of the Court and somehow this communication did not reach Justice Pal in time. Justice Pal could not reach in time for the swearing in and Justice Sabharwal was sworn in first and became a senior Justice (Justice Pal was sworn in few hours later). He went on to become 36th Chief Justice of India.

Some attribute ulterior motives to this last-minute change while the others term it as a pure co-incidence. Leaving conjecture aside, in my opinion the real victim of this missed opportunity was the Court itself because it lost out on having an excellent Chief Justice in the form of Hon'ble Justice Ruma Pal.

Whenever someone talks about appointing more women Justices on the Court, I am reminded of something which the late great Ruth Bader Ginsburg had said. On being asked, 'how many of the nine judges of the United States Supreme Court should be female? and at what point there would be enough women on the Bench?' RBG simply responded 'when there are nine'.

I think the same can be said of the Indian Supreme Court. While the Collegium and the government since the year 2014 need to be lauded for their efforts towards elevating more female Justices i.e. first female Justice from the Bar i.e. Justice Indu Malhotra and elevation of three female Justices within the shortest time of four years, there is still a long way to go. I believe, having a woman Chief Justice and more associate Justices, would be a good start.

(The author is a Delhi-based advocate. The article was published on the author's personal blog "The Basic Structure". The author does not wish to offend any member of the legal fraternity with this post.)