Google - Paytm Feud: Is It Time To Regulate Application Stores In India? 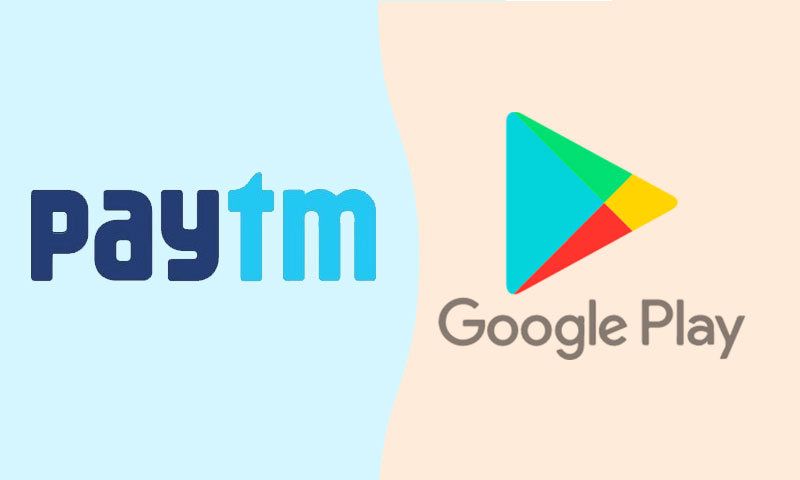 Recently, the Paytm application. was taken down from the Android Play Store by Google on the ground that it featured games that were against Google's gambling policy. Google claimed that the cash back feature of the Paytm Game called 'India Cricket League' facilitated unregulated gambling. However, Paytm was restored on the Play Store after it agreed to remove its cashback feature....

Recently, the Paytm application. was taken down from the Android Play Store by Google on the ground that it featured games that were against Google's gambling policy. Google claimed that the cash back feature of the Paytm Game called 'India Cricket League' facilitated unregulated gambling. However, Paytm was restored on the Play Store after it agreed to remove its cashback feature. With this background, this article examines how application stores such as Google's Play Store are regulated in India. It also analyses whether Google was justified in arbitrarily delisting the Paytm application from its Play Store.

Regulation of Application Stores in India

Currently, there are no specific legislations in order to govern application stores in India. It is pertinent to understand that application stores provide customers with virtual services such as communication, food delivery, banking, medical, etc., thereby falling under the purview of Consumer Protection Act, 2019 (CPA) and Consumer (E-commerce) Rules, 2020 (E-commerce rules). Section 2(17) of the CPA has defined an electronic service provider 'a person who provides technologies or processes to enable a product seller to engage in advertising or selling goods or services to a consumer and includes any online marketplace for online auction sites'. Section 2(42) of the CPA has defined services as 'service of any description which is made available to potential users and includes, but not limited to, the provision of facilities in connection with banking, financing, insurance, transport, processing, supply of electrical or other energy, telecom, boarding or lodging or both, housing construction, entertainment, amusement or the purveying of news or other information, but does not include the rendering of any service free of charge or under a contract of personal service'. Hence, a conjoint reading of both these provisions implies that application stores can be considered as electronic service providers who facilitate the aggregation of users at a common platform, i.e., the application stores.

Under the erstwhile Consumer Protection Act, 1986, the online marketplace entities often used the shield of 'safe harbour protection' provided to intermediaries under Section 79 and Section 81 of the Information Technology Act, 2000 and the provisions of Information Technology (Intermediary Guidelines) Rules, 2011 to escape all liabilities with respect to the contracts between buyers and sellers. Thus, reference must be made to the case of Christian Louboutin SAS v Nakul Bajaj & Ors , wherein the court observed that 'So long as they are mere conduits or passive transmitters of the records or of the information, they continue to be intermediaries, but merely calling themselves as intermediaries does not qualify all e-commerce platforms or online market places as one'. From the conjoint reading of the provisions of the CPA and the judicial interpretation of intermediaries in the aforementioned case, it is evident that the 'application stores' fall under the ambit of an electronic service provider as laid down under the CPA.

Regulation of application stores in Other Countries

In Australia, there is no specific legislation to regulate Application Stores. One can observe that the scope of its Competition and Consumer Protection Act, 2010 is broad enough to cover issues arising out of application stores.

On July 12th, 2020, the European Union adopted the Regulation of the European Parliament and of the Council on promoting fairness and transparency for business users of online intermediation services (P2B Regulations). The P2B Regulations are applicable to online software application services (application stores) such as the Apple App Store, Play Store and the Microsoft Store respectively. The said regulations have a provision according to which the application stores cannot exclude all the goods or services of a business user (application) in order to maintain proportionality. Termination of the entire application is allowed only in severe cases wherein the application violates multiple or all terms and conditions of the application store. In such a scenario, the Play Store would not be able to arbitrarily take down the entire application as it did with Paytm in India. Instead, it would be obligated to only remove a certain feature of the application such as the cashback feature in this case, which flouted the terms and conditions of the Play Store. In light of the same, the authors discuss whether the cashback feature provided by Paytm in its fantasy sport 'India Cricket League' actually amounted to gambling as cited by Google.

Position of online gambling in India

It is important to realize that the legislative framework of online gambling in India is not uniform. The Constitution of India has empowered the states to enact laws relating to gambling. In light of the same, few states such as Bihar, Chattisgarh, Haryana, Himachal Pradesh, Jharkhand, Uttarakhand, etc have enacted the Public Gambling Act, 1867. While states such as Assam, Andhra Pradesh, Daman and Diu, Haryana, Goa, and Kerala have passed legislations to regulate gambling, states such as Bombay and Gujarat have enacted legislations to prohibit gambling. It is pertinent to note that these legislations were passed with respect to regulation of physical gambling and not online gambling. Sikkim, Nagaland and Telangana are few states which have statutes related to regulation of online gambling under which only 'games of skill' are considered legal. While it is practically impossible to thwart online gambling in India, the authors contend that the recommendations of the Law Commission's Report in 2018 titled 'Legal Framework: Gambling and Sports Betting including in Cricket in India' must be taken into consideration to effectively regulate online gambling in India. The Sports (Online Gaming and Prevention of Fraud) Bill, 2018 which was shelved by the Parliament in 2018 must be reconsidered in order to preserve integrity in sports and legalize online gambling in India.

The Indian Courts have thrown some light to clarify the position of online gaming by classifying them as 'game of skill' or 'game of chance'. When the legality of fantasy sports was considered by the High Court of Punjab and Haryana in the Varun Gumber Case, it held Dream 11's format of fantasy sport to be a game of skill. This decision was reiterated by the High Court of Bombay in the case of Gurdeep Singh Sachar v Union of India. The Supreme Court's judgment in this regard remains to be seen. In light of these decisions, one can observe that the 'India Cricket League' game of Paytm greatly resembles the format of fantasy sport 'Dream 11' which enables users to create their own cricket teams consisting of real life cricket players for the upcoming matches. While such a format has been legally recognized and allowed in the cases discussed above, Google citing Paytm's game as a 'facilitator of unregulated gambling' is beyond the legalities contemplated in the field of Indian fantasy sports. Thus, the authors contend that Google's actions in this regard can not only be considered as an abuse of its dominant position but also in the violation of India's competition laws.

Abuse of dominant position by Google

It is a well-established fact that Google is a dominant market player in the field of technology. Thus, Google's decision to arbitrarily remove Paytm from its Play Store has raised suspicions of anti-competitive practices by Google. This can be attributed to the fact that Google wants to subdue Paytm which is not only India's go to payments application, but also a major competitor to Google's own payment application i.e., Google Pay. This can be considered to be in the violation of Section 4 of the Competition Act, 2002 which clearly prohibits a dominant player from abusing its market position. Similar allegations have been made earlier that Google predominantly showcases its Google Pay application over other applications inside the Play Store in India. Such a move by Google would provide it with an unfair advantage over other applications of the competitors, thereby abusing its dominant market position.

In 2018, the Google was fined with 21 million dollars by the CCI for indulging in a 'search bias'. An appeal against the same is still pending. Also, in 2019, CCI had probed into Google's alleged misuse of is dominant position to reduce the ability of smartphone manufacturers to opt for alternative versions of its Android Mobile Operating System. CCI's order in this regard remains to be seen.

Attention must be given to the fact that YouTube (Google's company) charges hefty fees to promote Paytm First Games. By doing so, Google is contradicting its own 'gambling' policy by promoting Paytm First Games on YouTube but not allowing the same to be listed on its Play Store. Although Paytm First games has been relisted in the play store, Google's actions clearly denote an inherent essence of anti-competitiveness in the market, thereby establishing its supremacy.

As a consequence of Google's Monopolistic behaviour, Paytm has launched its own mini application store to provide consumers and developers with 'choice' of more than 300 apps on it without charging any commission or fee for any of the applications on it unlike Google's 30% commission on apps. This is a clear head on fight by Paytm against Google which is aimed at providing better customer services for application developers by filling in all the service gaps prevalent in the Google Play Store.