Is The Green Hydrogen Policy A Viable First Step Towards Power/Energy Security? 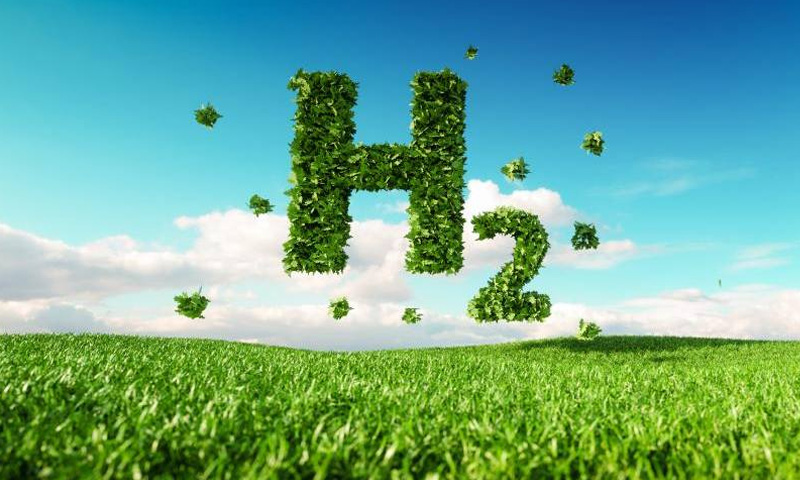 India signed the Paris agreement (COP21, 2016), according to which, by the year 2030, India is committed to reducing its greenhouse emissions by 33-35% from the 2005 levels. On Independence Day 2021, PM Modi announced the National Hydrogen Mission. In COP-26 summit (Glasgow, October-November 2021), India pledged to be carbon neutral by 2070. In furtherance of that, the Government of India (in February 2022) launched the first phase of the Green Hydrogen Policy ("the Policy"), as part of the National Hydrogen Mission. It aims to aid the government in meeting its climate targets and making India a green hydrogen hub. By 2030, Indian Government aims to produce five million metric tonnes per annum of green hydrogen.

Hydrogen is manufactured through an energy-intensive process called Electrolysis. If electrolysis is powered through renewable sources, then the product is called 'green hydrogen'. This process of electrolysis is uneconomical, and the Policy aims to counter just that. Presently India is primarily producing 'gray hydrogen' (hydrogen produced using fossil fuels).

Besides greatly feeding India's need for renewable energy, (green) hydrogen has the capacity to be a complete replacement of coal, it has various uses such as

Legislation Or Lack Of It:

There is no specific legislation governing 'Renewable Energy' in India, however renewable energy falls under the Electricity Act, 2003 (which provides a framework for the generation, transmission, distribution, trading and use of electricity) and Central Electricity Regulatory Commission (Terms and Conditions for Tariff Determination from Renewable Energy Sources) Regulations, 2017, which defines it.

In February 2022, Government of India launched the Green Hydrogen Policy (National Hydrogen Mission) to promote production and usage of green hydrogen, while aiming at India's climate targets. This was notified by Ministry of Power, however the nodal government agency for renewable energy is the Ministry of New & Renewable Energy.

The launch of the Policy comes at a significant time as India is currently facing a coal-shortage and a power crisis. The Policy aims to reduce India's dependence on fossil fuels by promoting the production of green hydrogen and green ammonia, the "future fuels", while also addressing its climate goals.

The Policy addresses several challenges being faced by India in its bid for a cleaner fuel. It has various attributes,

Application Of The Present Legislation And Rules Thereof:

The incentives will significantly reduce the cost of manufacturing green hydrogen and promote its usage. Since there is no legislation governing renewable energy, the generation, transmission, distribution and usage of hydrogen power will fall under the Electricity Act, 2003 and the tariffs for hydrogen power will be determined by Central Electricity Regulatory Commission (Terms and Conditions for Tariff Determination from Renewable Energy Sources) Regulations, 2017, unless new legislation and rules thereof, are introduced. It should be kept in mind that India's current demand for hydrogen is approximately 6.7 million tonnes, which is projected to double by 2030. It is pertinent to point out that, green hydrogen it is still costing more than gray hydrogen. At this point in climate history, it is necessary to continuously invest in R&D.

The Constitution of India has laid down a fundamental duty to "protect and improve the natural environment". Additionally, people all over the world celebrate 'Earth Day' as 'Mother Earth Day'. In May 2022, the Madras HC declared"Mother Nature" as a "living being" with the status of a legal person, with all corresponding rights, duties and liabilities of a living person and urged to preserve and conserve them, in the case of Periyakaruppan v The Principal Secretary. Therefore, Madras High Court's granting legal status to "Mother Nature" as a living being only adds to the sentiment that the earth is ours to protect and preserve.

However, the power crisis in India, is much more complex than that. India is hugely dependent on coal and there is a coal shortage in India. 108 of 173 thermal power plants have critically low levels of stock. The Ukraine-Russia war has led to high international prices of coal. The heatwave spell across major cities in India, along with the slow economic recovery after Covid-19 has all hit India at the same time. Coal plants are responsible of huge amounts of carbon dioxide (CO2) emissions. In fact, climate change is coal's most serious global impact.

While India is facing energy/ power crisis, the world (including India) is collectively facing a climate crisis. The transition from reliance on coal to economically sustainable green hydrogen is an important step towards energy security, climate security and the economy. Green hydrogen is not a stand-alone solution. Green hydrogen/ ammonia, along with other renewable energy sources complement each other. Altogether, they should be seen as an alternative to coal. It must be noted that the Policy has been introduced in the most opportune time, however, if India's reliance on coal had been reduced earlier, the power crisis wouldn't even have happened.

To conclude, the incentives introduced by the Policy, are wide ranging and they are an important next towards India's power/energy security. However, constant research & development in clean tech is needed to keep a Policy such as this sailing.